Still seething at his treatment at the Khimki Arena on Wednesday, the Manchester City midfielder delivered his stark message as UEFA announced they were investigating CSKA Moscow over the racist behaviour of their fans.

With even a state-owned news agency admitting racist chanting was common at Russian league games, Toure spelled out the consequences of failing to clamp down.

Speaking after being subjected to monkey chants in City’s Champions League win, the Ivory Coast midfielder said: ‘It is a real problem here, something that happens all the time, and of course they need to sort it out before the World Cup. Otherwise, if we are not confident coming to the World Cup in Russia, we don’t come.’ 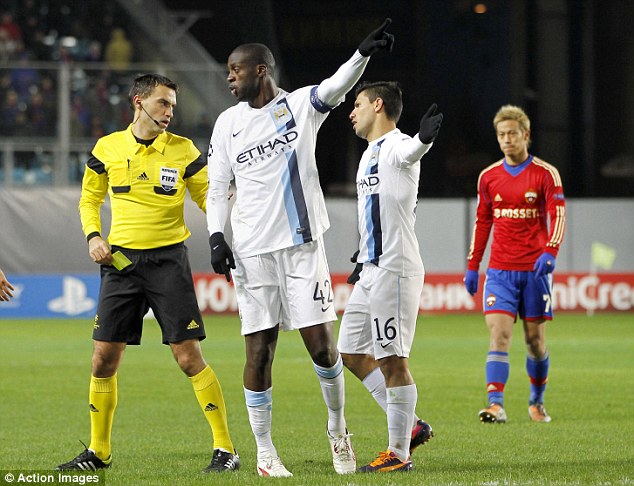 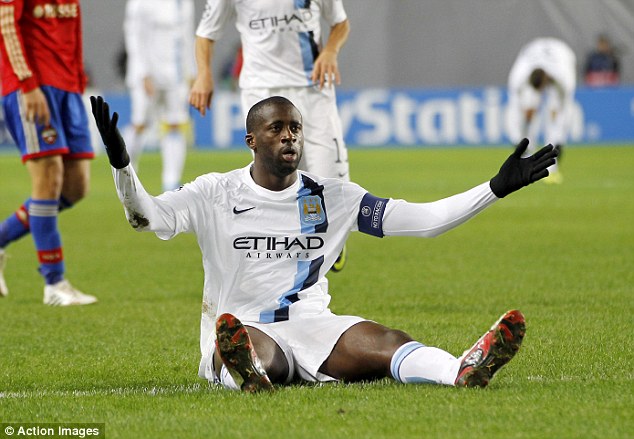 What’s going on? Toure gestures towards the fans 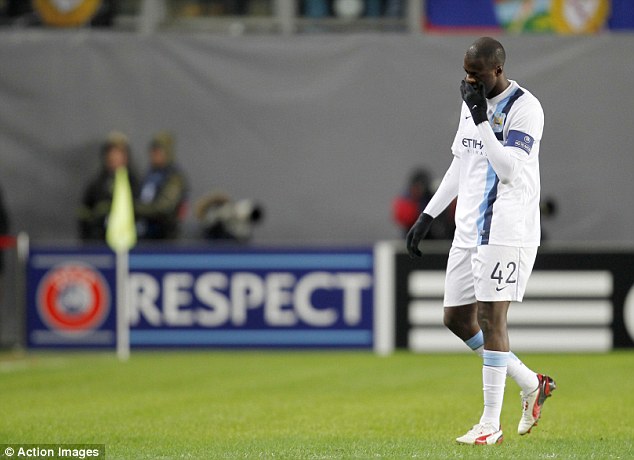 Time to act: Toure has called on UEFA to take action against fans who racially abuse players 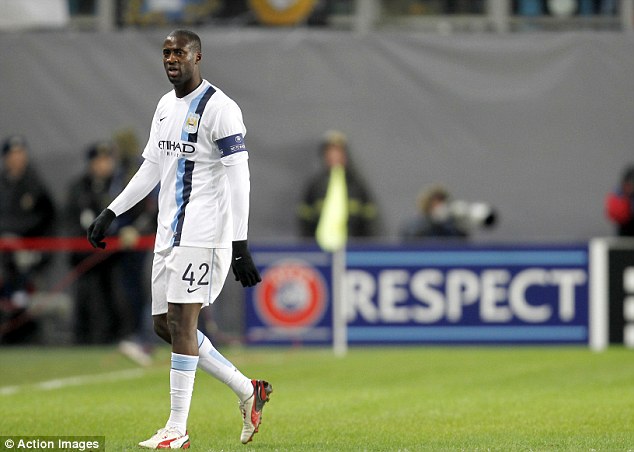 Target: Toure was the victim of monkey chants from sections of the Moscow crowd 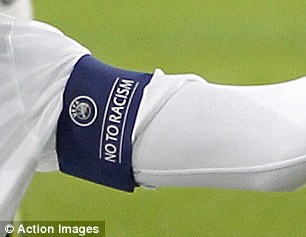 Respect: Toure wore a ‘No to racism’ armband

Despite CSKA officials pleading innocence, UEFA said on Thursday disciplinary proceedings had been opened against them ‘for the racist behaviour of their fans and for setting off fireworks’. The case will be dealt with on Wednesday.

City confirmed yesterday that they have made a written complaint to UEFA about the incident.

CSKA shamelessly claimed they were ‘surprised and disappointed’ by Toure’s allegations and even suggested he may have imagined the monkey noises.

‘Nothing special happened,’ said deputy media manager Michael Sanadze. ‘Nobody else, other than Toure, heard anything.’

A club statement added: ‘Having carefully studied the video of the game, we found no racist insults from fans of CSKA. In many occasions, especially during attacks on our goal, fans booed and whistled to put pressure on rival players, but regardless of their race. Why the Ivorian midfielder took it as all being directed at him is not clear.’

In another shameless act, CSKA wheeled out their Ivory Coast striker Seydou Doumbia to defend the club. He said: ‘I didn’t hear anything like that from the CSKA fans.’ 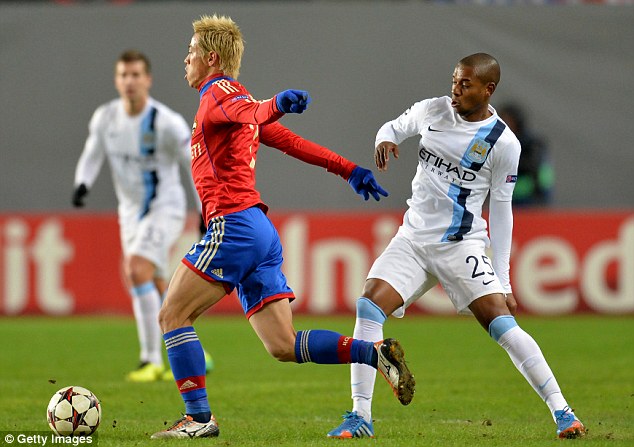 Him too? Fernandinho (right) may also have been the subject of racist abuse during the game 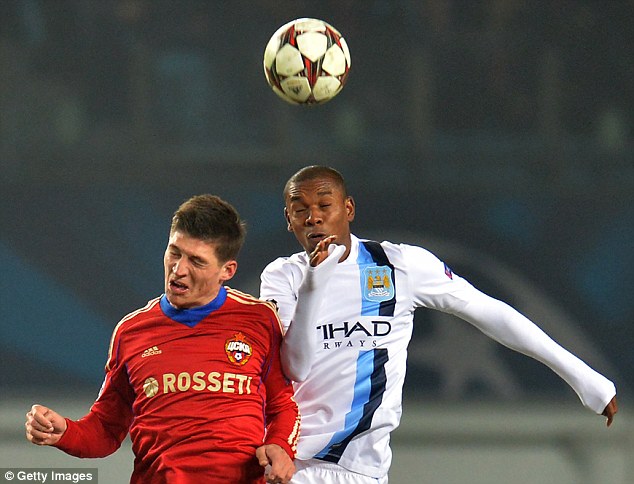 Job done: But Fernandinho and City managed to take all three points in Moscow on Wednesday night

However, Vyacheslav Koloskov, the honorary president of the Russian FA, said UEFA had no reason to open an investigation into the chants and suggested the allegations were ‘provocations’ aimed at discrediting Russian football.

‘Previous provocations from the British and now this story are along the same track – I have no doubt about it,’ he said.

‘It started when Lord Triesman dreamt of some conspiracy between Spain and Russia.

‘So it continues on the same track – we react and because of this it gives them a reason to carry on with the same topic.

‘If it were me, I’d stop publishing these articles from England and then it would stop. There would be no interest in this rubbish talk any more. 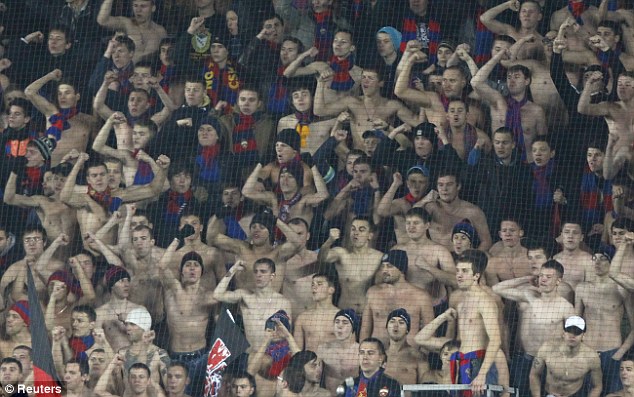 Major problem: Russian fans have a long history of racism towards black players 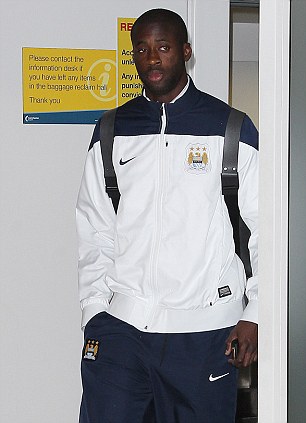 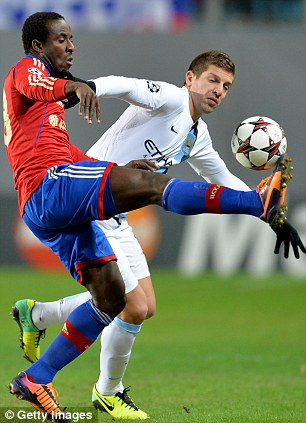 No way: Toure, pictured left arriving back in Manchester, was accused of exaggerating by Seydou Doumbia 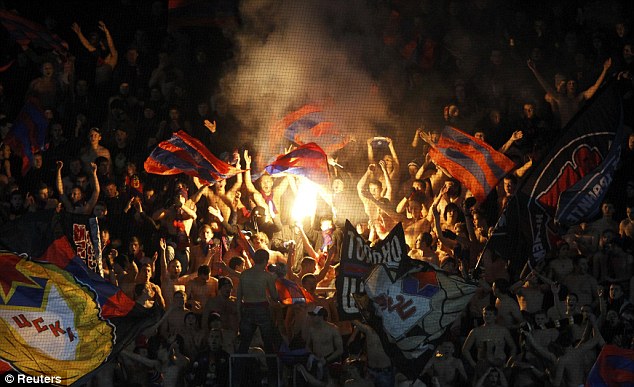 ‘Toure could have dreamt it. The linesman is running the line, closer to the stands than Toure – and he didn’t hear anything.

‘But Toure has dreamt something up there.

‘And if it is true that an investigation has been opened, then UEFA is absolutely wrong. They don’t have any reason to do it.’
CSKA claimed they were ‘surprised and disappointed’ by Toure’s allegations.
A club statement added: ‘In many occasions, fans booed and whistled to put pressure on rival players, but regardless of their race. Why the Ivorian midfielder took it as all being directed at him is not clear.’
In another shameless act, CSKA wheeled out their Ivory Coast striker Seydou Doumbia to defend the club.
However, the ramifications of Wednesday’s hearing will be felt at the highest level as the Russian authorities bid to safeguard  their standing as World Cup hosts. 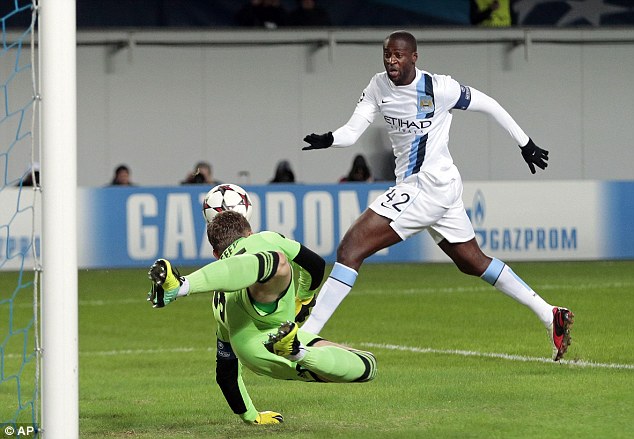 Abuse: Toure is believed to have been subjected to monkey chants 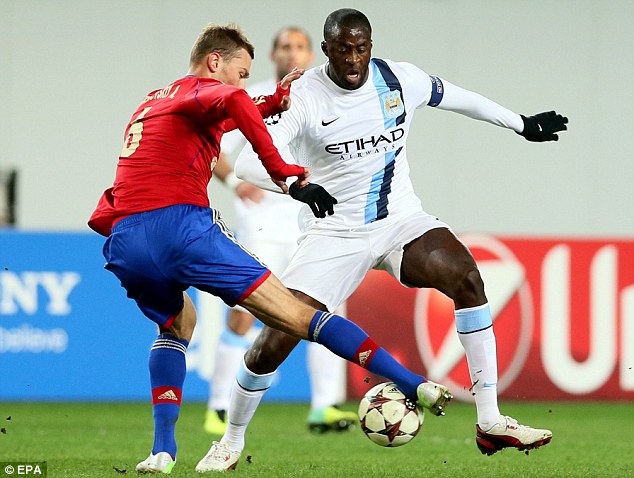 Focused on the game: Toure did not seem to let the abuse affect him as City triumphed 2-1

When approached by Sportsmail, President Vladimir Putin’s office declined to comment, and Prime Minister Dmitry Medvedev, an avid football fan, also stayed silent.
State-owned news agency RIA Novosti, though, said in a report: ‘Racist chanting is commonplace at top-flight Russian league games, but prosecutions are rare and clubs whose fans shout racist insults are usually punished with small fines.’
Toure reported the abuse to referee Ovidiu Hategan, who was accused of a dereliction of duty by Kick It Out chairman Lord Ouseley for not stopping the game, as new guidelines suggest should happen.
UEFA communications director David Farrelly said: ‘The executive committee, supported by the UEFA Congress, felt fines were not a deterrent and decided to change the regulations in order to tackle the problem in a more effective way.’
This season, UEFA have imposed full stadium bans on Dinamo Zagreb, Legia Warsaw and Honved for racist behaviour by fans and five others have had partial stadium closures.
Read more: http://www.dailymail.co.uk/sport/football/article-2475924/Yaya-Toure-racism–black-players-boycott-2018-Russia-World-Cup.html#ixzz2irjnqGFb