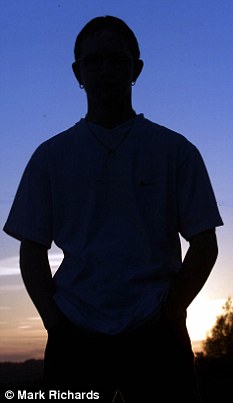 Left an emotional wreck: Black steel worker Elijah Turley (not pictured) has been awarded $25million in damages after suffering years of racist abuse at the hands of his fellow employees at a plant in Buffalo, U.S (file image)

A federal jury has awarded $25million in damages to a U.S. steel plant employee who says his bosses at Luxembourg-based ArcelorMittal failed to stop years of racial taunts and insults from co-workers.

A jury yesterday found ArcelorMittal and some of its former executives responsible for the treatment of Elijah Turley at the company’s Buffalo, New York-area steel plant, which closed in 2009.

Turley, who is black, testified that ‘KKK’ was written on the walls of the plant and a stuffed monkey with a noose around its neck was found hanging from his driver’s side mirror.

‘It’s absolutely shocking that a case like this is in court in 2012,’ said Turley’s lawyer, Ryan J. Mills, in his closing argument, it was reported in the Buffalo News.

‘It should be viewed as atrocious and intolerable in a civilized society.’

The jury’s unanimous decision followed a three-week trial,where African-American Turley testified about a series of incidents from 2005 to 2008  which left him a physical and emotional wreck and forever changed his life.

The payout was intended to either punish the company or deter it from engaging in similar conduct, the court heard.

Turley, a processor operator in the plant’s pickler department, and others told of instances where he was called ‘monkey’ or ‘boy.’

In his court papers, Turley offered a chronology of events that included the stuffed monkey hanging from his car in the plant parking lot and the ‘KKK’ graffiti written on chalk inside the facility.

Mills told the jury: ‘This case is about the breakdown of a man. He wanted to be treated equally, treated equally in a culture that hadn’t changed since the 1950s.’

Lawyers for ArcelorMittal say the company took steps to halt the harassment, including suspending employees involved.

But the jury found ArcelorMittal liable for allowing a ‘hostile work environment’ to exist and for the ‘intentional infliction of emotional distress’.

‘We are astonished by today’s decision and consider the compensatory and punitive damages figure excessive,’ ArcelorMittal said in a statement.

ArcelorMittal, the world’s largest steel maker by sales, was found liable for all,  but a small percentage of the $25million award.

The company has not commented on whether it will appeal.