President Obama campaigned last week in Jamestown, N.C. Mr. Obama is hoping to repeat his 2008 victory in the state.

Mr. Malik, 48, lost his job as a grading and landscape worker a year and a half ago, another victim of the housing bust. Since then, he has been searching for something, anything, to help make ends meet.

Yet, Mr. Malik, who is black, says he has every intention of again voting for President Obama next year. So does Bobby Hart, 46, a former construction worker here. And Dorothy Artis of Greensboro, N.C., who is looking for a job to help support her grandchildren while her daughter is deployed in Kuwait. And Larry Bennett, who worked for 27 years at Cooper Industries before he lost his job when his division moved out of state.

The 2008 election was the first time that black voters in the United States made up a slightly larger share of the electorate than their share of the population. 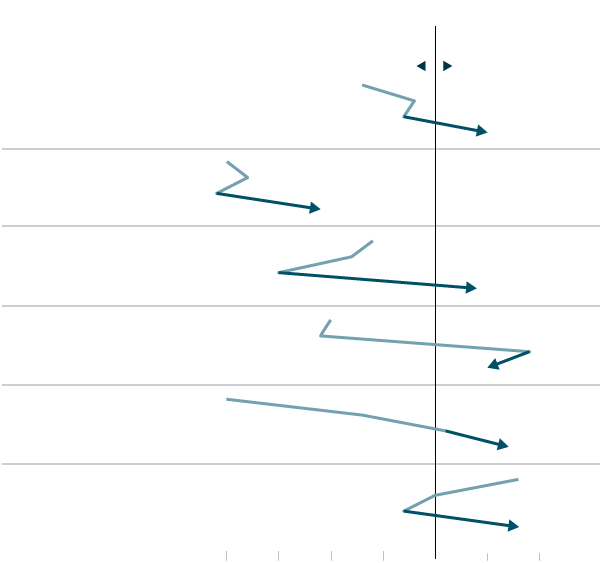 Despite a school of thought in Washington that Mr. Obama’s support among blacks has weakened because of the poor economy and a sense of unmet expectations, interviews and public opinion surveys show that his standing remains remarkably strong among African-Americans.

The question now for the Obama campaign is whether it can energize those voters — many of whom were drawn to the polls for the first time in 2008 by the historic nature of his candidacy coupled with an aggressive registration program — even with a rate of joblessness among blacks that far exceeds national figures.

The president himself, at a high-end Los Angeles fund-raiser Monday after a visit to an ethnically mixed neighborhood, warned donors like the actor Will Smith and Magic Johnson that the coming presidential election “will not be as sexy as the first one,” suggesting it might lack the electricity that motivated many black voters in 2008.

Timothy Ingram brought a photograph of himself and his wife, Jennifer, with President Obama in hopes of having it signed after Mr. Obama’s speech last week in Jamestown, North Carolina.

“The challenge is going to be for the people who were completely inspired by him in 2008 who were atypical voters — to get those people to come back out and vote for him in 2012,” said Jamal Simmons, a Democratic strategist who worked with the Gore campaign in 2000 and the Obama campaign in 2008.

Obama campaign officials say they recognize the difficulty of renewing the enthusiasm that spurred black turnout, but they also say there are still new black voters to be reached. Democratic campaign strategists say they also expect African-Americans to be motivated to vote by Republican attacks on the president and the desire to make certain that Mr. Obama’s historic tenure in the White House extends beyond one term. They are already building staffs in swing states with significant black populations, like Florida, North Carolina and Virginia, for an intensive effort called Operation Vote, which will focus on African-Americans, women and Hispanics.

“Already the foundation is beginning to eclipse what they did in 2008,” said Mike Henry, campaign manager for former Gov. Tim Kaine of Virginia, a Democrat running for the Senate.

Democratic candidates have historically struggled to elevate turnout among blacks, and 2008 was the first time nationally that the black share of the electorate was slightly more than the black share of the voting-age population. In North Carolina, where more than one in five residents are black, Mr. Obama scored perhaps his most unlikely victory with the help of what his campaign said were more than 300,000 black voters who went to the polls for the first time. He needed almost all of them, winning the state by fewer than 14,000 votes out of the more than 4 million cast.

Some believe the president will be hard-pressed to reproduce those results, with a political narrative emerging in Washington that African-Americans have begun to sour on the president. Various black leaders — including Representative Maxine Waters of California, the television host Tavis Smiley and Cornel West, a prominent professor — have criticized Mr. Obama for what they see as not doing enough for black Americans. Mr. Obama fed the story line in a speech last month to the Congressional Black Caucus, when he said African-Americans should “stop crying” and fight for his jobs bill.

Outside Washington, however, the story is markedly different. Mr. Obama’s support among African-Americans appears strikingly strong, even among many who are out of work, who might be expected to complain the loudest.

In a recent Pew Research Center poll, black voters preferred Mr. Obama 95 percent to 3 percent over Mitt Romney, “which is at least the margin he got in 2008,” said Michael Dimock, associate director for research at Pew. “There’s no erosion at all.”

Even more noteworthy, less than 10 percent of black voters in a New York Times/CBS News survey taken last month said that Mr. Obama had failed to meet their expectations as president, while nearly 3 in 10 said he had exceeded expectations. Among nonblack voters, 4 in 10 said he performed worse than expected, while only 5 percent said he had done better.

For many African-Americans, the main reason to support Mr. Obama is easy to cite. They argue that the modern Republican Party protects the rich at the expense of the poor, is hostile to social programs and thinks the way to fix the economy is solely through a trickle-down approach.

“We already know what the Republican Party is offering,” said Mr. Bennett, 57, the former Cooper Industries employee, a plant supervisor before he lost his job. “And we don’t want that.”

Mr. Hart said, “Look at the choice we got with those Republicans.”

Beyond issues, many African-Americans feel an emotional connection to Mr. Obama that seems unshakable, saying that nothing can compare with seeing someone who looks like them in the White House.

That bond still brings tears to the eyes of Sheila Gorham, an elementary school principal in Greensboro, when she talks about the first time she saw Mr. Obama in Charlotte in 2008.

“It was pouring rain and I stood out there with my sister,” she said. It was only one day before the election, and Mr. Obama’s grandmother had just died. “He was solemn,” Ms. Gorham said. But “he talked about how change was going to come.”

This phenomenon is the flip side of the virulent opposition to Mr. Obama that pollsters believe is sometimes connected to his race. It is impossible to know how many voters make up their minds even partly because of race and what the net effect on Mr. Obama’s chances will be. In the 2008 national exit poll, one in five voters said that race played a factor in their vote, but extrapolating how that hurts or helps Mr. Obama is tricky. While many African-Americans may be inclined to vote for Mr. Obama because he is black, there are substantial numbers of white voters who might be less likely to do so for the same reason, pollsters say.

To improve Mr. Obama’s chances, campaign officials say they are planning outreach in places where black voters — and women and Hispanic voters — are known to congregate.

Sitting in a chair at the Ultimate Choice Barber Shop in Charlotte, Brian Gainey, 28, a truck driver, initially hesitated when asked if he was going to vote again for Mr. Obama.

“Yes,” he said finally, adding: “I’d almost like to see someone else win though. Maybe then they’ll see how much better Obama was than whoever will come after him.”

To Lemar Foster Jr., 48, a barber at Ultimate Choice, the Obama family epitomizes a bigger cultural change. “It’s like we got the Cosbys in the White House,” said Mr. Foster, referring to the fictional affluent black family headed by Bill Cosby in the 1980s television show. “I grew up with ‘Sanford and Son’ ” — a show rife with demeaning stereotypes.

“So having the Obamas in the White House?” he asked. “Yeah, I’m very proud. And I’m definitely voting for him again.”