By ROBERTO ZURBANO
Published: March 23, 2013
CHANGE is the latest news to come out of Cuba, though for Afro-Cubans like myself, this is more dream than reality. Over the last decade, scores of ridiculous prohibitions for Cubans living on the island have been eliminated, among them sleeping at a hotel, buying a cellphone, selling a house or car and traveling abroad. These gestures have been celebrated as signs of openness and reform, though they are really nothing more than efforts to make life more normal. And the reality is that in Cuba, your experience of these changes depends on your skin color.
The private sector in Cuba now enjoys a certain degree of economic liberation, but blacks are not well positioned to take advantage of it. We inherited more than three centuries of slavery during the Spanish colonial era. Racial exclusion continued after Cuba became independent in 1902, and a half century of revolution since 1959 has been unable to overcome it.
In the early 1990s, after the cold war ended, Fidel Castro embarked on economic reforms that his brother and successor, Raúl, continues to pursue. Cuba had lost its greatest benefactor, the Soviet Union, and plunged into a deep recession that came to be known as the “Special Period.” There were frequent blackouts. Public transportation hardly functioned. Food was scarce. To stem unrest, the government ordered the economy split into two sectors: one for private businesses and foreign-oriented enterprises, which were essentially permitted to trade in United States dollars, and the other, the continuation of the old socialist order, built on government jobs that pay an average of $20 a month. 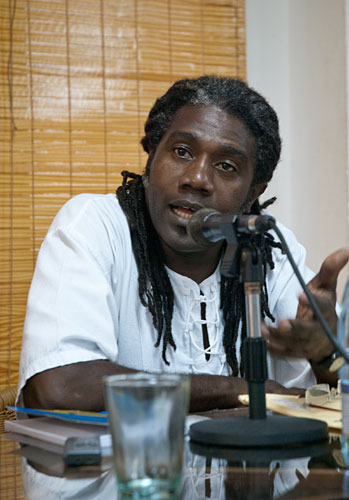 It’s true that Cubans still have a strong safety net: most do not pay rent, and education and health care are free. But the economic divergence created two contrasting realities that persist today. The first is that of white Cubans, who have leveraged their resources to enter the new market-driven economy and reap the benefits of a supposedly more open socialism. The other reality is that of the black plurality, which witnessed the demise of the socialist utopia from the island’s least comfortable quarters.
Most remittances from abroad — mainly the Miami area, the nerve center of the mostly white exile community — go to white Cubans. They tend to live in more upscale houses, which can easily be converted into restaurants or bed-and-breakfasts — the most common kind of private business in Cuba. Black Cubans have less property and money, and also have to contend with pervasive racism. Not long ago it was common for hotel managers, for example, to hire only white staff members, so as not to offend the supposed sensibilities of their European clientele.
That type of blatant racism has become less socially acceptable, but blacks are still woefully underrepresented in tourism — probably the economy’s most lucrative sector — and are far less likely than whites to own their own businesses. Raúl Castro has recognized the persistence of racism and has been successful in some areas (there are more black teachers and representatives in the National Assembly), but much remains to be done to address the structural inequality and racial prejudice that continue to exclude Afro-Cubans from the benefits of liberalization. 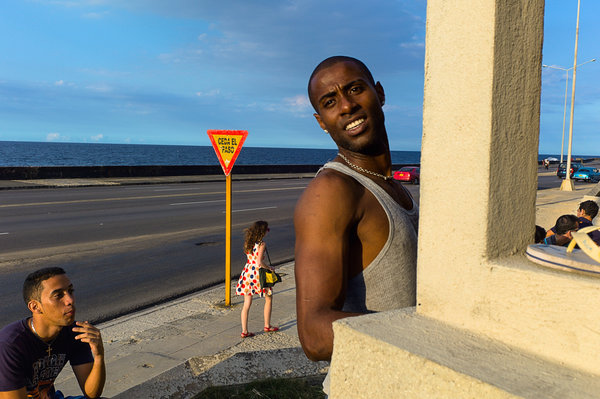 
Racism in Cuba has been concealed and reinforced in part because it isn’t talked about. The government hasn’t allowed racial prejudice to be debated or confronted politically or culturally, often pretending instead as though it didn’t exist. Before 1990, black Cubans suffered a paralysis of economic mobility while, paradoxically, the government decreed the end of racism in speeches and publications. To question the extent of racial progress was tantamount to a counterrevolutionary act. This made it almost impossible to point out the obvious: racism is alive and well.
If the 1960s, the first decade after the revolution, signified opportunity for all, the decades that followed demonstrated that not everyone was able to have access to and benefit from those opportunities. It’s true that the 1980s produced a generation of black professionals, like doctors and teachers, but these gains were diminished in the 1990s as blacks were excluded from lucrative sectors like hospitality. Now in the 21st century, it has become all too apparent that the black population is underrepresented at universities and in spheres of economic and political power, and overrepresented in the underground economy, in the criminal sphere and in marginal neighborhoods.
Raúl Castro has announced that he will step down from the presidency in 2018. It is my hope that by then, the antiracist movement in Cuba will have grown, both legally and logistically, so that it might bring about solutions that have for so long been promised, and awaited, by black Cubans.
An important first step would be to finally get an accurate official count of Afro-Cubans. The black population in Cuba is far larger than the spurious numbers of the most recent censuses. The number of blacks on the street undermines, in the most obvious way, the numerical fraud that puts us at less than one-fifth of the population. Many people forget that in Cuba, a drop of white blood can — if only on paper — make a mestizo, or white person, out of someone who in social reality falls into neither of those categories. Here, the nuances governing skin color are a tragicomedy that hides longstanding racial conflicts.
The end of the Castros’ rule will mean an end to an era in Cuban politics. It is unrealistic to hope for a black president, given the insufficient racial consciousness on the island. But by the time Raúl Castro leaves office, Cuba will be a very different place. We can only hope that women, blacks and young people will be able to help guide the nation toward greater equality of opportunity and the achievement of full citizenship for Cubans of all colors.