By SUSAN SAULNY
Published: January 20, 2013
The Rev. Greggory L. Brown, a 59-year-old pastor of a small Lutheran church, committed himself to ministry and a life pursuing social justice on April 4, 1968 — the day the Rev. Dr. Martin Luther King Jr. was slain by an assassin’s bullet.
And four years ago, like so many African-Americans around the country, he saw Barack Obama’s rise to the presidency as nothing short of a shocking validation of Dr. King’s vision of a more perfect union, where the content of character trumps the color of skin. “I was so excited when he was giving that first inauguration speech,” said Mr. Brown, of Oakland, Calif. “I could feel it in my bones.”
On Monday, when President Obama places his hand on Dr. King’s personal Bible to take a second, ceremonial oath of office, he will be symbolically linking himself to the civil rights hero. But Mr. Brown, along with other African-Americans interviewed recently, said their excitement would be laced with a new expectation, that Mr. Obama move to the forefront of his agenda the issues that Dr. King championed: civil rights and racial and economic equality. 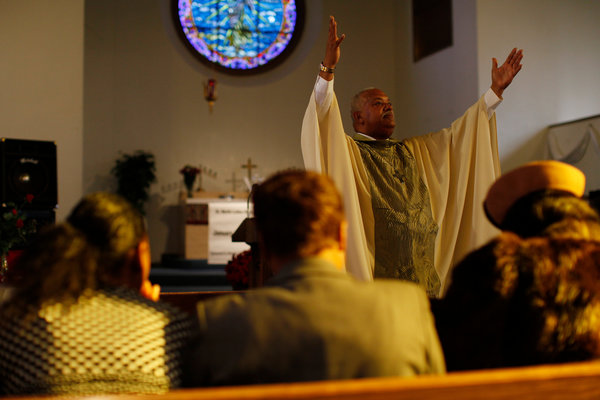 The Rev. Greggory L. Brown, with his Lutheran congregation in Oakland, Calif., says he prays for President Obama each week.

Ancient plague that killed all but 5,000 'pre humans' may have been key to man's triumph over the Neanderthals

Black Family tries to buy a home in all white neighborhood: All the Way Home (1957 Short Film)