Blood Diamonds is a made-for-TV documentary, originally broadcast on the History Channel, that looks into the trade of diamonds which fund rebellions and wars in many African nations. The program focuses primarily on the nation of Sierra Leone. Diamonds which are traded for this purpose are known as blood diamonds. As with many History Channel specials, its original airdate coincides with a mainstream period film, in this case, Blood Diamond(2010). 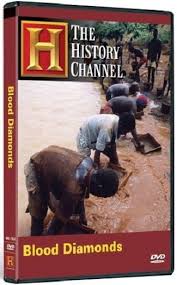 The episode follows typical documentary format, hopping from topic to topic between commercial breaks. The topics discussed are as follows: