February 28, 2013, 1:16 pm
By TAYLOR M. POLITES
On Jan. 16, 1863, Dr. Thomas Fearn died of pneumonia at his home in the northern Alabama city of Huntsville. Fearn had studied medicine in London, Paris and Philadelphia, and was the first doctor to treat malaria patients with quinine. He was also a businessman and slaveholder. He had served at the February 1861 Constitutional Convention and in the first Confederate Congress in Montgomery, Ala.
Fearn’s illness was reportedly of long duration, having begun when he was imprisoned for supporting guerrilla activity after the Third Division of the Union’s Army of the Ohio had swept into the area the previous spring.
The Union invasion had proceeded much more smoothly than anyone, including the commanding general, Ormsby Mitchel, had expected. Without firing a shot, he had taken everything north of the Tennessee River from Florence in the west to Bridgeport in the east, including the important east-to-west Memphis and Charleston Railroad. 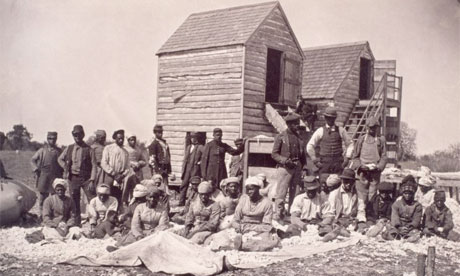 But an easy invasion gave way to a difficult, often bloody occupation. The arriving Union forces had expected to find a strongly pro-Union population in northern Alabama; instead, Mitchel found a region deeply divided among Unionist and Confederate, slave and free, black and white.
The hill counties south of the Tennessee River were notoriously Unionist, populated with yeoman farmers with no interest in struggles to preserve slavery. In the counties along the Tennessee River, however, yeoman farmers mixed with large slaveholders in the river bottoms and fertile plains that were ideal for cotton planting. Unionists and secessionists in northern Alabama were neighbors, business partners and kin. Geography and custom tied the region economically to Tennessee to the north.
Rather than siding with the fire-breathers of the Black Belt, farther to the south, northern Alabamians had initially tried to walk a tightrope, hoping to coordinate action with other seceding states rather than recklessly secede alone. The famed fire-breather William Lowndes Yancey threateningly referred to these cooperationist northern Alabamians as “enemies of the State.”
The arrival of Mitchel’s army in Huntsville in the early morning hours of April 11, 1862, drew differing reactions from local residents. Former Secretary of War Leroy Pope Walker, who had ordered the firing on Fort Sumter, fled his home. But a lawyer who lived nearby, George Lane, nailed his American flag to a pole over his house, where it remained until the occupation ended five months later.
The Confederate matron Mary Chadick arrived at General Mitchel’s headquarters by 7 on the morning of the invasion at the head of a group of women. They demanded that captured Confederate wounded be released to their care. Mitchel complied. Nevertheless, the next day she recorded in her diary: “Truly our town is full of the enemy. There is a sentinel at every corner. Everybody keeps the front door locked, and I make it a point to answer the bell myself, not permitting children or servants to open it. They have been searching the houses today for arms … Servants are giving information of all the arms and soldiers who have been concealed.”

Speakers For The Dead: story of 1st settlers of Priceville, Ontario Canada who were black