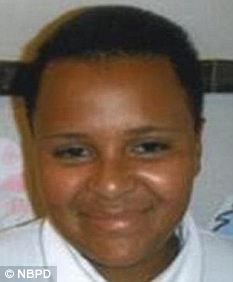 Found dead: The body of Francisco Perera, 10, was found in a New Jersey river Monday

The discovery of two bodies in a New Jersey river just hours after two young boys disappeared has their parents bracing for bad news.

Francisco Perera, 10, and Devine Nicholas, 11, went missing Sunday evening shortly after they told their respective mothers that they were headed to a nearby park.

Francisco’s body was the first one to be pulled out of the Raritan River Monday afternoon.

NBC New York reports that a fisherman spotted the body of what he thought was a ‘little boy’.

Francisco’s family confirmed to police that it was her son.

A state police helicopter was used to find the second body, which was a half mile downriver from where the fisherman found the first. 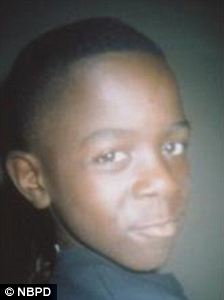 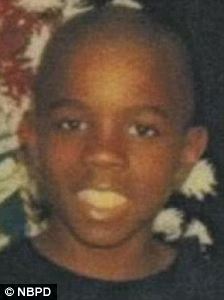 Unconfirmed: The body of Devine Nicholas, 11, was found further down the river from his friend, and Devine’s mother said he didn’t know how to swim

At that point, Ms Leonard had been told by police that her son’s shoes were discovered along the side of the river, but the news was the opposite of comforting as she says her son did not know how to swim.

‘They had no business at that river,’ she told the paper.

Devine had an undisclosed medical condition that requires medication, adding to his mother’s concerns when the boys went missing around 6pm yesterday.

The local Patch site reports that when he went missing, Devine was wearing black Croc shoes and was likely toting his Spiderman push scooter that he often carried around with him.