Searchers looking for a missing woman have discovered a body in a wooded area near her home.

Police have yet to identify the body which was found on Monday night by volunteers with Texas EquuSearch.

Relatives of 48-year-old Norma Jean Scott had asked group members to help look for the single mother after she went missing on Thursday.

She was last seen being forcibly led from her home. 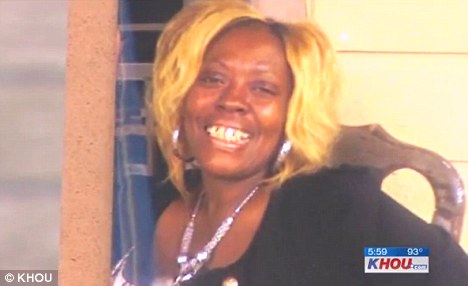 Missing mother: Norma Jean Scott was last seen on Thursday allegedly being forced out of her home by neighbors 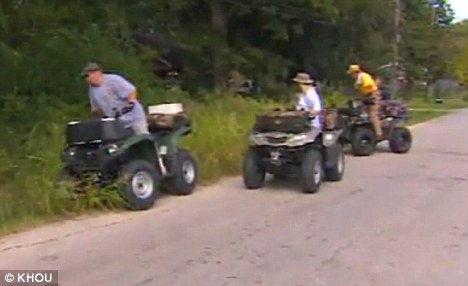 Search: Volunteers on four-wheelers had been looking for the mother over the weekend until a body was found on Monday

Frank Black with Texas Equusearch says volunteers are not sure if the body they found is the missing woman but confirmed it was found a block and a half from her home.

Officer J.C. Padilla says police were contacted after the body was located in an overgrown vacant lot.

An autopsy has been ordered. 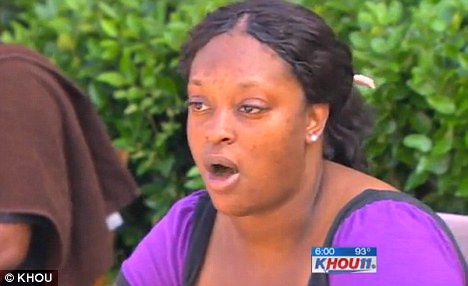 The eldest daughter of Norma Jean Scott, Brigette Scott, said: ‘She’s not just going to leave us. We had plans for this whole weekend. I don’t understand’

Family members told television station KHOU that Scott last was seen by neighbors being forcibly led from her home.

‘That’s not like her,’ said Bridgette Scott, the victim’s oldest daughter told the television station. ‘She’s not just going to leave us. We had plans for this whole weekend. I don’t understand.’

The case is under investigation by the Houston Police Department.

Man, 54, has liposuction and pec implants – to keep up with his 33-year-old wife: 'I wanted to go clubbing with her in Ibiza,' he says