The body of a missing North Carolina woman was found inside her wrecked car three days after it was towed away from the crash scene.
Carolyn Ann Watkins, 62, of Clayton was reported missing by her son early Monday after she failed to show up at work.
Watkins’ crashed 2000 Pontiac was found several days earlier, on Friday morning, in a deep ditch near Smithfield about 30 miles southeast of Raleigh.

Both air bags had deployed, according to an accident report filed Friday by North Carolina Highway Patrol Trooper Marlon Williams.
‘Note: No driver at the scene of this collision,’ Williams wrote in his report. 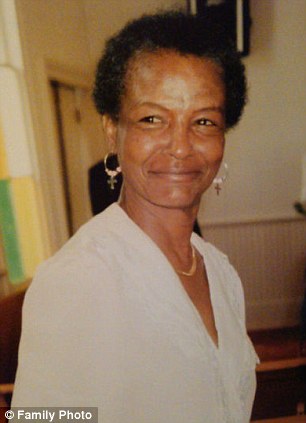 Missing: Carolyn Ann Watkins, 62, of Clayton was reported missing by her son early Monday after she failed to show up at work


But Watkins’ body was in fact still inside the car, her family believes hidden under the deployed airbags.

The patrol had a local towing company move the car to a lot for storage, where it remained with the Clayton woman inside until her body was discovered Monday evening by a Smithfield police officer searching for clues about her disappearance. 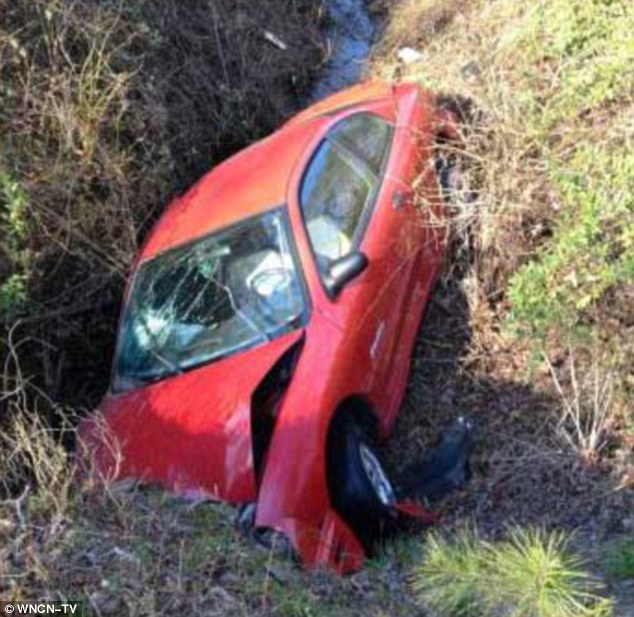 Found: Watkins’ body was later found inside her impounded car three days after it was towed from a crash site 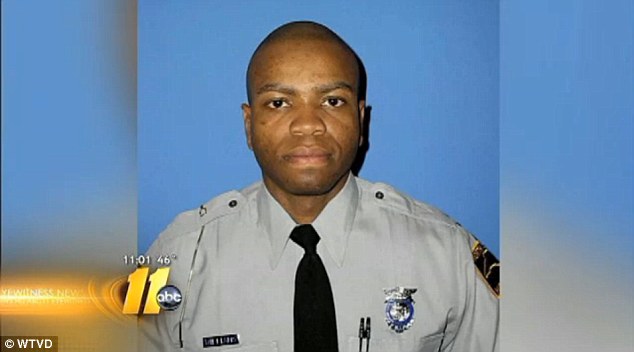 It was not immediately clear when Watkins died. She was last seen alive on Thursday.
Watkins’ son, Al Parker, wondered if his mother’s life, a grandmother of four, might have been saved if the trooper had noticed her in the car.

‘I’m thinking she could still have been alive,’ Parker said Tuesday. ‘How do you not look in the car? When you pulled the car out, how do you not see a body in the car?’

Watkins’ family say she was in good health at the time of the crash leaving them baffled by what may have caused her to veer off the road.

Authorities do report having found marijuana in her purse after it was discover at the impound lot. 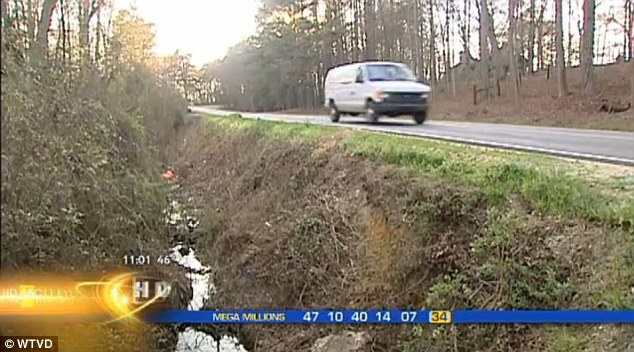 Scene: It was in this ditch that Watkins’ vehicle was discovered on Friday after veering off the road for reasons not immediately known

Williams, a 9-year veteran of the Highway Patrol, has been placed on paid administrative duty pending the outcome of an internal review that will be conducted with help from the State Bureau Investigation.

The patrol refused to release any further information about the incident.
‘We will release accurate information to the public as soon as available and appropriate,’ Public Safety Commissioner Frank Perry said in a brief written statement. ‘At this early stage, our main concern is to conduct a thorough and professional investigation so we can determine exactly what happened.’ 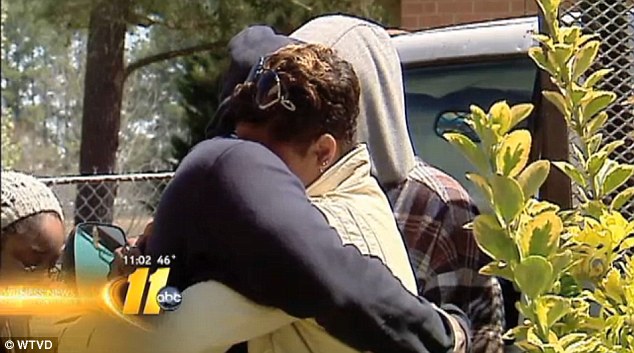 Heartbreak: Watkins’ family, already suffering from their heartbreak in losing her so unexpectedly, say they are now additionally left dealing with the upset of how she was found 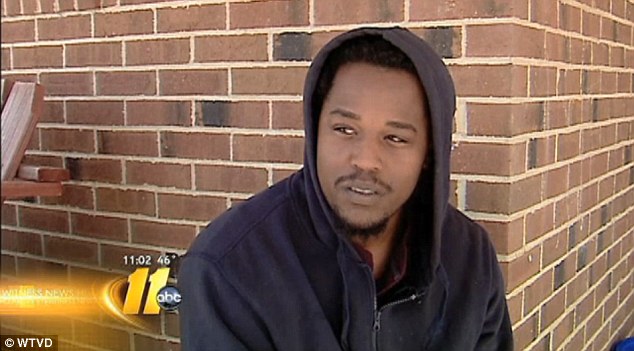 Sickened: Watckins’ son Cavin Wooten called the entire ordeal sickening while thinking about how his mother was found on Monday

‘She sat in that impound lot from Friday until Monday. It’s sickening,’ her son Cavin Wooten tells WTVD.
A man who answered the phone at Dustin’s Towing and Recovery in Willow Springs said the highway patrol asked him not to talk about the incident.
An autopsy is now underway to find out when exactly she died and if marijuana or any other substance was in her system at the time of the crash.
Read more: http://www.dailymail.co.uk/news/article-2303099/Body-towed-car-Missing-North-Carolina-woman-Carolyn-Ann-Watkins-discovered-3-days-crash.html#ixzz2PSMGVuqJ