Danish archaeologists have re-opened a mass grave of scores of slaughtered Iron Age warriors to find new clues about their fate and the bloody practices of Germanic tribes on the edge of the Roman Empire.

Bones of around 200 soldiers have already been found preserved in a peat bog near the village of Alken on Denmark’s Jutland peninsula.

Experts started digging again on Monday, saying they expected to find more bodies dating back 2,000 years to around the time of Christ.

Aarhus University archaeologist Mads Kahler Holst said: ‘I guess we will end up with a scale that is much larger than the 200 that we have at present.’ 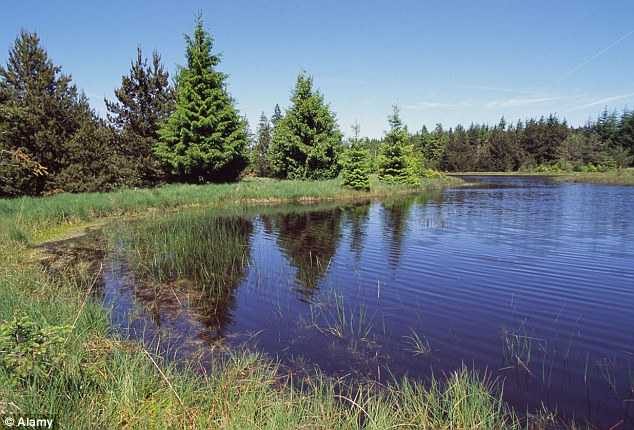 A peat bog in Denmark: The bones were found at the bottom of a water-filled pit like this, which kept the bodies well-preserved 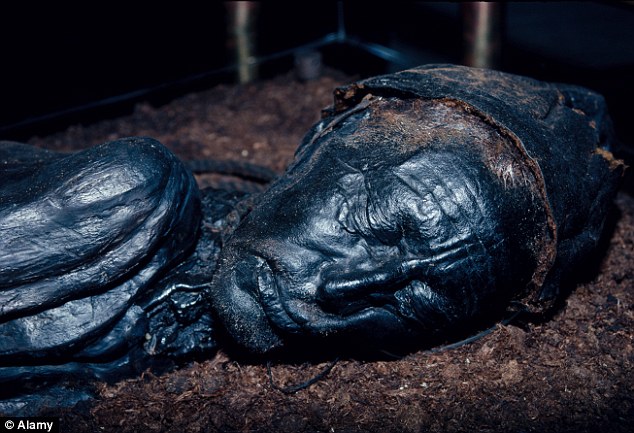 A separate peat bog discovery led to the discovery of the Tolluwo Man, an amazingly well-reserved corpse from 220BC

Speaking by phone from the site on damp grazing meadows near Jutland’s large lake of Mossoe, he added: ‘We have only touched upon a very small part of what we expect to be there … We have not seen anything like this before in Denmark, but it is quite extraordinary even in a European perspective.’

The first bones, belonging to people as young as 13, were discovered in 2009.

Cuts and slashes on the skeletons showed they had died violently, said Holst. But nothing was known for sure about the identity of the killers, or their victims.

‘That is one of the big mysteries … We don’t know if it is local or foreign – we would expect it to be local,’ Holst said.

‘We think it is a sacrifice related to warfare and probably the defeated soldiers were killed and thrown into the lake,’ he said.

The remains are from the beginning of the Roman Iron Age, though Roman armies never reached so far north.

‘It was the time when the Roman Empire had its greatest expansion to the north,’ Holst said. But even that push only got the Romans as far as modern day Germany, a few hundred kilometres to the south of the Danish site.

‘This conflict could have been a consequence of the Roman expansion, its effect on the Germanic world,’ Holst said.

He said the discovery could shed new light on what happened in those centuries beyond the borders of the Roman Empire.

‘It will also tell about what level of military organisation existed in this northern European area,’ he said.

Similar discoveries of sacrificed warriors from a few hundred years earlier have been made at Celtic sites in France, Holst said. 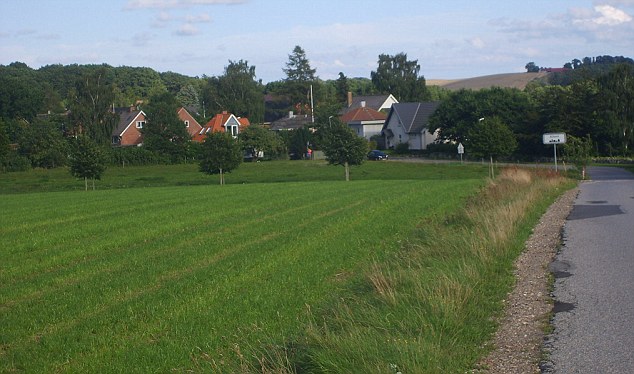 The village of Alken, in Denmark, close to where the bones were found

The soggy conditions at Alken have delayed decomposition so the remains are unusually well preserved, he said.

The remains are so well-preserved that experts will be able to analyse their DNA – a rare achievement in remains so old, said Ejvind Hertz, curator of archaeology at Skanderborg Museum.

Preliminary DNA tests have been carried out at a laboratory on six teeth and two femur bones. ‘There was not much in the femurs but there was in the teeth – teeth are good at preserving DNA,’ Hertz said.

The DNA of people who lived at that time would not normally differ from the DNA of today’s Scandinavians. If differences are found, it could point to a foreign army from southern Europe, Hertz said.

BBC – The Incredible Human Journey – Out of Africa

Humans Arrived in Australia 65,000 Years Ago