A former Philadelphia policewoman has accused a supervisor with the city’s Police Internal Affairs Bureau of forcing her into a sexual relationship that lasted more than three years after threatening to fire her, according to an explosive new report.

Keisha Johnson, a former city cop and aide in the Internal Affairs Bureau, told the Philadelphia Daily News that Staff Inspector Jerrold Bates made his first sexual advance in 2008 after inviting her into his office and plying her with flattery.

Johnson said Bates complemented her on her work before slipping his hands into her shirt and fondling her breasts. 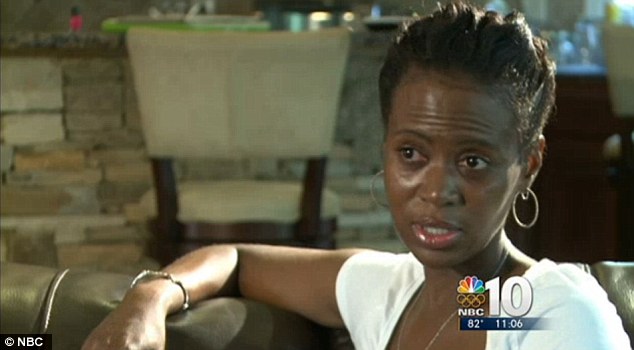 Speaking out: Keisha Johnson, a former Philadelphia cop and aide in the Internal Affairs Bureau, went public with allegations of sexual harassment against her former boss

‘I jumped up. I about fell out of my chair,’ Johnson told the Daily News. ‘I told him to stop. I told him I didn’t feel comfortable.

‘He said, ‘OK.’ But he had a weird smirk on his face like he was thinking, ‘So what are you going to do about it?’’

According to the woman, Bates, a 21-year veteran on the force who is married, would use every chance he got to brush up against her in a sexual manner.

He told her that he thought of her when he masturbated and asked her if she was wearing a thong, Johnson said.

At one point, Johnson recalled the inspector telling her that if she wants to keep her cushy 8 to 4 job with weekends off, she should keep quiet. Otherwise, Johnson could be easily replaced.

From then on, until December of 2011, Bates forced Johnson into a sexual relationship to keep her job at Internal Affairs, Johnson alleged.

She and her attorney, Brian Puricelli, have filed a complaint with the U.S. Equal Employment Opportunity Commission.

On July 3, Police Commissioner Charles Ramsey has transferred Bates to the Special Operations Bureau, which oversees the Aviation, Canine and Marine units, among others, while Internal Affairs investigates Johnson’s allegations.

Johnson, 39, has since resigned from the department and moved to Georgia. For years, she had kept silent about her ordeal, feeling like no one would believe her accusations against the well-connected Internal Affairs boss. 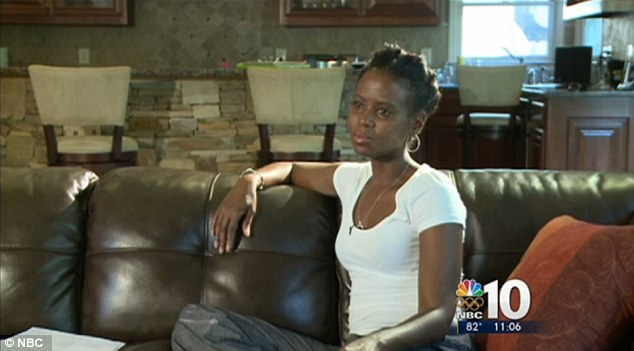 Ousted: The 39-year-old woman said she was forced out of her job after complaining to police brass about two co-workers who had allegedly made racial remarks 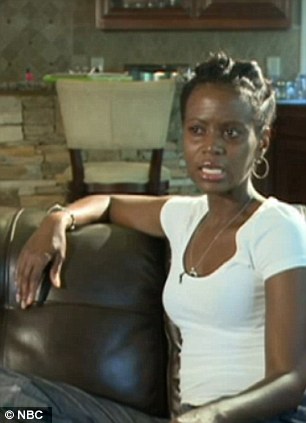 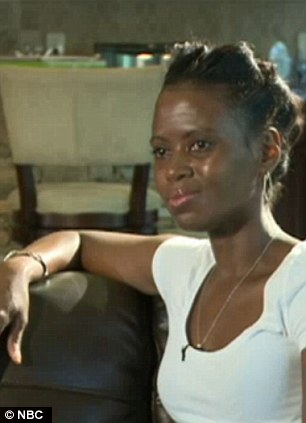 Living in silence: Johnson said she kept mum about the alleged sexual harassment because she felt no one would believe or act on her accusations against Jarrold Bates

While the police department has vowed to conduct the investigation into the alleged sex scandal in good faith, some critics have dismissed it as a farce, calling for an outside agency to take over the probe.

‘How do you investigate your own person?’ she said. ‘It’s a joke.’

Johnson, a Penn State graduate, had been a police officer since 1997. She had known Bates, now 42, for a few years before he joined the Internal Affairs Bureau in September of 2007.

A couple of months later, Bates asked her if she wanted to be his aide. Johnson took the job because it offered regular hours. Months later, she said her boss started making advances and threatening to find someone to take her place. 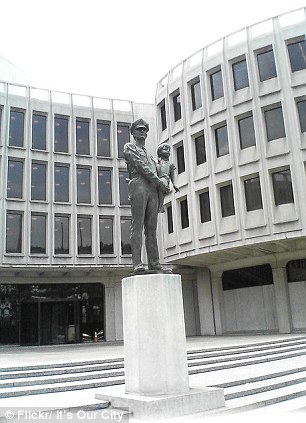 Boys’ club: Some female officers have described the city’s police department as rife with sexual promiscuity

Bates implored Johnson to embrace the culture of the police department, saying that this is how things are done in the agency, which has been described by another female officer as a  boys’ club where women either had to behave like ‘bitches’ or sleep with their male colleagues.

Johnson said she tried to avoid Bates, but her position as his aide made it virtually impossible. She started driving him around to meetings, and on one of these occasions, the 39-year-old said Bates brought her to his apartment, touched her breasts and masturbated in front of her.

The woman said she was traumatized by the experience, and things had only gotten worse after that. She described her supervisor as mean and demeaning, never missing an opportunity to talk down to her.

As a victim of childhood sexual abuse at the hands of a family member, Johnson said she was quick to blame herself and felt powerless to do anything.

Johnson was engaged at a time and got pregnant, which had given her a temporary respite from Bates’ alleged advances. But as soon she had given birth to a baby girl three month premature, the inspector started up where they left off, Johnson said.

He groped her in his office and took her elsewhere for sexual interludes during work hours, she said. On various occasions, he made her drive to a love nest, to his home, his mother’s house, and even her own home, according to Johnson.

To complicate matters, Bates not only oversaw police internal investigations, he also handled equal-employment-opportunity complaints within the department.

‘I had gotten used to being a victim. I believed my career and my reputation would be destroyed if I didn’t comply,’ she said.

Her tenure in Internal Affairs came to an abrupt end in June, less than a year after Johnson complained about two of her female colleagues who she said were making derogatory racial remarks about her and a supervisor.

In December, Johnson ended the sexual relationship with Bates for good. Around the same time, she told two Internal Affairs co-workers about her predicament.

Six months later, Johnson was unexpectedly transferred to a district office, where on the first day of work she heard someone call her a rat.

She quit the next day and moved to Georgia, where she lives with her daughter.