By KATHARINE Q. SEELYE
Published: March 14, 2013
BOSTON — The Boston School Committee, once synonymous with fierce resistance to racial integration, took a historic step Wednesday night and threw off the last remnants of a busing system first imposed in 1974 under a federal court desegregation order.
Instead of busing children across town to achieve integration, the plan adopted by the committee is intended to allow more students to attend schools closer to home.
That was the objective sought by Mayor Thomas Menino, who appointed a special advisory group last year to overhaul the system. He said that keeping students closer to home would encourage more parental involvement, develop neighborhood cohesion and ultimately improve the schools.
“Tonight’s historic vote marks a new day for every child in the city of Boston,” the mayor said in a statement. 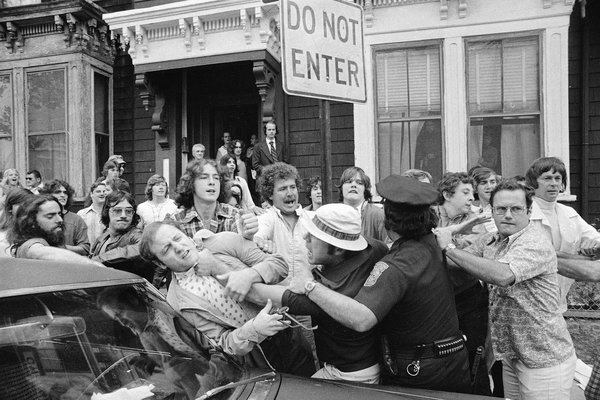 Peter Bregg/Associated Press—–Boston residents scuffled with the police in 1974 in protest of a court-ordered busing program intended to desegregate schools.

But numerous parents and activists complained during a hearing before the committee’s deliberations that the new system would leave some children — mostly black and Hispanic — in the lowest-performing schools.
“No way we can stand around the playground and say, ‘Yeah, we’re all getting a fair shake,’ “ one father testified.
They were angry, too, that the committee had not tackled what many agree is the district’s fundamental problem — the scarcity of good schools.
The plan, adopted by a vote of 6 to 1, wipes out the division of the district into three vast geographical zones. An algorithm will produce a list of at least six schools from which parents can choose; at least four must be of high or medium quality, as determined by standardized test scores.
The new system, affecting 40,000 students in kindergarten through eighth grade, will be put in place in fall 2014. Eventually, officials said, the average distance that children will travel will be cut by about 40 percent.
Before the vote, many parents beseeched the committee to reject at least one component known as the “walk-zone priority,” which reserves half the seats in each school for students who live within a mile. It is perceived to benefit those who live near good schools, although research suggests any advantage is minimal. The committee did reject it, after some soul-searching and after Carol R. Johnson, the district’s superintendent, urged them to do so in a letter to the committee. She was not able to attend because her husband died on Monday.
“Many before us have struggled to develop a solution to a problem that has challenged our community for generations,” she wrote. She said the walk-zone priority was no longer necessary, “because under this plan, all children will live nearby or dramatically closer to school.”
Not everyone was pleased about its removal, including John Connolly, a Democratic city councilor running for mayor this year. His campaign so far has been a critique of the school system under Mr. Menino, who has not said whether he will seek re-election.
The final plan was based on a model developed by Peng Shi, 24, a doctoral student at the Massachusetts Institute of Technology. Mr. Shi, who watched the five-hour proceedings intently, was asked afterward if he felt a sense of accomplishment. “No,” he said. “I won’t feel anything is accomplished until these parents feel better about their schools.”