Witnesses say two gunmen shot and killed a 14-year-old Chicago boy Friday night as he stood on his porch, and then left him to die in the front hallway of his own home, authorities said.
The shooting came just hours after a 15-year-old boy was fatally shot in a separate attack.

The death marks the sixth shooting of a teenager since Friday. 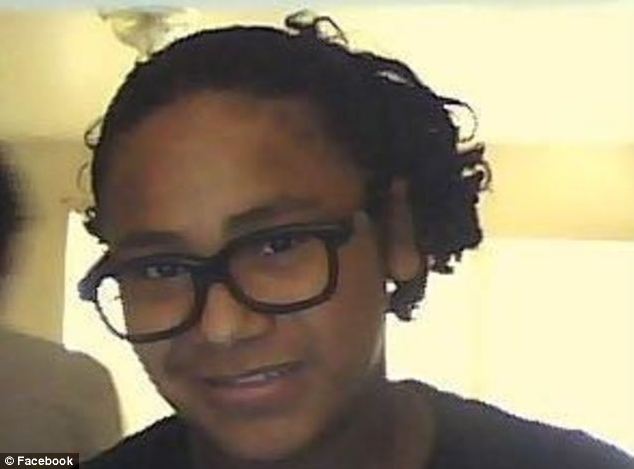 Rey Dorantes, 14, was shot and killed at his doorstep in what police say is gang related 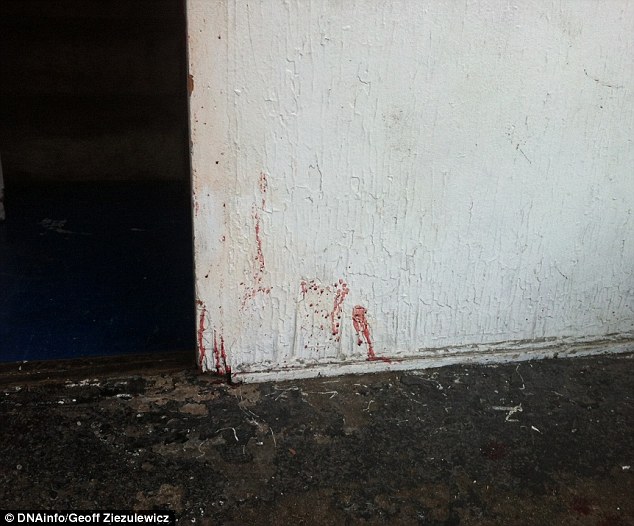 Blood splatter near the front door of where Rey Dorantes, 14, was shot and killed

Two male shooters opened fire about 11:50pm, hitting the boy multiple times in the chest, reports The Chicago Tribune.
Immediately following the shooting, a car sped down the street in reverse and took off, a neighbor told the newspaper.
It appeared the boy, later identified as Rey Dorantes, managed to take a couple of steps before collapsingjust inside the doorway. When paramedics arrived, he was lying just inside the home, bleeding from several bullet wounds, police said.
He died at the scene.
Police found blood on the front steps and more than half a dozen shell casings on the sidewalk, according to the Tribune. 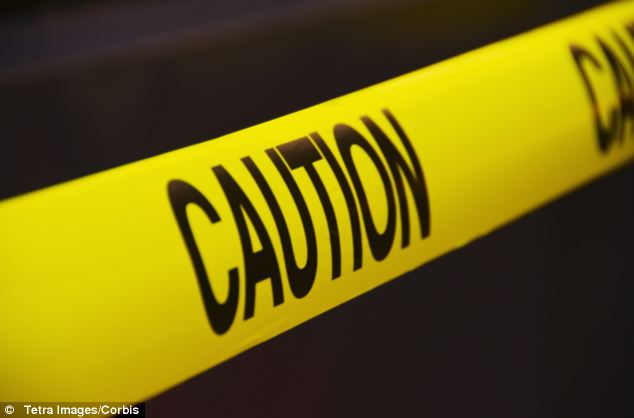 The high school freshman had been talking on a cellphone in front of his home just moments before shots rang out, his stepmother said.
Police sources told the Tribune the shooting may have been gang-related.

Family and friends on the scene, however, said the victim avoided gangs and spent his free time listening to music and riding his bicycle.
The boy would have turned 15 on Tuesday, his stepmother Jo Ann Tenev told the newspaper.

‘Now he’s not even going to see his 15th birthday,’ she said, crying.
According to reports, neighbors returning home were stunned.

The father of one of the boy’s friends sobbed. When a neighbor asked him what had happened, his answer was brief: ‘A little boy just got murdered.’
Hours before another teen was shot after the shooter shouted a gang slogan and opened fire on the boy.
The boy, Victor Vega, was taken to Mount Sinai Hospital, where he was pronounced dead at 7:19pm.
According to the Tribune, no suspects are in custody in either shooting.

Letter shows that a Virginian planter, NOT Thomas Jefferson, coined the term United States of America