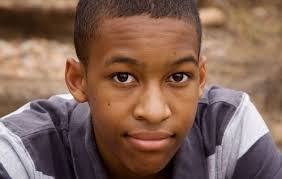 A large study released by the American Academy of Pediatrics suggests that boys are entering puberty earlier now than several decades ago — or at least earlier than the time frame doctors have historically used as a benchmark.

The study, widely considered the most reliable attempt to measure puberty in American boys, estimates that boys are showing signs of puberty six months to two years earlier than was reported in previous research, which historically taught that 11 ½ was the general age puberty began in boys. But experts cautioned that because previous studies were smaller or used different approaches, it is difficult to say how much earlier boys might be developing.

The study echoes research on girls, which has now established a scientific consensus that they are showing breast development earlier than in the past.

The study, which was to be announced at the Academy of Pediatrics national conference on Saturday and published online in the journal Pediatrics, did not try to determine what might be causing earlier puberty, although it mentioned changes in diet, less physical activity and other environmental factors as possibilities. Experts said that without further research, implications for boys are unclear.

“This should perhaps set a standard going forward for being very attentive to puberty in boys and being mindful that they’re developing earlier,” said Dolores J. Lamb, a molecular endocrinologist at Baylor College of Medicine and president of the American Society for Reproductive Medicine. She was not involved in the study.

Praising the study as well done, she said, “Whether the difference is as large as what they say on some papers 40 years ago is not clear.” However, she added, “this is going to be incredibly useful to pediatricians and urologists.”

The new study also found that African-American boys began puberty earlier than whites and Hispanics, a result that other studies have shown also applies to African-American girls. Researchers said that difference is most likely driven by the role of genes in puberty.

Several experts said the study should not be seized upon as cause for alarm, but rather as a way to help parents and doctors gauge what to be aware of in boys’ development and whether to start conversations about social issues sooner.

“It was an important study to do, and their methodology is improved over prior studies in that they based their assessment of puberty in boys on what I consider to be the gold standard: the size of the testicles,” said Dr. Laura Bachrach, a professor of pediatric endocrinology at Stanford University.

But the study should not prompt a magazine “cover article that shows a 9-year-old boy shaving,” Dr. Bachrach said. And because some parents fear that early puberty is related to more hormones in milk — speculation that is unproven — “I don’t want people to get up in arms and rush out and buy organic milk,” she said. “When patients ask me, I say, ‘Do that for political reasons or because you like the taste, but don’t do it because you think it’s going to influence puberty.’ ”

For the study, researchers enlisted about 200 pediatricians in 41 states to record information on 4,131 healthy boys ages 6 to 16 during their well-child exams. Physicians were trained to use an orchidometer, a string of oval wooden or plastic beads of increasing size that are compared against the size of the testicles. Urologists use orchidometers to measure testicular volume when men have fertility concerns. Normal adult size is about 22 to 25 milliliters, Dr. Lamb said. In boys, 2 milliliters is pre-pubertal; some doctors consider 3 milliliters and others 4 milliliters as an indicator of puberty, so the study included analysis for both sizes.

Doctors in the study also evaluated boys using the Tanner scale, a five-stage ranking system developed from a 40-year-old British study. While Tanner is the textbook benchmark, doctors increasingly consider it outmoded because it involved only 228 white boys in juvenile detention in London and evaluated them from photographs.

In the new study doctors also took note of pubic hair, but, said Dr. Bachrach, “pubic hair is very very misleading” because it is a later, less predictable indicator.

The study’s lead author, Marcia E. Herman-Giddens, a child and maternal health specialist at University of North Carolina Chapel Hill, said she originally proposed an additional measure used in Europe: identifying through urinalysis, or by asking, if boys had begun to ejaculate. But she said that urinalysis would have made the study more expensive, and colleagues reviewing the proposal “just freaked out” about the prospect of asking boys about ejaculation, wondering, “How would a child understand that?”

Dr. Herman-Giddens led a large study on girls’ puberty in 1997, and its conclusion that girls were developing earlier generated great controversy. Now, though, experts generally agree that subsequent research has shown breast development as young as 7 or 8. With menstruation, however, studies conflict: some suggest it is starting earlier, while others suggest the age has not changed much. Experts said this could mean that puberty is beginning sooner but lasting longer, or that different physiological processes underlie breast development and menstruation.

With girls, there is also scientific consensus that heavier girls enter puberty earlier, which makes sense, experts said, because body fat is tied to estrogen production.

In the study of boys, weight was not analyzed intensively, but the heaviest boys were developing earlier than what Dr. Herman-Giddens called “the little bitty skinny boys.” Experts said it is unclear if weight gain precipitates puberty or is a consequence.

Some experts said that while earlier development in girls can be worrisome because girls may be treated as more socially mature than they are, implications for boys are uncertain.

“With girls, the first signs are obvious, and social ramifications are much more pronounced and they’re negative,” said Dr. William P. Adelman, associate professor of pediatrics at the Uniformed Services University of the Health Sciences in Bethesda, Md., and a member of the Academy of Pedatrics committee on adolescents. But early-maturing boys “get called on more in school, tend to be better athletes. I’m less likely to get a parent of a boy saying, ‘Oh my gosh, my boy’s developing — he’s too young,’ ” Dr. Adelman said. More common is, “My boy, he’s a freshman in high school, his best friend is 6 feet already and he’s 4-11.”

Dr. Frank M. Biro, a puberty researcher and director of adolescent medicine at Cincinnati Children’s Hospital, said there are some common implications for girls and boys.

“If kids are looking older, it means that parents should be monitoring them, because that superego doesn’t kick in until late teens or early 20s,” he said. “The kids need a hand. Know what they’re doing.”

God's Wife Edited Out of the Bible — Almost