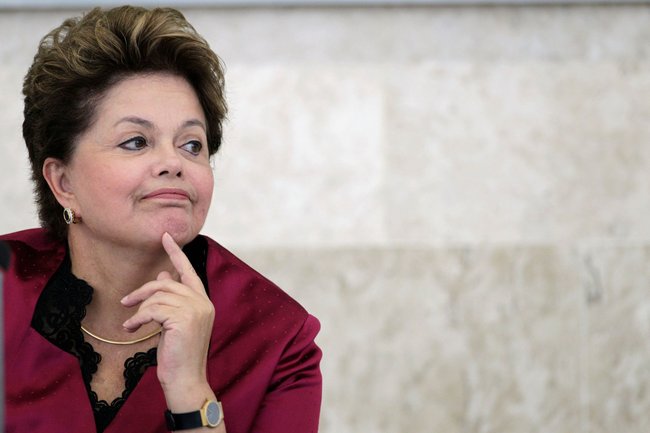 The legislation was signed into law on Wednesday by President Dilma Rousseff of Brazil.

RIO DE JANEIRO — Brazil’s government has enacted one of the Western Hemisphere’s most sweeping affirmative action laws, requiring public universities to reserve half of their admission spots for the largely poor students in the nation’s public schools and vastly increase the number of university students of African descent across the country.

The law, signed Wednesday by President Dilma Rousseff, seeks to reverse the racial and income inequality that has long characterized Brazil, a country with more people of African heritage than any nation outside of Africa. Despite strides over the last decade in lifting millions out of poverty, Brazil remains one of the world’s most unequal societies.

“Brazil owes a historical debt to a huge part of its own population,” said Jorge Werthein, who directs the Brazilian Center for Latin American Studies. “The democratization of higher education, which has always been a dream for the most neglected students in public schools, is one way of paying this debt.”

As in the United States, affirmative action has stirred controversy and opposition here, even at some of the state universities that are exempt from the new law and have their own programs to admit underprivileged students. Critics contend that enforcing expansive quotas will undercut the quality of Brazil’s public university system, given the nation’s relatively weak public elementary and secondary schools. “You don’t create capable and creative people by decree,” said Leandro Tessler, institutional relations coordinator at the University of Campinas.

But while affirmative action has come under threat in the United States, it is taking deeper root in Brazil, Latin America’s largest country. Though the new legislation, called the Law of Social Quotas, is expected to face legal challenges, it drew broad support among lawmakers.

Of Brazil’s 81 senators, only one voted against the law this month. Other spheres of government here have also supported affirmative action measures. In a closely watched decision in April, the Supreme Court unanimously upheld the racial quotas enacted in 2004 by the University of Brasília, which reserved 20 percent of its spots for black and mixed-race students.

Dozens of other Brazilian universities, both public and private, have also adopted their own affirmative action policies in recent years, trying to curb the dominance of such institutions by middle- and upper-middle-class students who were educated at private elementary and secondary schools. Public universities in Brazil are largely free of charge and generally of better quality, with some exceptions, than private universities.

Still, some education experts are already predicting a shift to the better private universities among some students. “With these quotas, these rich Brazilians who took up their spots will not be abandoned,” argued Frei David Santos, 60, a Franciscan friar in São Paulo who directs Educafro, an organization preparing black and low-income students for university entrance exams. “Their parents who had money saved will spend it” on elite private universities.

The Law of Social Quotas takes the previous affirmative action policies to another level, giving Brazil’s 59 federal universities just four years to ensure that half of the entering class comes from public schools. Luiza Bairros, the minister in charge of Brazil’s Secretariat for Policies to Promote Racial Equality, said officials expected the number of black students admitted to these universities to climb to 56,000 from 8,700.

The law obligates public universities to assign their spots in accordance with the racial makeup of each of Brazil’s 26 states and the capital, Brasília. In states with large black or mixed-race populations, like Bahia in the northeast, that could lead to a surge in black university students, while states in southern Brazil, which are largely white, could still have relatively few black students in public universities.

The new law recognizes that Brazil has remained far from the ideal of “racial democracy” espoused by the influential sociologist Gilberto Freyre, who argued that Brazil escaped much of the prejudice and discrimination he witnessed while studying in the segregation-era United States.

Brazil’s former president, Luiz Inácio Lula da Silva, said in an interview that he was “completely in favor” of the quotas. “Try finding a black doctor, a black dentist, a black bank manager, and you will encounter great difficulty,” Mr. da Silva said. “It’s important, at least for a span of time, to guarantee that the blacks in Brazilian society can make up for lost time.”

Brazil’s 2010 census showed that a slight majority of this nation’s 196 million people defined themselves as black or mixed-race, a shift from previous decades during which most Brazilians called themselves white.

Still, some prominent Brazilians have expressed concern about the scope of the quotas. “It’s important to compensate people, but the way to do that cannot be a copy of what has been done in one moment in the U.S.,” Fernando Henrique Cardoso, Mr. da Silva’s predecessor as president, said in an interview. “I think it’s better to leave more freedom for universities to show how to adjust.”

Despite such reservations, Brazilian officials say the law signifies an important shift in Brazil’s view on offering opportunities to big swaths of the population.

“Brazil is experiencing an extremely positive moment,” said Ms. Bairros, the minister promoting racial equality. “Next, we will seek to extend this concept to other areas, like culture and jobs.”