The masterpiece was captured by Reuters photographer Luke MacGregor and quickly made the rounds online, with ‘Tower Bridge’ becoming a top trending item on Twitter.

The perfectly aligned composition graced London’s skyline Friday night, on the bridge over the River Thames. 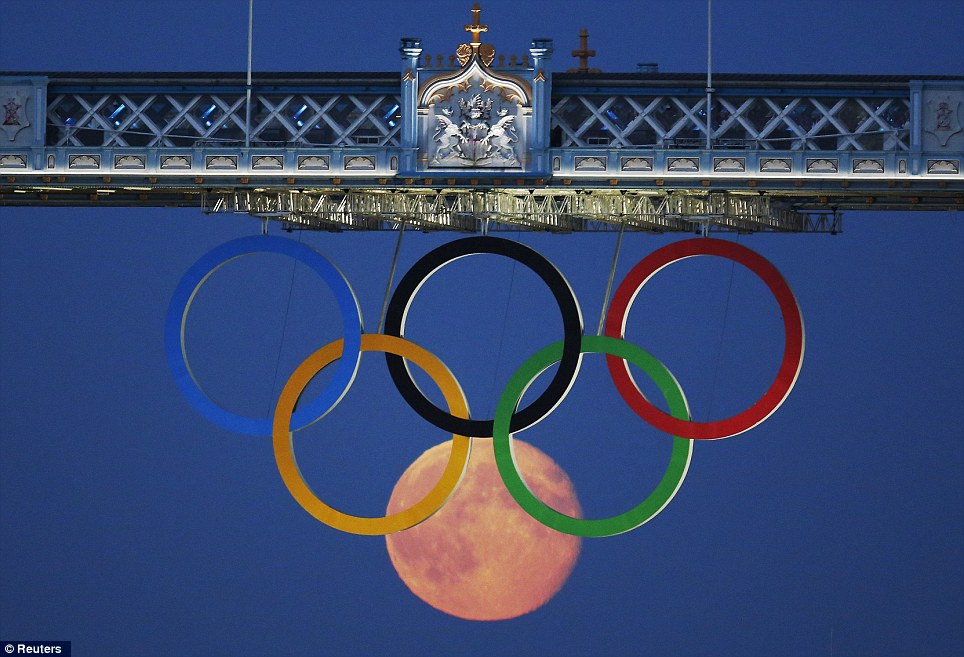 Many praised the magnificent picture on Twitter, calling it ‘epic’ and a ‘must see.’

But others couldn’t resist joking about the unsanctioned modification by nature of the logo, after the International Olympic Committee (IOC) went to painstaking efforts to prevent the unlicensed use of its brand by local retailers.

The five interlocking rings represent the five parts of the world involved in the global games.

The symbol was designed in 1912 by Baron Pierre de Coubertin, the founder of the modern Olympic Games. 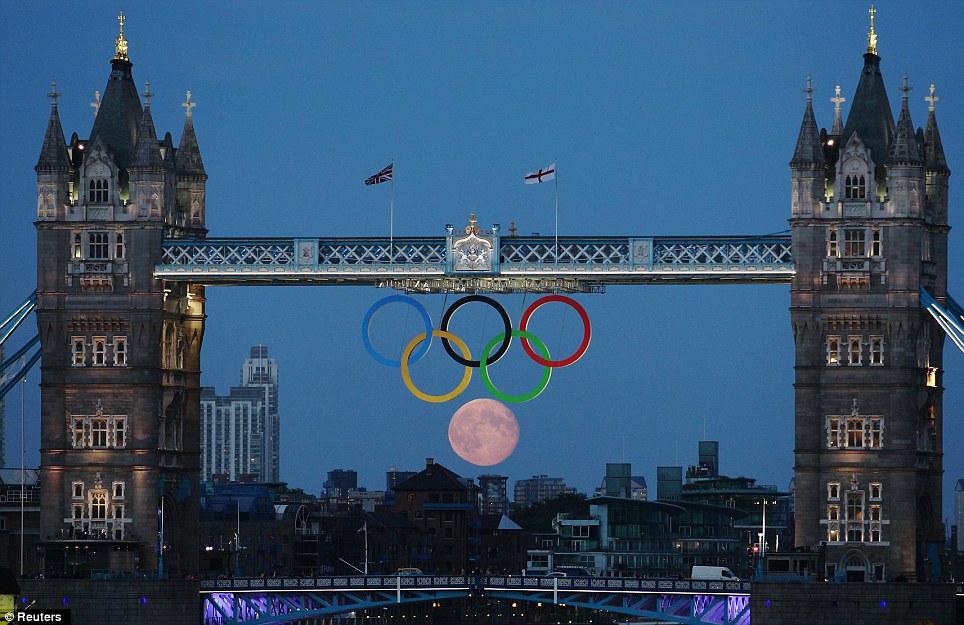 The moon rises over London town: A glimpse of the moon ascending over the London skyline 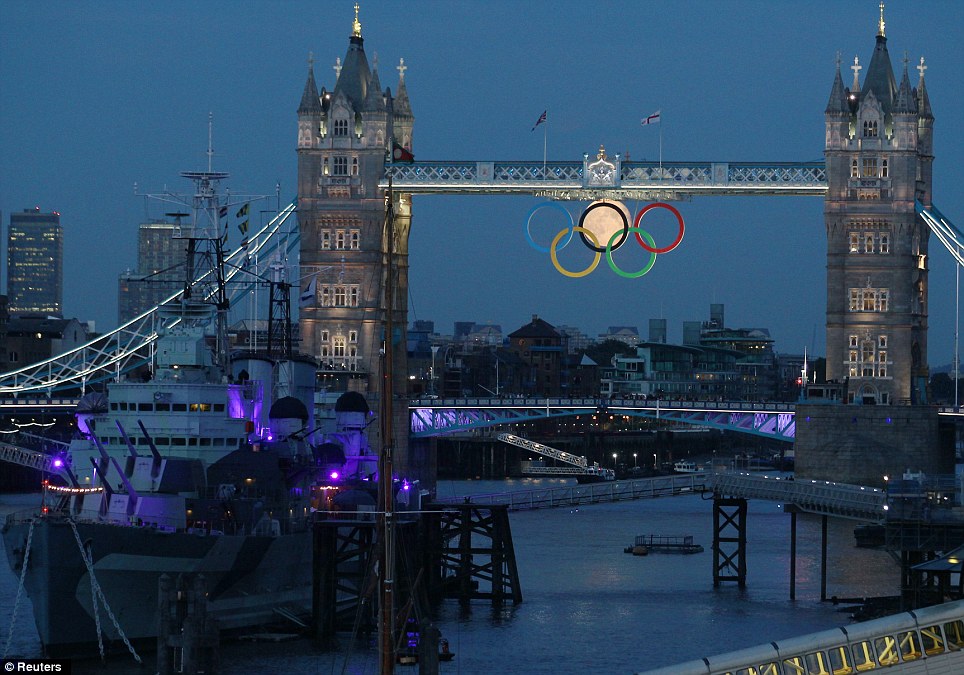 The Olympic Rings hanging beneath Tower Bridge, near the HMS Belfast museum warship

Jayne Cortez, One of the central figures of the Black Arts Movement, Dies at 78