As Shalita Harris and her best friends put the finishing touches on the biggest day of her life – the sprinkler system in her hotel bridal suite exploded, showering their pristine gowns in a black oily liquid.

In the chaos that followed, paramedics and firefighters were called to the Westin Hotel in Atlanta, Georgia, five members of the wedding party were hospitalised with breathing problems and a child lost a tooth. 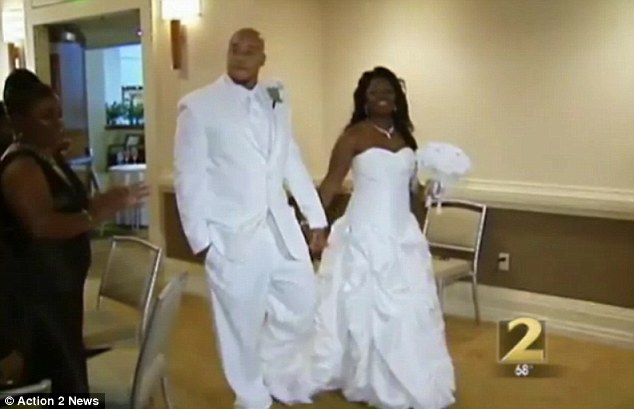 Smiling bride: Shalita Harris manages a smile as she walks down the aisle, just moments after her bridal party was soaked by a faulty sprinkler 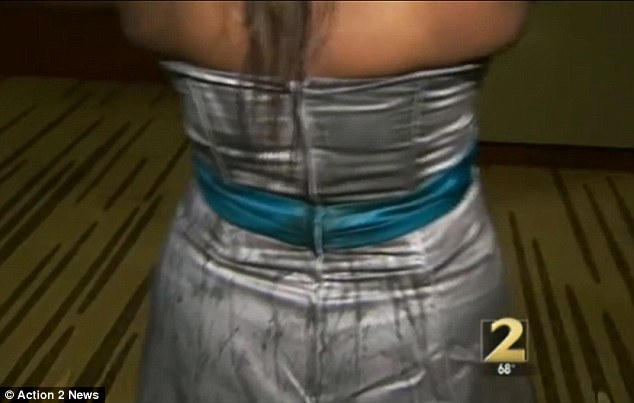 ‘Oily black liquid’: A bridesmaid shows off her stained dress 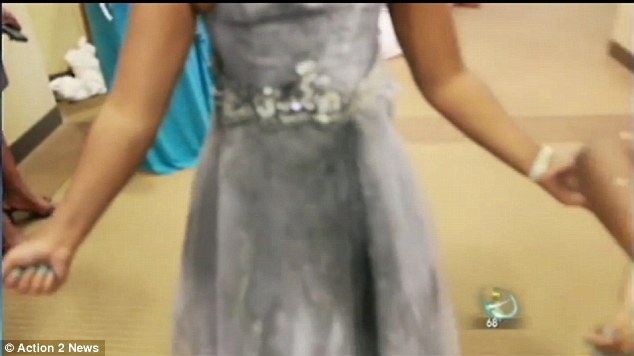 Stained gowns: Shalita was forced to walk down the aisle with just two of her eight bridesmaids

Video captured just moments after the sprinkler went off shows a number of women covered in black soot.

Mrs Harris explained: ‘Before we got ready to leave the room, we heard a big boom. I felt like my life was going to end right then and there.

‘The force of the water was so strong it knocked one of my bridesmaids over.’

Bridesmaid Jasmine Robinson told Action 2 News: ‘The sprinkler just came on and out of the sprinkler came black stuff.’ 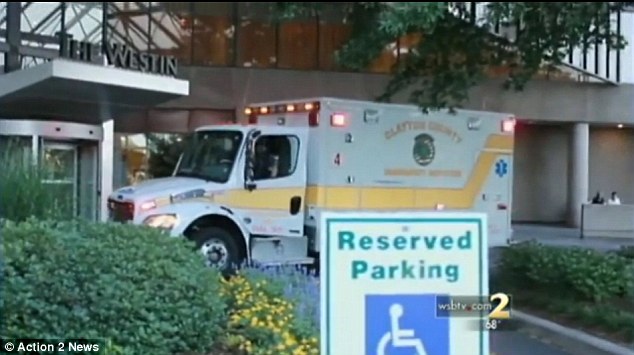 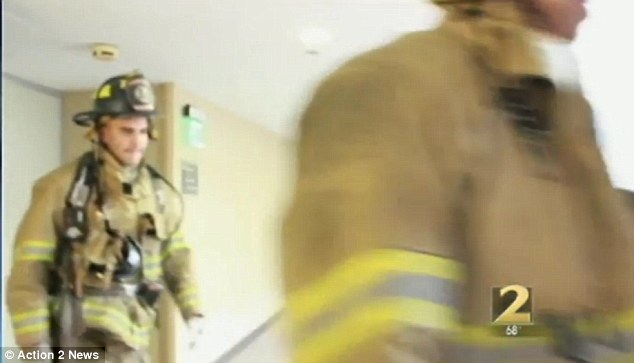 Firefighters: The hotel’s general manager said no cause had been found for the faulty sprinkler 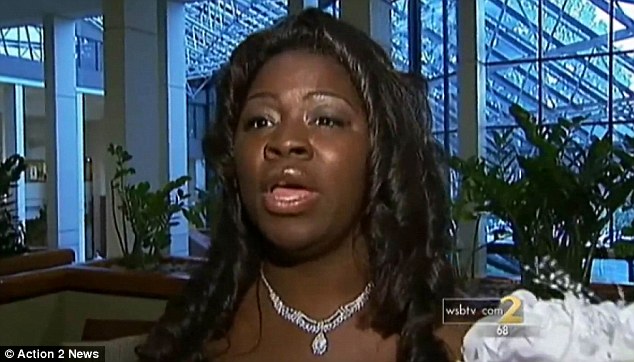 Bridal blast: Shalita Harris is furious and blames the hotel for ruining her wedding

‘How we got out is we just grabbed the blanket off of the bed and we all hovered underneath it in a line and we got out of the room.’

Amazingly, the bride managed to protect her dress, but her bridesmaids weren’t as lucky.

When the wedding ceremony finally took place later that day, Mrs Harris was accompanied by just two of her eight bridesmaids – whose dresses were visibly stained.

The Westin Hotel’s general manager insisted only one room was affected and no cause had been identified for the faulty sprinkler.

But the newlyweds blame the hotel for leaving a stain on what should have been the best day of their lives.

Miss Robinson added: ‘They went out with a bang, a big bang, not necessarily a good bang, but a big one.’