By CLAIRE ELLICOTT
PUBLISHED: 04:17 EST, 1 April 2013 | UPDATED: 04:04 EST, 2 April 2013
Beautiful, accomplished and with an impeccable pedigree, she is every inch the aristocratic wife.
And Emma McQuiston will be making history when she marries as she is  destined to become Britain’s first  black marchioness.
She is marrying into our most eccentric aristocratic family – her future father-in-law, Alexander Thynn, the seventh Marquess of Bath, is famous for his harem of ‘wifelets’. 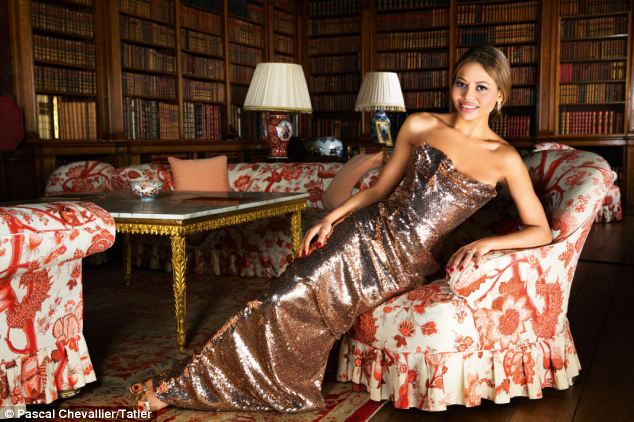 Lady in the library: Emma McQuiston, who is set to marry the heir to national treasure Longleat House, where she is pictured reclining 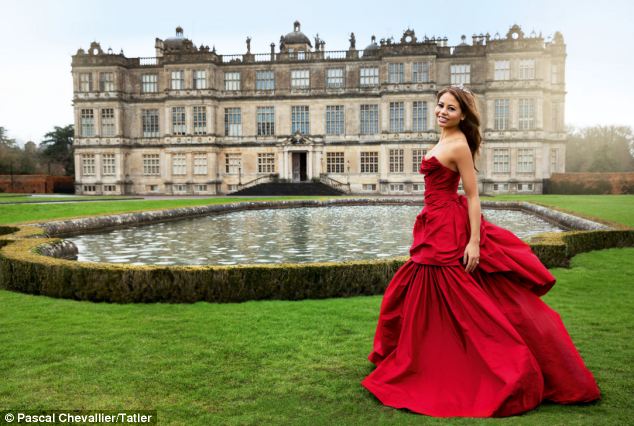 Emma McQuiston from the May Issue of Tatler, posing in front of Longleat House. She is the daughter of a Nigerian oil tycoon, a former actress and celebrity chef who is soon to marry Viscount Weymouth 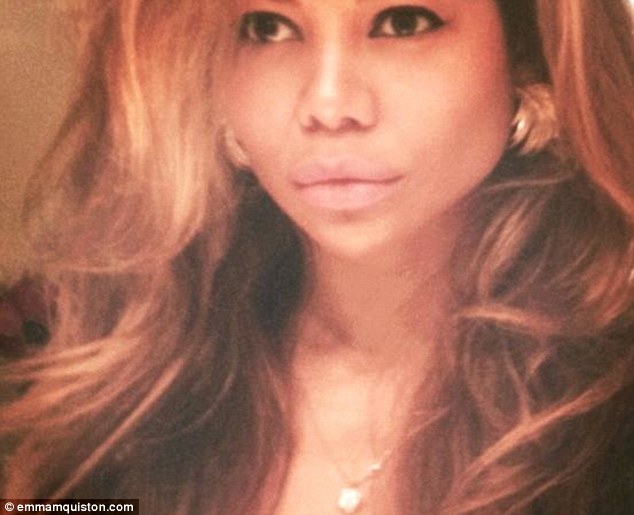 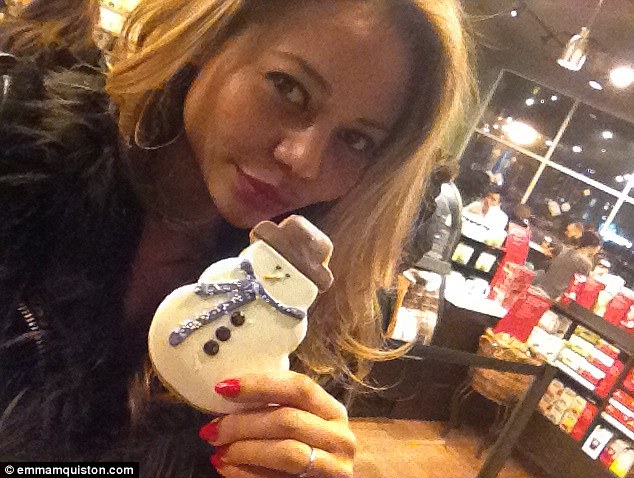 Watch out Pippa! McQuiston shares her love of all things food and plenty of recipes on her blog

Love: McQuiston first met the Viscount of Weymouth when she was just four years old 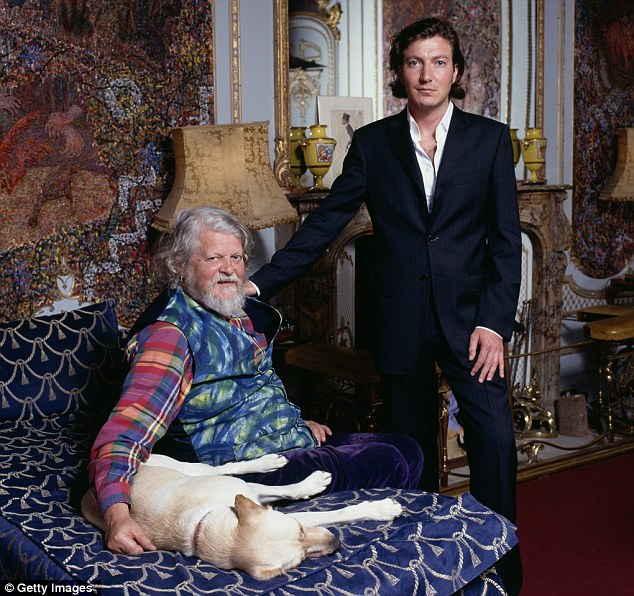 Family: Ceawlin, McQuiston’s husband-to-be, with his father, the notorious Marquess of Bath 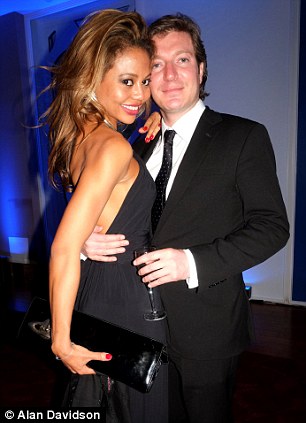 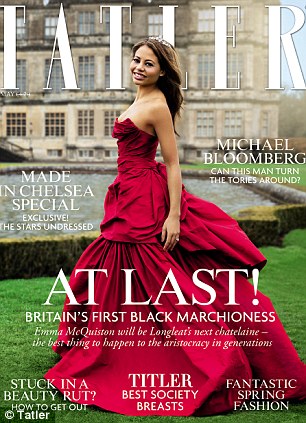 Cover girl: McQuiston is on the cover of the May issue of Tatler and gave an interview to the society magazine

But the daughter of a Nigerian oil baron says she faces racism and snobbery from the upper classes unwilling to accept her.

‘There has been some snobbishness, particularly among the much older generation,’ she told society magazine Tatler.

‘There’s class and then there’s the racial thing. It’s a jungle and I’m going through it and discovering things as I grow up.

‘I’m not super-easily offended but it’s a problem when someone’s making you feel different or separate because of your race. I have never had anything horrible said or happen, but it is something you sense. You can just tell with some people.’
The 26-year-old aspiring television chef will marry Ceawlin Thynn, Viscount  Weymouth, in June at his family seat Longleat after an 18-month courtship.

She said: ‘We’d been to a party at  [nightclub] Annabel’s and in the middle of the night he woke me up to ask me and I made him do it again and again until it sunk in.’

The arts graduate and former head girl will initially be a viscountess, becoming Marchioness of Bath when her husband inherits the title.

She intends to redecorate some of the family home – possibly including the graphic Kama Sutra room created by her future father-in-law.

‘We’re restoring it back to classic English because, though this is great fun, living with it all the time can be a bit much,’ she added. 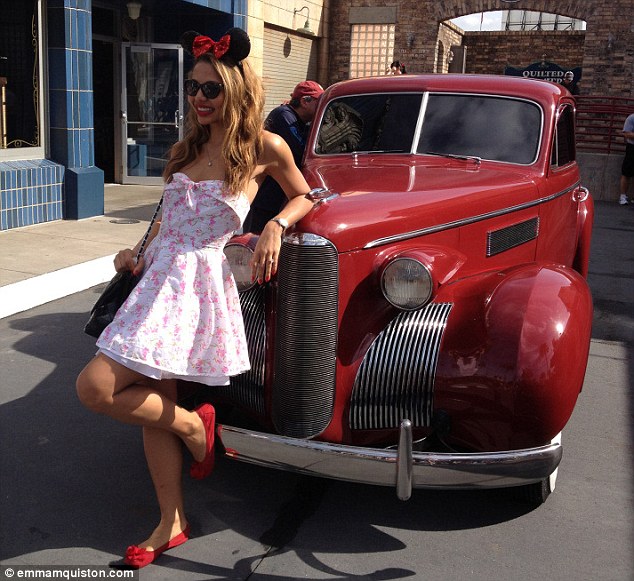 Love: The Viscount of Weymouth proposed during a romantic trip to Disneyland, according to McQuiston

Future home: McQuiston will become the chatelaine of the stunning Longleat House after she marries

Glamorous: McQuiston has led an interesting life, including stints as an actress and TV presenter 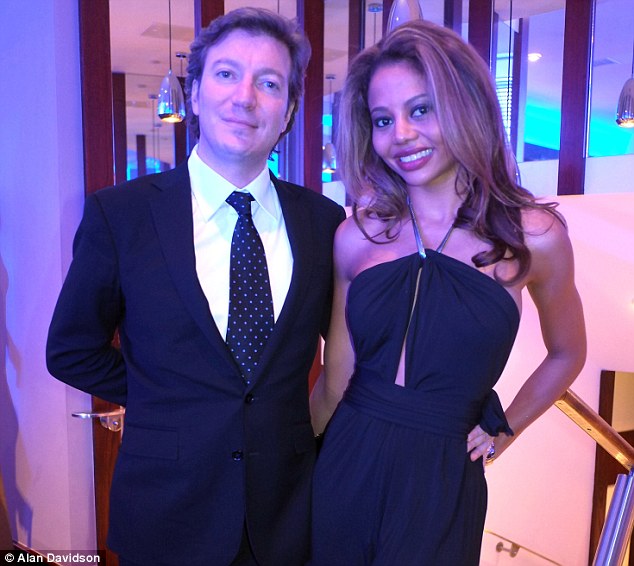 Heir: Emma’s husband-to-be, the Viscount of Weymouth, is heir to the palatial Longleat House

Miss McQuiston, the daughter of Oxford graduate Ladi Jadesimi, who owns an oil-rig company, has acted in the past and runs a cookery blog.
She has known her fiance since she was four and spent Christmases and Easters at the historic house and park throughout her childhood.
Last year, Viscount Weymouth, 38, took over the running of the Longleat estate from his 80-year-old father – who has had at least 75 mistresses he refers to as ‘wifelets’.
Miss McQuiston said of her future father-in-law: ‘He wanted a happy, harmonious life with lots of women and lots of babies. That’s what he set out for in the Sixties and that’s what he’s stuck to.’
But happily, she does not expect her future husband to follow suit with the wifelets – or the eccentric dress sense.
‘We do dress up, but mostly as  cowboys and Indians, or cheetahs [for parties]…,’ she said.
She added she hopes to become a mother soon, saying: ‘I want babies and I’d love to have them soon. I want to be a young mum.’
The family live in a set of private  apartments in their country house, surrounded by the 100,000-acre estate in idyllic countryside in Warminster, Wiltshire.
The safari park first opened in 1966 and claims to be the first drive-through safari park outside Africa.
It is the home of Anne the elephant, Britain’s last circus elephant who was rescued after the Mail was passed footage of her being abused.
Miss McQuiston’s mother, Suzanna, said: ‘I always felt there might be this slight snobbish thing about  anyone who’s black, but it seems everybody has taken Emma into their hearts and they love her.’ 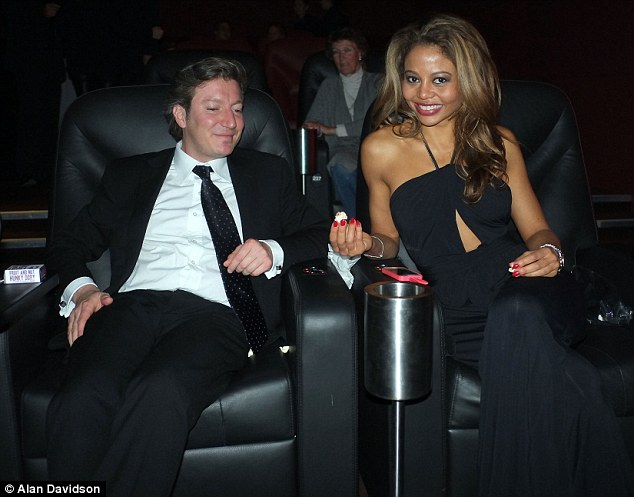 Future marchioness: Emma McQuiston with the Viscount of Weymouth at a private screening of Skyfall 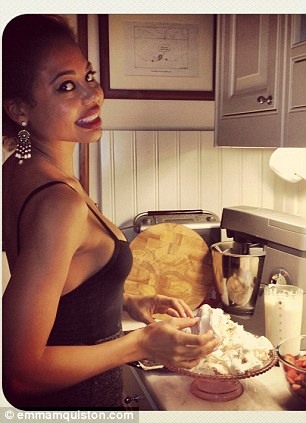 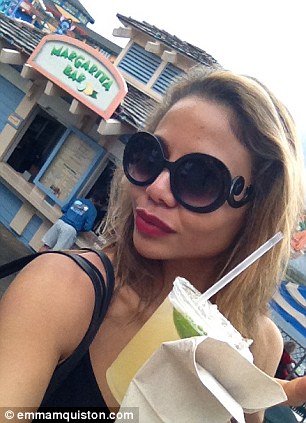