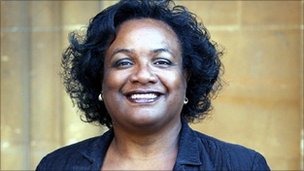 Shadow Health Minister Diane Abbott has apologised for any offence caused by comments she made on Twitter, after claims they were racist.

She said she had not meant to generalise whenshe wrote: ”White people love playing ‘divide & rule'”.

It was a response to criticism of media use of “black community leaders” after the Stephen Lawrence murder trial.

In a statement, Ms Abbott said: “I apologise for any offence caused.

“I understand people have interpreted my comments as making generalisations about white people. I do not believe in doing that.”

Ms Abbott, the first black woman to be elected as an MP, had earlier tweeted that her remark had been “taken out of context”.

Shadow Business Secretary Mr Umunna told the BBC: “Ed Miliband has spoken to her this morning and made it very clear in no uncertain terms that the contents of the tweet were unacceptable.

“If Diane believed the words as they were expressed and she had not apologised then Ed Miliband would obviously have taken the requisite action.

“For us as politicians, Twitter is a very useful tool to communicate with people, but it has its perils.”

The original remark from Ms Abbott was a reaction to a conversation on Twitter about media coverage in the wake of the Stephen Lawrence murder trial.

It was a response to journalist Bim Adewunmi, who complained about the use of the terms “the black community” and “black community leaders” in the media.

Hackney North and Stoke Newington MP Ms Abbott, who stood for Labour leader in the 2010 contest, remarked: “White people love playing ‘divide & rule’. We should not play their game” followed by “#tacticasoldascolonialism” – a way Twitter users flag up keywords and topics. 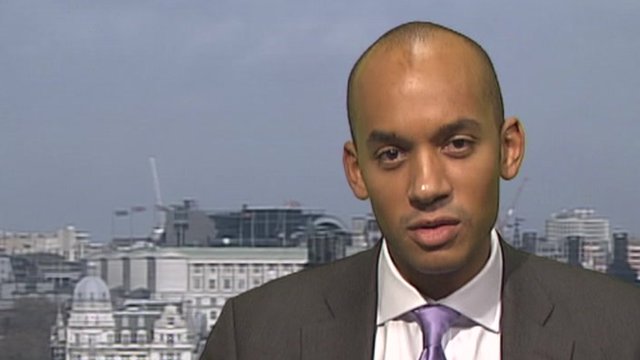 Shadow Business Secretary Chuka Umunna: “The contents of the tweet were clearly unacceptable”

She added: “Ethnic communities that show more public solidarity & unity than black people do much better.”

The comments sparked much criticism from other Twitter users and she updated her page later to say: “Tweet taken out of context. Refers to nature of 19th Century European colonialism. Bit much to get into 140 characters.” The original remark was later removed.

In a statement, the Labour Party said: “We disagree with Diane’s tweet.

“It is wrong to make sweeping generalisations about any race, creed, or culture.

“The Labour Party has always campaigned against such behaviour – and so has Diane Abbott.”

Deputy Prime Minister Nick Clegg said Ms Abbott’s comments on twitter were a “stupid and crass generalisation” and that she should apologise and explain her remarks.

“If this was a white member of Parliament saying that all black people want to do bad things to us he would have resigned within the hour or be sacked.

“For a shadow minister to hold these sort of views is intolerable, it is wrong, she needs to go.”

Another Conservative MP, Rehman Chishti, told BBC Radio 4’s World at One the comments were “completely unacceptable” and amounted to “a racist comment”.

“If there was a strong leader in the Labour Party he would have taken further action against that.”

However another Conservative MP, Robert Halfon wrote on Twitter: “The Right should know better than to get all PC re @HackneyAbbott – disagree strongly, but let voters decide. Freedom of speech & all that.”

But she was supported by the senior Labour MP Keith Vaz, who told the BBC she was doing an “excellent job” as shadow public health minister and had a “great history of supporting the anti-racism struggle”.

“She’s done the right thing in withdrawing her statement and apologising for the offence that’s been caused.”

Take a look at the world’s oldest mathematical object: The Ishango Bone