A councillor has resigned from the Conservative Party over remarks made about children from ethnic minorities.

John Cherry claimed Pakistani children would fail to “rise to the top” and that some nationalities were “uncertain” when it came to hard work.
He was commenting on plans for an Eton-style boarding school in West Sussex.
In resigning, Mr Cherry, 73, who sits on Chichester District Council and West Sussex County Council, said the comments were “extremely foolish”.
‘Regret distress’
The councillor, who represents the village of Stedham, made his comments to the Mail on Sunday about a plan by the south London-based Durand Academy to open a boarding school in the village.
He told the paper: “Ninety-seven per cent of pupils will be black or Asian. It depends what type of Asian. If they’re Chinese they’ll rise to the top. If they’re Indian they’ll rise to the top. If they’re Pakistani they won’t.
“There are certain nationalities where hard work is highly valued. There are certain nationalities where they are uncertain what this hard work is all about.
“If the children are not allowed out of the site then it will make them want to escape into the forest – it will be a sexual volcano.
“Has anyone asked whether these children want to be plucked from their natural surroundings? They have never done boarding before, so they won’t know how it works.”
His remarks have been heavily criticised and led to moves by the Conservative Party to suspend him.
Stephen Twigg MP, Labour’s shadow education secretary, said: “When a Tory councillor makes openly racist comments like these, it’s no surprise people still think of the Conservatives as the nasty party.”
In a statement, Mr Cherry said: “My remarks about Durand Academy, as reported in the Mail on Sunday, were plainly wrong. 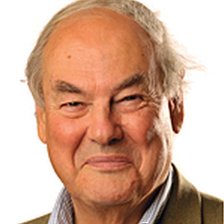 “They were thoughtless and extremely foolish. I unreservedly apologise and withdraw them. I very much regret the distress this must have caused.”
A Conservative Party spokesman branded his comments “totally unacceptable” and said they did “not reflect the views of the Conservative Party”.
‘Just nonsense’

More than ever, surely, we need to look at this as a way of altering some of the ideas of a small group of people about ethnic minorities”

Greg Martin, head teacher of the Durand Academy, said the councillor’s comments were “bizarre” and belonged “in another age”.

He said the children to be taught in Sussex had been at the Durand Academy in London since the age of three but moved to other premises from the age of 13.
The school wanted to give the youngsters, who were 97% African Caribbean, a boarding school with an extended day to give them a greater depth of study and experiences, he said.
Mr Martin said the children were “extraordinarily hard working” people who would do great things for the country.
When asked if the school would alter the character of the area, Mr Martin said: “We’re not altering it. We’re adding to it and making it better.
“I think these comments by some of the local people – I may stress there are dozens of supportive people who are really looking forward to this – there are a very small minority of people who have made regrettable comments, but we’re not going to alter it, we’re going to add to and enrich the area.”
‘Political footballs’ 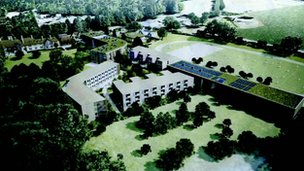 The proposal is to use St Cuthman’s School, a disused boarding school in Stedham.
Anne Reynolds, the chairman of Woolbeding with Redford Parish Council, said: “I think these children are going to be political footballs.
“There is no evidence to show that children’s attainment levels or chances in life are going to be improved by such a school.
“We’ve been trying to get a meeting with Michael Gove for the last 18 months, the doors have been shut to us.
She added: “John Cherry’s views are not representative of our community, he just happens to be our county councillor.”
Kate Hoey, Labour MP for Vauxhall, said she was “disappointed” with the comments and pleased that Mr Cherry had apologised.
‘Election candidacy still stands’
The leader of the West Sussex County Council (WSCC), a Conservative-run authority, said the comments attributed to Mr Cherry were “plainly wrong, thoughtless and extremely foolish”.
Councillor Louise Goldsmith said Mr Cherry was no longer a member of the WSCC Conservative group.
She said the comments did not reflect county council or Conservative Party views or policies and she had referred the matter to the standards committee to be investigated.
The council said Mr Cherry remained a nominated Conservative Party candidate for the authority’s Midhurst electoral division.
A spokesman said nominations could only be withdrawn and resubmitted by 5 April, or withdrawn by 10 April.
Chichester council said Mr Cherry remained a member of the authority but was now an independent councillor.
Heather Caird, leader of Chichester District Council which is also Conservative-run, said: “John Cherry’s comments to a national newspaper were totally unacceptable, and they in no way reflect the views of this council.”
She said Mr Cherry had unreservedly apologised and resigned from the Conservative Party, but she had also referred the issue to Chichester’s standards board.

Black Nation: Documentary About the State of Black manhood in America