In San Francisco in 1968 a group of primarily black students went on strike to demand that their college establish an academic programme that reflected their lives and experiences. Their demand was met, and San Francisco State College became the first in the US to have a department and degree programme in Black Studies.

Nearly half a century later, Black Studies, Africana Studies or African-American Studies, as they are now variously named in different institutions, are a coast-to- coast academic discipline. Their academic departments in Ivy League institutions such as Harvard, Yale and Columbia are home to internationally renowned scholars.

Built on the two foundational pillars of academic excellence and social responsibility, Black Studies in the United States has led to the emergence of more black professors, heads of department and university administrators. From small beginnings, it has emerged as a genuine success story of the 1960s Civil Rights struggle.

As someone who draws heavily on the work of African-American scholars to inform my own teaching and research, I can only look with envy at what has been achieved in the US and wonder why, after all this time, there are still no equivalent Black Studies degree programmes and academic departments here in the UK.

In the past, universities did not feel there was a demand, need or interest in the subject but this is no longer the case. Britain’s black population is approaching 3 million and its increasing significance nationally and internationally in politics, religion, economics, science and the arts more than justifies the need for an academic discipline dedicated to researching and teaching the black experience, to UK society and the wider world.

On 15 May, a group of black scholars will meet to set up a British Black Studies Association, which will call for Black Studies degree programmes to be established. There has been a growing sense of frustration and anger among black British academics over how our communities have been treated by the British university system.

Black students are being encouraged to enter higher education in ever increasing numbers, yet there are no courses or departments where we can learn about ourselves, there is very little likelihood of being taught by a black professor, and according to the latest data there is no chance of seeing a black person leading and shaping the strategic direction of the university.

No wonder many black students, according to the National Union of Students, have a demoralising experience in higher education and on average are leaving university with poorer results than white counterparts who entered with equal A-level grades. 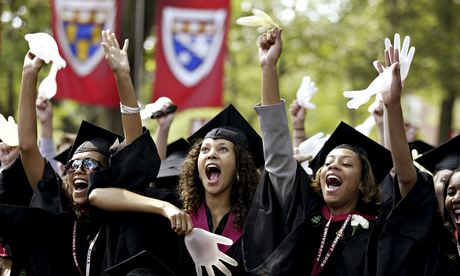 Black Studies – a social science covering subjects such as history, politics, religion, the arts, economics, geography and psychology – is needed to counter the damaging and corrosive idea that black culture is somehow anti-intellectual and that black people are not capable of contributing meaningfully to the intellectual life of this country. For example, it could include study of the Notting Hill carnival, building insight into its historical significance and connections to the Caribbean, South America and Africa, the complex religious symbolism that underpins it, its economic, geographical and cultural impact, and its role in establishing London as a global city.

Gender Studies has played an important role in shifting cultural attitudes and public policy towards women. The study of the black experience could be transformative for schools, police forces, mental health services and other arenas of public life that still have issues with black people. In education, a Black Studies perspective could be instrumental in tackling the underachievement of African-Caribbean boys.

By seeing their intellectuals, scientists, artists, technicians, being discussed, analysed and eulogised in schools and universities, the relationship between the black community and the authorities would change from that of “problem” to one of being productive contributors to society, resulting in engagement and achievement rather than continuing disengagement and underachievement.

This enhanced status of black life in Britain would ultimately result in more black teachers, intellectuals, and professionals being seen and heard in public life. And that is something many communities and public institutions in Britain need as a matter of urgency.