By Shirley Leung |  GLOBE STAFF     AUGUST 25, 2013
Carol Fulp is chief executive of The Partnership, a group founded 25 years ago to raise the profile of African-Americans in the Boston business community. The group’s mission now is to help people of color, from entry-level employees to executives. The program, housed at Foley Hoag law office in the Seaport District, has nearly 3,000 alumni across 250 companies, ranging from TJX Cos. to National Grid. Fulp, a former John Hancock executive, took over The Partnership nearly 18 months ago and recently spoke to Globe columnist Shirley Leung about workplace diversity and the mayoral election.

Do companies get diversity?

We always need to educate people, but I think they’re getting that it’s a global marketplace and that if I don’t understand different cultures I will offend, my goods and services won’t sell. I like the fact that people are understanding if I’m not sensitive, if we’re not culturally competent, it will affect my business.

In terms of participants in The Partnership, who are they and how have they changed?
What’s most interesting is to see the commonality of interest and the commonality of challenges across ethnic backgrounds. Frequently these are high potential individuals who are doing well in their organization, but they may be lonely so The Partnership provides a community for them.
They may have great technical skills, but The Partnership helps them navigate complex organizations. And so we see while we started with African-Americans this is really a multicultural organization. So 50 percent of our current class is African-American, and then we have individuals from all different ethnicities. 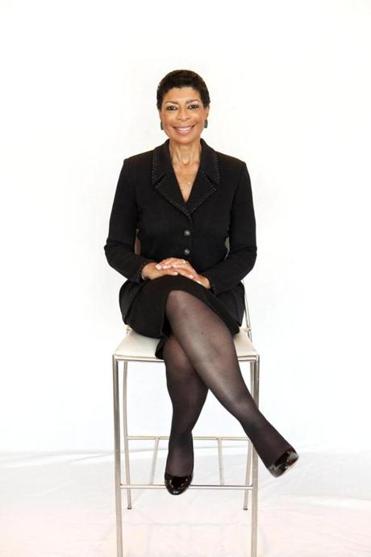 KAYANA SZYMCZAK FOR THE BOSTON GLOBE


African-American CEOs in Boston: Why don’t we have more?
We’re making progress, but there’s still more that needs to be done. When we talk about African-American CEOs in the city, we have to look beyond the traditional organization.
You have Andy Davis, president of Carney Hospital. You have newly-appointed Kerry Watson of Newton-Wellesley Hospital. You have Vincent Rougeau, dean of the BC law school, is African-American. You have to look at the college presidents. Lee Pelton at Emerson College, Debbie Jackson at Cambridge College, Jackie Jenkins-Scott at Wheelock College.
But we still have to ensure we have a strong pipeline number one, and we have to make sure that people are truly invested in the city.

What’s left to be done on the diversity front?
It’s really essential that we continue to grow our work in the innovation industry. We’re here in the Seaport District, and that’s an opportunity. We also want to take a look at the underrepresented minorities in that industry and make sure we are doing whatever we can to help build a pipeline.

In which sectors do you feel like there are underrepresented minorities?
One that we’ve just talked about is the biotech area. We are not focusing enough on ensuring our young people study science and math in our public schools. We want to make sure that we’re connecting these young people with mentors who work in that industry, but we also want to make sure that we articulate that you don’t necessarily have to be a scientist to work in that area.

What would an election of a non-minority mayor say about where we are in race relations in the city?
The fact that you have so many candidates of color running is a first step. Perhaps this is an opportunity for our community to coalesce and strategically determine how we might be able to galvanize around one candidate to leverage our votes as much as possible.
When you travel, people say, “Boston, oh my God.” They go back to busing, and they say, “You live in Boston how could you do that?” And I say, “Well, I want you to think about it this way: The wealthiest communities of Massachusetts have a black mayor, we have a black governor, and we have a black president.” And I think that represents progress, and we’re only going to continue to represent progress.

You recently revealed publicly that you have been living with epilepsy. What has been the reaction since then?
I felt like I was coming out. The largest reaction has been, “I didn’t know,” and I felt affirmed by that because you don’t think of me as a person who differs in that way.
This is illness that has so many misnomers and when people say something wild, I say, “oh no, that’s not the case.”
It’s good to be at a stage in life where you can share who you really are and be in a society where you will not be pushed aside. At this stage in life, to be able to say this is who I am is quite empowering. It took me 50 years.