A couple from California, who wrote a popular blog about their journey to adopt four children from Ghana, was detained by Ghanaian authorities on suspicion of child trafficking as they tried to take the youngsters back to the U.S.

Sol and Christine Moghadam, from Irvine, were traveling with their two biological children and four adopted siblings when they were stopped at Accra’s airport on Friday.

The couple’s two biological sons were taken from them and placed in a Ghanaian orphanage, whileMr and Mrs Moghadam were forced to spend a night in detention.

They were released the following day and reunited with their sons, aged three and seven, and the chief police officer admitted officials had overreacted, Mrs Moghadam said. 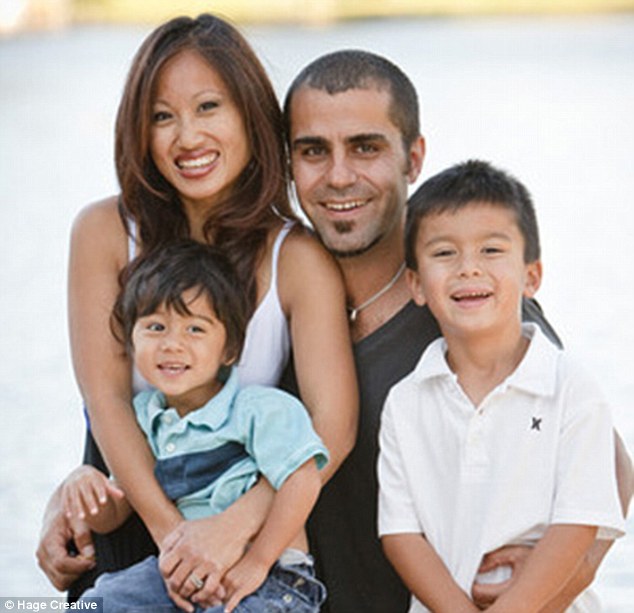 Detained: Sol and Christine Moghadam were jailed for child trafficking when they tried to leave Ghana with four children they were trying to adopt. Their two sons, pictured, were put in an orphanage

But they have still not been allowed to leave the country or see their four adopted children, two boys, aged 10 and 13, and two younger girls.

‘We are investigating a couple who arrived at the airport with six children – four blacks and two whites which aroused the suspicion of security officers at the airport who stopped them from traveling,’ Comfort Miah, from the Anti-Human Trafficking Unit of the Ghanaian police, told AP.

‘They say the children were adopted and we are investigating to find out if this has been properly granted by a court of proper jurisdiction.’

In a video created on their behalf, the couple’s friends said Mrs Moghadam was forced to spend a night in jail on Friday, while Mr Moghadam was held in a detention center. 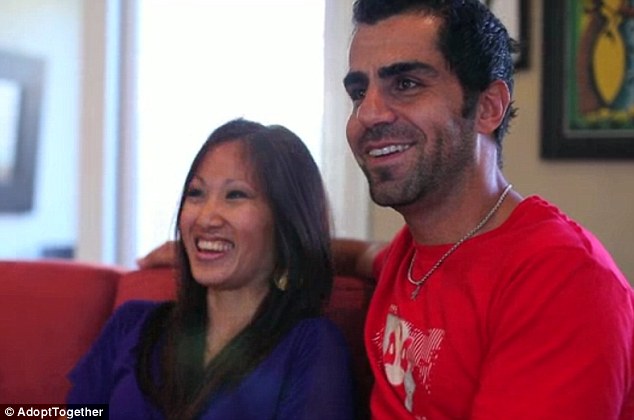 Excitement: The couple, who have been together 13 years, were matched with the four siblings – two boys and two girls – in Ghana last November 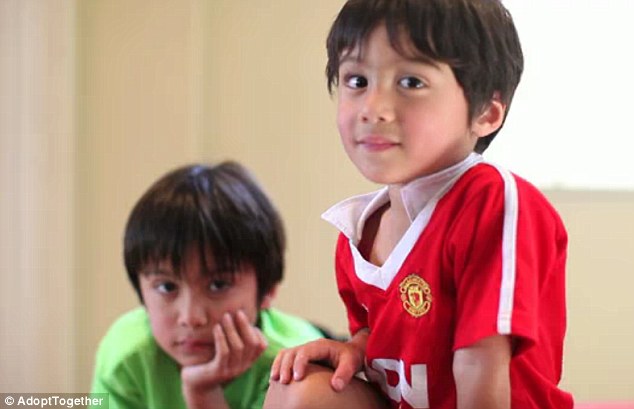 Family: The couple’s two biological sons were reunited with their parents after a day and officers apologised

Friends flocked to the couple’s Facebook page and blog to voice their support.

Ghana requires that a couple must be married to adopt. Single women can adopt, but only if they are a citizen of Ghana. Males cannot, unless the man is the biological father.

The country also requires that a couple reside in Ghana three months before the adoption, although the courts can waive this.

Only orphans can be adopted from Ghana and brought to the US.

A couple must be found eligible to adopt by theDepartment of Homeland Security, which requires interviews and visits at the home.

They need a Ghanaian Social Welfare Officer in the area they wish to adopt from. They are then matched with a child on the suggestion of the adoption agency in Ghana and may have a trial living period.

The couple must provide documents – such as birth and marriage records – and the High Court then must approve the application.

It takes a year to complete an adoption in Ghana. An additional one to six months may be needed for the U.S. immigration visa process.

Before a child can travel to the US, they will need: a new birth certificate (with the new parents’ names), a Ghanaian passport and an US immigrant visa.

Posts suggested the couple had been detained after authorities received an anonymous tip and they only produced copies of their adoption papers, rather than the originals.

They made immediate contact with their adoption agency, which has reportedly sent out three representatives to help the family.

The Moghadams, who have been together for 13 years, have been documenting their plans to adopt the four siblings from Ghana on a blog.

The couple discussed adoption in the early years of their marriage, as Mr Moghadam had survived the life of a street child in Tehran before emigrating to the U.S. and wanted to help others.

They first filled out adoption application forms in 2010 and initially petitioned to adopt a child in Ethiopia.

But in November 2011, they were matched with the children in Ghana after they saw their adoption agency’s waiting list.

According to their blog, they received final approval in April.

On Tuesday, they posted: ‘We are emotionally exhausted and traumatized from the entire incident, but we are thankful to have support and prayers from friends and family worldwide.

‘Our case is not complete yet but our chief officer from the Ghana police department has apologized for their overreaction and stated that our detainment was a mistake on their part.’

They added there are ‘many pending circumstances before uniting our family’.

Ghanaian said the couple did provide documents, but that it needed to be checked. 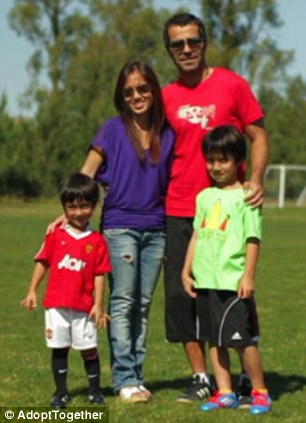 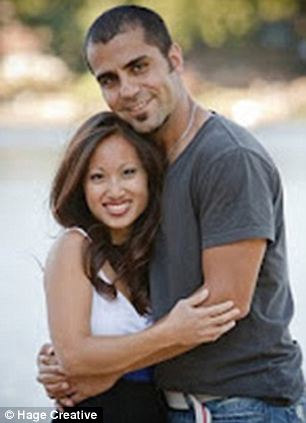 Ordeal: In a post on their blog, Mrs Moghadam said officials admitted they had overreacted

‘The couple had documentation, but we have had cases where such documentation is fraudulent, so we are having it verified,’ said Frank Kwofie, from the police’s criminal investigations department.

On Sunday, Sol posted on his wife’s Facebook page and lambasted the U.S. embassy.

‘Granted, that US embassy can not intervene in the Ghanaian legal procedures,’ he wrote. ‘However in my opinion they failed short in protecting US citizens. I think they should have been more involved since there were two minors involved.’

He added that the couple were not told of their rights until a day after they were detained and did not tell them what offense they were accused of committing when they were arrested. 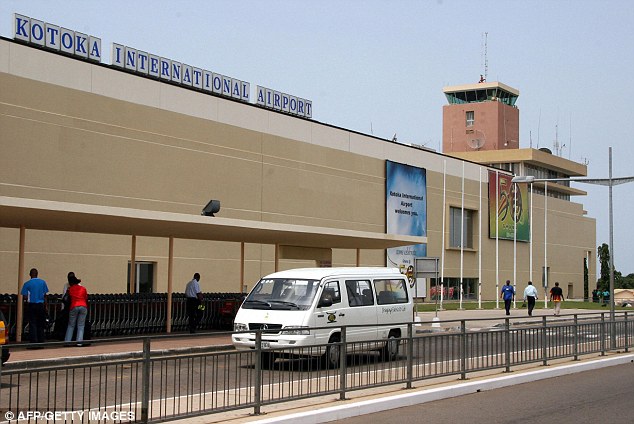 Seized: The family was stopped at the airport in Accra, Ghana, pictured, as they tried to leave with the children

Pleas for a lawyer were ignored, as well as requests to call the U.S. Embassy. He added that ‘violence was involved’.

An earlier blog post vented the couple’s excitement at ‘finally having a court date in Ghana’, which was set for June 14, they wrote.

They also posted images of documents issued from Homeland Security allowing them to bring their adopted children, who are overseas orphans, into the United States.