Ibogaine is used by the Bwiti tribe in Gabon

Since the 1960s a disparate group of scientists and former drug addicts have been advocating a radical treatment for addiction – a hallucinogen called ibogaine, derived from an African plant, that in some cases seems to obliterate withdrawal symptoms from heroin, cocaine and alcohol. So why isn’t it widely used?

For nearly 15 years, Thillen Naidoo’s life was ruled by crack cocaine. Growing up in Chatsworth, a township on the outskirts of Durban in South Africa, he was surrounded by drugs.

After a troubled childhood and the death of his father, he turned to cocaine.

Though he held down a job as a carpenter and could go for days or even weeks without a hit, his wild drug binges often ended in arguments with his wife Saloshna and sometimes even physical abuse.

By the time he met Dr Anwar Jeewa at the Minds Alive Rehab Centre in Chatsworth, Naidoo had tried to quit several times and failed. “Those were dark, dark days,” he says. 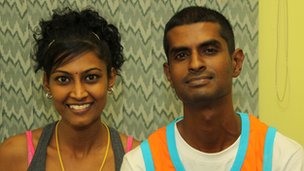 Jeewa offered a radical solution, a hallucinogenic drug used in tribal ceremonies in central Africa that would obliterate his cravings.

But Naidoo was anxious. “I didn’t know what this ibogaine thing was,” he says. “I never expected it to work.”

After several medical tests he was given the pill.

A few hours later he lay in bed, watching flying fish swarm above his head. He felt the room move around him and a constant buzz rang in his ears. Scenes from his childhood flashed up briefly before his eyes and each time someone approached to check he was OK he felt a rush of fear.

The hallucinogenic effect wore off overnight but for the next few days Thillen was in a haze. When he returned home a week later, he realised he no longer craved cocaine. Six months later, he is still clean.

He attends a therapy group two days a week, where he learns the skills necessary to maintain a lifestyle without drugs.

“My mind has shifted now from what I used to be,” he says. “I can look back at my childhood and deal with those issues without sobbing and feeling sorry for myself.”

Jeewa estimates he has treated around 1,000 people with ibogaine but it remains largely unacknowledged by the medical mainstream.

The drug, derived from the root of a central African plant called iboga, had been used for centuries by the Bwiti people of Gabon and Cameroon, as part of a tribal initiation ceremony.

But it wasn’t until 1962, when a young heroin addict called Howard Lotsof stumbled upon ibogaine, that its value as an addiction treatment was uncovered.

Lotsof took it to get high but when the hallucinogenic effects wore off, he realised he no longer had the compulsion to take heroin. He became convinced that he had found the solution to addiction and dedicated much of his life to promoting ibogaine as a treatment.

As far as scientists understand, ibogaine affects the brain in two distinct ways. The first is metabolic. It creates a protein that blocks receptors in the brain that trigger cravings, stopping the symptoms of withdrawal.

“Ibogaine tends to remove the withdrawals immediately and brings people back to their pre-addiction stage,” says Jeewa. With normal detox this process can take months.

Its second effect is much less understood. It seems to inspire a dream-like state that is intensely introspective, allowing addicts to address issues in their life that they use alcohol or drugs to suppress. 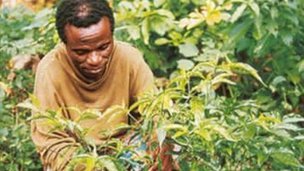 Howard Lotsof’s early campaign had little success and ibogaine was banned in the US, along with LSD and psilocybin mushrooms, in 1967.

In most other countries it remains unregulated and unlicensed. Lotsof set up a private clinic in the Netherlands in the 1980s and since then similar clinics have emerged in Canada, Mexico and South Africa.

These clinics operate in a legal grey area. But a small group of scientists is still working to bring ibogaine into the mainstream.

In the early 1990s, Deborah Mash, a neuroscientist and addiction specialist at the University of Miami, came upon the work of Dr Stanley Glick, a scientist who had researched the effect of ibogaine on rats.

Glick hooked rats on morphine, an opiate painkiller, by allowing them to self-administer it through a tube. He then gave them ibogaine and found they voluntarily stopped taking morphine.

The problem with addiction research

Around the same time, Mash was contacted by Howard Lotsof. They began working together and in 1995 secured full approval from the US Food and Drug Administration (FDA) to investigate its potential in humans.

But these tests cost millions of dollars, and Mash applied for five separate public grants but each one was declined.

Usually, this money would come from big pharmaceutical companies but drugs like ibogaine offer little potential for profit.

It only has to be taken once, unlike conventional treatments for heroin addiction such as methadone which is a substitute and addictive itself.

“One very cynical reason they are not being developed is that there is no patent on these drugs anymore so there is no pharmaceutical company involvement,” says Ben Sessa.

Pharmaceutical companies make money by patenting new chemicals but ibogaine is a naturally occurring substance and is difficult to secure a patent on.

It also comes with some risks. Ibogaine slows the heart rate and when administered to rats in very high doses, it has been proved to damage the cerebellum, a part of the brain associated with motor function.

There are 10 deaths known to be associated with the drug and its unregulated use has prompted some horror stories. Online forums are littered with stories of unscrupulous practitioners administering ibogaine in hotel rooms or in the patient’s home with no medical support.

One alcoholic says he paid $10,000 (£6,279) and it didn’t work at all. His respiration was not monitored and he didn’t have any physical or psychological check-ups beforehand.

“The ‘visions/trip’ were so excruciating I never wanted to be altered again. I felt I was near death during the trip because I was having trouble breathing.”

Ibogaine also has something of an image problem, says Glick.

“It has too much political baggage associated with it. By the time everybody became aware of it there was already scepticism because this was not something that came from a drug development programme.”

After failing to get funding, Mash opened a private clinical research centre on the island of St Kitts in the Caribbean in 1996. There she collected data on 300 addicts detoxed through ibogaine. 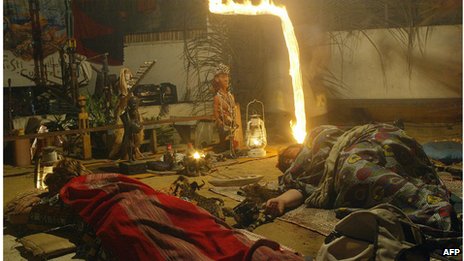 She says all patients showed an effect on their addiction, 70% went into remission for several months and many for years. The clinic’s first two patients are still drug-free 16 years later.

“Cocaine addiction is a terrible addiction,” she says. “Getting people off crack? Good luck. We did it, we were able to break out intractable addicts.”

Determined to bring the treatment to more people, Mash is now working with the private sector to create a version of the drug that will be more attractive to pharmaceutical companies.

She is working to isolate noribogaine, a substance created by ibogaine in the liver, which she believes is responsible for inhibiting cravings, taking away the hallucinogenic effect. But she continues to push for research into the whole drug.

Glick doesn’t believe noribogaine will ever be approved in the US. “If for no other reason than that it is too closely related to ibogaine,” he says.

He is developing an alternative but he regrets that significant testing into ibogaine has never been done.

According to a psychiatrist and addiction specialist, Dr Ben Sessa, the timing for this research could finally be right.

The past two years have seen the first scientific study published into the use of MDMA on trauma victims and psilocybin for psychotherapy, and a similar study into LSD is expected this year.

“Radical options are needed,” says David Nutt, head of the UK’s Independent Scientific Committee on Drugs, but he maintains some scepticism about so-called wonder cures.

“The history of medicine is littered with people doing interesting, challenging things, but when you do proper control tests they reveal a massive placebo effect,” he says.

What is needed, he says, is a single blind study in which one group of addicts takes a standardised dose of the drug and another group takes a placebo, both followed by a full 12-step detox treatment plan. He estimates that would cost about $2.37 million (£1.5 million).

“Once you have a patient that is drug free and whose brain is back to its full potential then you can help them change their lifestyle,” says Jeewa.

“Ibogaine helps to interrupt addiction but it’s not a cure or a magic bullet,” he says. “It has to be taken in the right setting and treatment has to be followed up with psychosocial care.”