A perverse high school caretaker has been sacked after he opened his wallet and offered a female student ‘as much money as she wanted’ if she let him suck her toes.

Harley Joseph, 29, was working at LaGuardia Community College in Long Island City, in the Queen’s area of New York when the bizarre incident took place.

According to the New York Daily Post he was fired in February after the proposal was made to the young girl, according to the special commissioner of investigation. 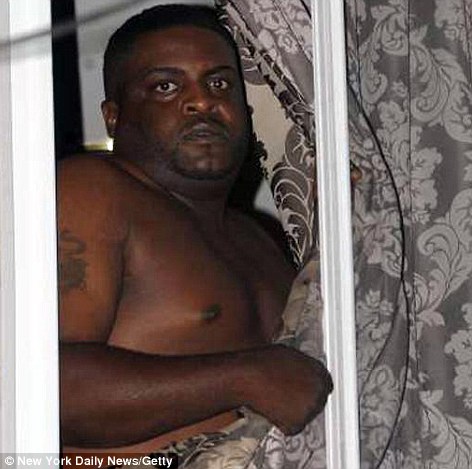 Issue: Harley Joseph was sacked from his job at a high school in New York after he offered to pay a teenage student to let him suck her toes

The victim, a student at Middle College High School, said the maintenance man first approached her in November last year when he asked her out for lunch.

Investigators said she refused and nothing further happened for several months until she was confronted by Joseph again in January.

On that occasion he is said to have told her she ‘had nice feet’ before offering her $100 to let him ‘suck her toes’.

When she refused Joseph opened his wallet and offered her ‘as much money as she wanted’ to let him indulge in his bizarre foot fetish.

When this second offer was declined a desperate Joseph said he would take her to the nearest cash machine so he could take out more cash for her.

When she turned him down for a third time investigators said Joseph turned violent and leading the girl by the wrist told her he would lead her to a ‘place where no one would see them’.

Scene: Joseph was working at LaGuardia Community College in Long Island City, in the Queen’s area of New York when the bizarre incident took place

The girl managed to escape, but reported the incident. Investigators opened a file on the case, but the matter was taken no further when they found Joseph had already been transferred from the high school.

The incident has raised concerns about the city’s attempts to allow private companies to take on the job of hiring maintenance staff in some of its public colleges.

Joseph was one of many caretakers screened and hired by private companies that are not subject to the same rigorous background checks that the city provides for its college staffers.

The 29-year-old was taken on by Perfect Building Maintenance, and began working at LaGuardia in June 2008.

Perfect Building Maintenance has a five-year contract to provide custodial services at LaGuardia. The contract finishes next year, and the company declined to comment for this story.

A LaGuardia spokesman said Perfect Building Maintenance does conduct background checks, but the company would not confirm whether Joseph had received one.

According to court records in July 2011 he was arrested on unrelated misdemeanor charges, but the charges were dropped.