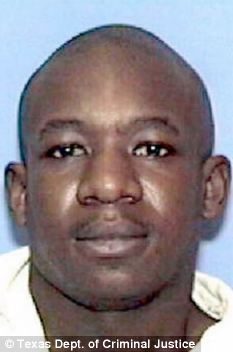 Yokamon Hearn, 33, is set to become the first Texas prisoner to be executed under the state’s new single-drug lethal injection procedure

A Texas prisoner who murdered a 23-year-old stockbroker in 1998 is due to become the first to be executed under the U.S. state’s new single-drug lethal injection procedure.

Yokamon Hearn, 33, who shot Frank Meziere ten times before dumping his body on the side of the road, is due to be executed on Wednesday.

Hearn will be the sixth prisoner executed in Texas this year, but the first since the Texas Department of Criminal Justice announced its switch to single-drug lethal injections amid a drug shortage that has left states in the U.S. scrambling for acceptable alternatives.

It was announced last week that Texas would use a single dose of pentobarbital as a lethal injection, instead of using the sedative in combination with two other drugs as before.

Ohio became the first state to use a single drug a year ago, and several other states have since made the switch.

Courts have upheld the practice, despite the reaction of death penalty opponents who claim that prisoners take longer to die with a single drug.

Hearn – known to his friends as Yogi – has made appeals against his sentence based on his mental capacity, the competence of his lawyers, and whether recent lower federal court rulings improperly blocked his current legal team from pursuing appeals.

In 2004 a federal court spared Hearn less than an hour before he could have been taken to the death chamber, so that it could consider arguments that he was mentally impaired and therefore ineligible for the death penalty. That appeal was subsequently rejected.

More recently Hearn’s lawyers told the U.S. Supreme Court that, while tests show Hearn’s IQ is considerably higher than levels determining mental impairment, he suffers from a fetal alcohol disorder that should disqualify him from execution.

‘He was quite capable of functioning and figuring out how to rob people,’ he said. 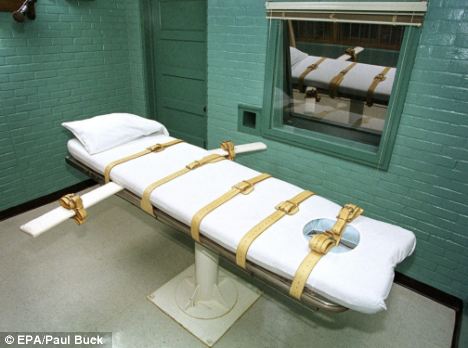 The death chamber inside the Texas State Penitentiary at Huntsville, where Yokamon Hearn is scheduled to be executed on Wednesday

Hearn was 19 at the time of Meziere’s murder and had a lengthy criminal record that included burglary, robbery, assault, sexual assault and possession of weapons.

Meziere was abducted at gunpoint as he was cleaning his car at a self-service car wash in Dallas.

A security camera video at a convenience store next to the car wash captured images of Hearn with two other Dallas men and a woman from Oklahoma City. They had been out looking for someone to carjack, authorities said.

According to trial testimony, Hearn and Delvin Diles forced Meziere into the stockbroker’s car, and Hearn drove it to an area near Dallas’ wastewater treatment plant. The two others, Dwight Burley and Teresa Shirley, followed in a second car. 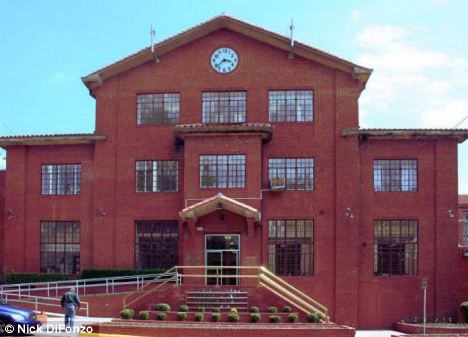 The Texas State Penitentiary is following the lead of prisons in other U.S. states by switching to the single-drug lethal injection method

Meziere, from Plano, was shot with a stolen, assault-style rifle and then with a .22-caliber pistol.

Shirley testified that Hearn shot Meziere with the rifle and then continued to fire after he hit the ground. Diles then shot him with the pistol.

She also testified that Hearn later waved around a newspaper account of the crime and was pleased it said Meziere had been shot in the head, or ‘domed’ in street slang. According to The Dallas Morning News, Hearn told her: ‘I told you I domed him. I told you. I told you.’

Diles, 19 at the time, pleaded guilty and received consecutive life terms for Meziere’s death and an unrelated aggravated robbery.

Hearn would be the 483rd inmate executed since Texas resumed carrying out capital punishment in 1982. He is among at least nine men with execution dates in the coming months.