Police are on a hunt for a woman who was violently abducted by a man outside a New York train station in an incident captured by surveillance cameras.

After leaving a train at the Ronkonkoma station on Sunday morning, the unidentified woman in a red coat and white stockings is seen knocked to the ground after being approached by a man in a black leather jacket.

Getting up from the floor, the woman enters the office of a taxi company and speaks to a worker behind the window before the man hurries in after her. 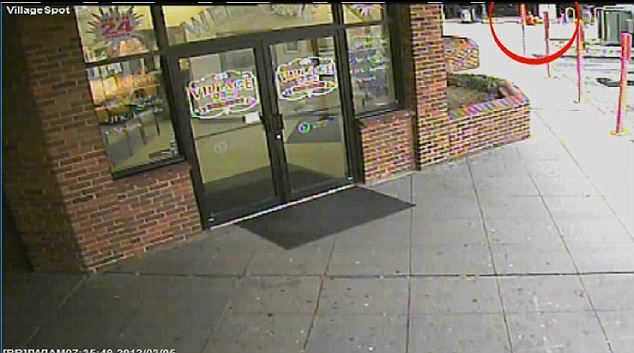 Throw down: MTA Police are on a hunt for a woman seen violently thrown to the floor and carried away by a man caught on video surveillance outside a New York train station last weekend 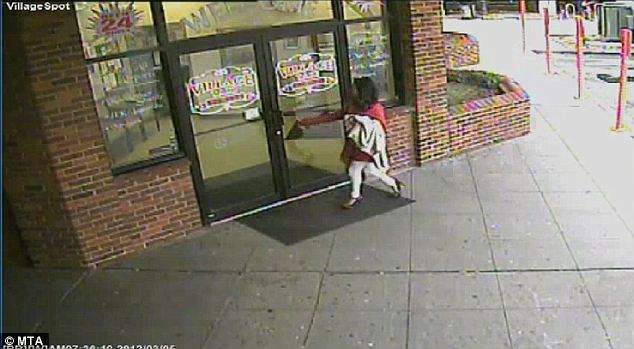 First escape: The unidentified woman wearing a red coat and white stockings stepped away from the man and into a taxi shop after he first approached her off her train at the Ronkonkoma station 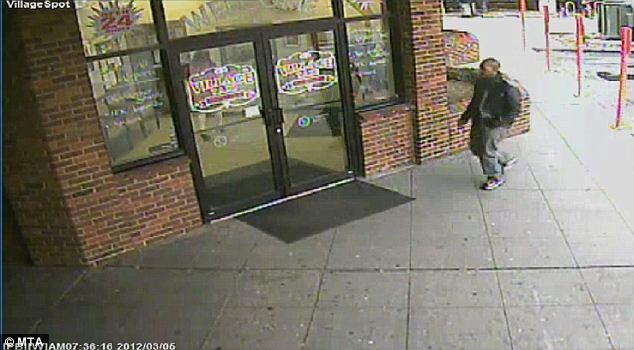 Chase: The man seen in a black leather jacket, hurried in after her, not letting her get away

She backs away from him and the two exchange several words before the man grabs at the woman’s right arm, tugging her out the door with him.

Once outside, the woman turns to face the man in an attempt to shove him away from her.

But he quickly snatches at the back of her neck and hair, carting her back toward the parking lot where in the reflection of the building’s windows you can see her stumbling to the pavement.

nside the office, a camera captures the couple outside as the woman is dragged away by the man on the ground.

He pauses, briefly walking away from her which gives her enough time to come to her feet, but then returns, blocking her path back toward the shop.

An witness to the scene catches the two who now stand face to face until the man begins to walk away. 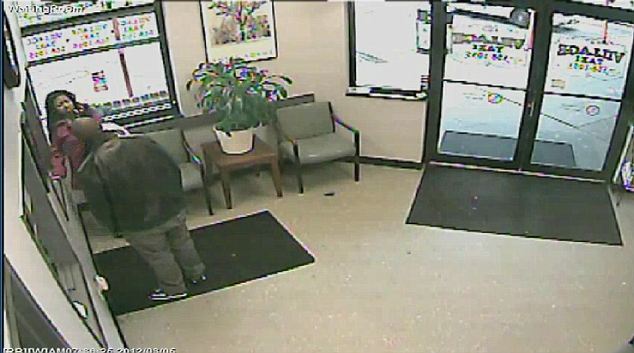 Confrontation: Once inside the man confronts her as she speaks with an employee behind a window, backing her into the office’s corner 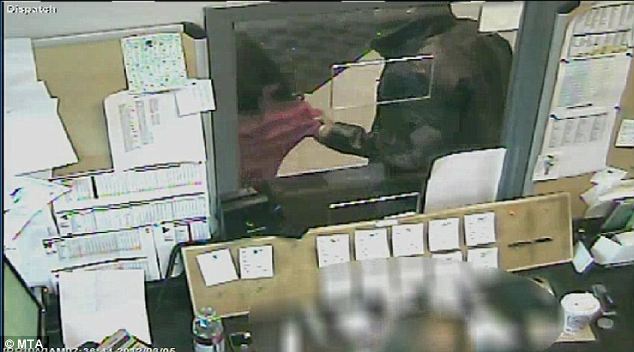 Pulled: Refusing to leave with him, he grabs at her right arm, pulling her out of the office with him as seen from inside the employee’s office area 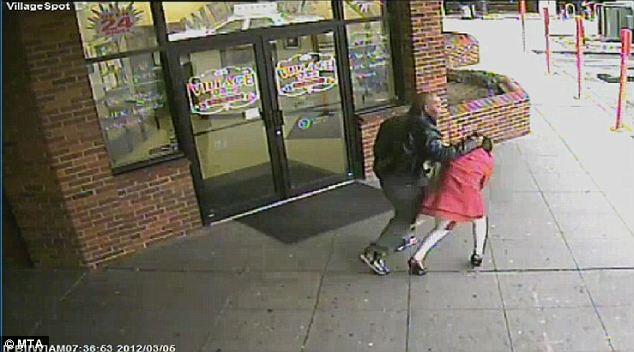 Dragged off: Police are on a hunt for a woman seen violently carried away by a man on video surveillance outside a New York train station

The woman tries to follow the witness back inside the office, but the man returns, walking her toward the parking lot before the witness says he threw her over his shoulder and into the back of a light silver four-door Nissan Altima.

Police say there have not been any missing person reports filed but they still worry the woman seen may be in danger.

According to the Metropolitan Transit Authority, the suspect seen is an African-American male between 25 and 30 years old standing at approximately 5ft 9 or 10 and weighing between 185 to 210 pounds. 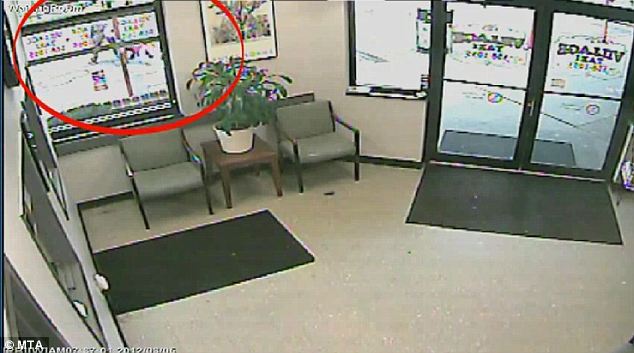 Carried off: From inside the office window the woman can be seen back on the floor of the parking lot and eventually dragged before she’s thrown into the back of his car, according to a witness