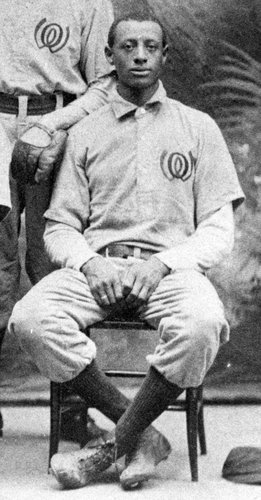 Charles Thomas was said to have been denied hotel rooms in 1903.

The Montreal Royals, the top minor league team in the Brooklyn Dodgers organization, broke baseball’s color line on Oct. 23, 1945, by signing shortstop Jackie Robinson of the Kansas City Monarchs in the Negro leagues. The Associated Press reported that the Dodgers’ president, Branch Rickey, said he had given a lot of thought to discrimination since his coaching days at Ohio Wesleyan University in the early 1900s.

He recalled that during a trip to South Bend, Ind., to play Notre Dame, the team’s only black ballplayer, Charles Thomas, was denied a room. Rickey asked whether Thomas could sleep on a cot in his room, and the hotel clerk obliged.

Later that evening, Rickey said, he saw Thomas sobbing and rubbing his hands, saying: “Black skin. Black skin. If only I could make them white.”

Rickey tried to console Thomas by telling him that racial equality would come.

Rickey said the scene haunted him.

“I vowed that I would always do whatever I could to see that other Americans did not have to face the bitter humiliation that was heaped upon Charles Thomas,” he told The A.P.

Rickey often repeated the story after signing Robinson, including when Robinson played his first game with the Dodgers on April 15, 1947. Rickey, however, rarely spoke about the scene in the hotel room in the years before signing Robinson.

“The Charlie Thomas story, though based in fact, is vintage Rickey,” said Jules Tygiel, the author of the 1983 book “Baseball’s Great Experiment: Jackie Robinson and His Legacy.” “The allegory is almost biblical, and the sermonlike quality of the tale invites skepticism. Many people place little stock in the episode as the primary rationale for his actions. Even if one accepts the Charlie Thomas story at face value, it does not fully explain why the Dodger president chose to challenge the color barrier four decades later.” 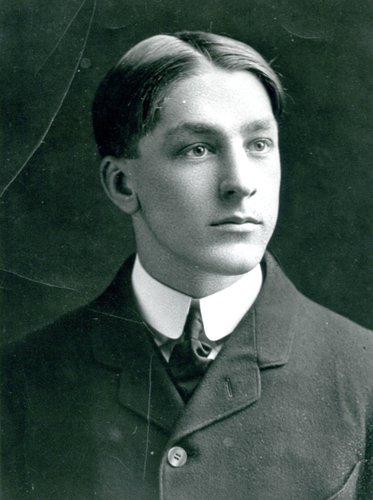 Although Rickey may have embellished the details for dramatic effect, “there is no doubt that the incident occurred,” Rickey’s biographer Lee Lowenfish said. Thomas, too, confirmed it.

The two remained friends until Rickey’s death in 1965.

Thomas was born in Weston, W.Va., in 1881, the same year that Rickey was born in Stockdale, Ohio. When Thomas was 3, his family moved across the Ohio River to Zanesville, Ohio. He lettered in football, track and baseball in high school, then attended Ohio Wesleyan, about 20 miles north of Columbus.

Thomas and Rickey were football teammates. Rickey, also a catcher on the baseball team, was declared ineligible for playing semiprofessionally. He became the university’s football and baseball coach, recruiting Thomas, a football fullback, to be the catcher.

But Thomas regularly faced racial discrimination from opposing teams and fans. During a 1903 baseball game at Kentucky, some players and fans chanted to get him off the field, using a racial slur. Lowenfish wrote that Rickey ran across the field to the Kentucky dugout and shouted at the opposing coach, “We won’t play without him!” The game was played without incident.

In segregated hotels, Rickey always made sure Thomas had accommodations, often on a cot in Rickey’s room, Thomas said.

“So long as this relationship of master and servant was obvious,” Rickey told the journalist Carl Rowan more than 50 years later, “then it was perfectly all right with whites who otherwise would object to a Negro’s staying in the hotel.”

The incident in South Bend probably occurred in May 1903, although it was not mentioned in newspapers. The Daily Journal-Herald of Delaware, Ohio, reported on May 13, 1903, that Notre Dame beat Ohio Wesleyan in South Bend, 11-0. Thomas found a measure of revenge three weeks later when he hit a home run in a home victory over Notre Dame.

“The feature of the game was witnessed in the first inning when Thomas stepped up to the slap and slammed the spheroid against the backyard fence for a home run,” The Daily Journal-Herald reported June 5.

Thomas was remembered for his skills on offense and defense and for his grace under pressure. In a letter to the student newspaper on May 27, 1905, one alumnus who had attended a game against Ohio University wrote that “the only unpleasant feature of the game was the coarse slurs cast at Mr. Thomas, the catcher.” The letter continued, “But through it all, he showed himself far more the gentleman than his insolent tormentors though their skin is white.”

Thomas left college in 1906 to attend dental school in Columbus. He graduated in 1908 and opened his first practice in St. Louis. He later moved to Albuquerque, where he lived for 40 years before retiring in California.

Rickey, who left Ohio Wesleyan before the 1905 season, played briefly in the major leagues before he, too, moved to St. Louis, where he became an executive with the Browns, and then the Cardinals, for whom he was the general manager until 1942. Rickey was probably aware that any attempts to sign blacks in Missouri, a former slave state, would be met with hostility. The Cardinals played their home games at Sportsman’s Park, the last major league ballpark to remain segregated.

Once Rickey became president of the Dodgers in 1942, he was in a position to effect change. Rickey signed Robinson, who played his first game in the major leagues a year and a half later.

When Thomas died in 1971 at 90, his obituary in The Albuquerque Tribune quoted a friend, Herman Schulman.

“He and Mr. Rickey were such good friends,” Schulman said, adding. “Every time that Rickey would come to Albuquerque, he would always get hold of Dr. Thomas and they would have dinner.”