As Cheyenne Woods teed off during a practice round for the U.S. Women’s Open golf tournament in Wisconsin this week, it was clear she had inherited more than golfing talent from her uncle, world champion golf star Tiger Woods.

With that same glint in the brown eyes, the same unswerving focus, the mouth set in a determined line, the 21-year-old is the image of her uncle.

Cheyenne, whose uncle Tiger has won 14 majors across his stellar career, this week made her debut in her first national championship after turning professional earlier this season. 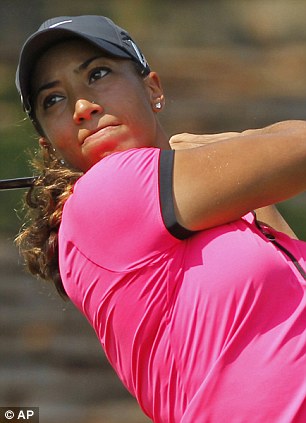 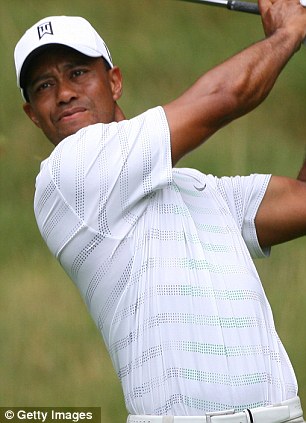 Tiger to a tee: Cheyenne Woods, the 21-year-old niece of golfing star Tiger Woods, looks the spitting image of her uncle, with the same steely determination in her focused gaze

Given the chance to show that she had the game to match her famous family name, Cheyenne Woods rose to the challenge, opening with an impressive 75 in the energy-sapping heat in the first round of the U.S. Women’s Open on Thursday.

It wouldn’t quite measure up to the best days of her uncle Tiger, but it wasn’t bad for a 21-year-old recent university graduate who just turned professional and was playing in her first Open.

Displaying the same perfectionism that has taken her uncle to the top of his game, she was modest about her achievement.

Talent: At 21, Cheyenne is showing the same promise her uncle showed in the early stages of his career, which has now seen him win 14 major tournaments

‘I didn’t start off too good,’ she said after her qualifying performance. ‘I felt like I held in there pretty good. It’s a tough course, and I’m just happy to be here.’

The crowd watching Cheyenne play were only too aware of her famous family ties, and she said after the game that she heard whispers coming from the crowd.

But although such notoriety  no doubt brings added pressure, it pays off too, with Cheyenne saying she has been given a real boost by fan support. 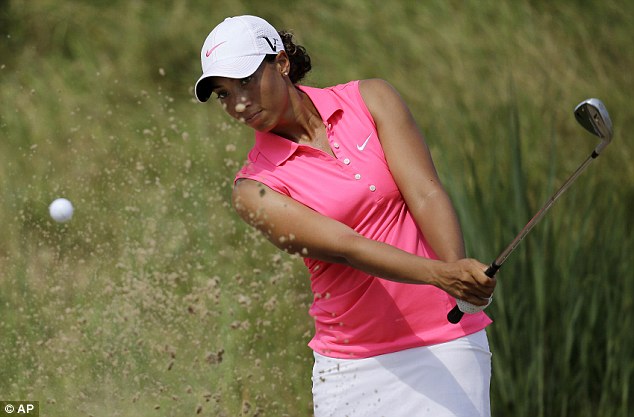 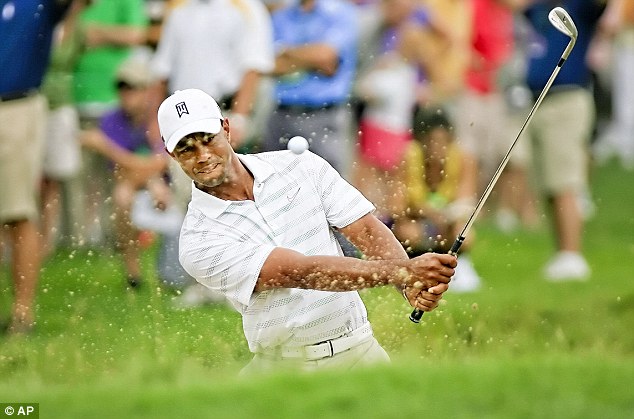 Close: Cheyenne said her uncle is the best role model she could have – and he sometimes gives her tips on her swing

‘Everyone out here has been really, really supportive, cheering us on,’ Woods said. ‘I’ll give them props for coming out today, because it’s definitely hot out there.’

Woods grew up in Arizona and is used to temperatures over 100 degrees (38 C) – but the combination of high temperatures and humidity was challenging. 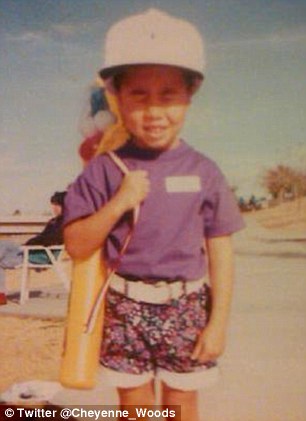 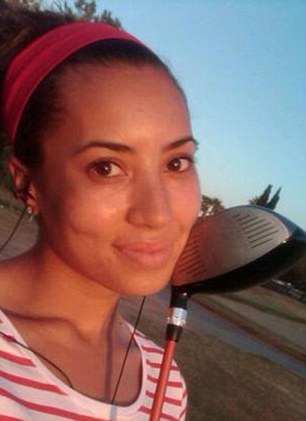 Naturally talented: Miss Woods has been golfing since she was a child (left), the the 21-year-old (right) started playing competitively when she was eight years old

‘I’m a little drained after that almost six-hour round, but I’m just happy to be here and excited to be a part of the U.S. Open for the first time,’ Woods said. 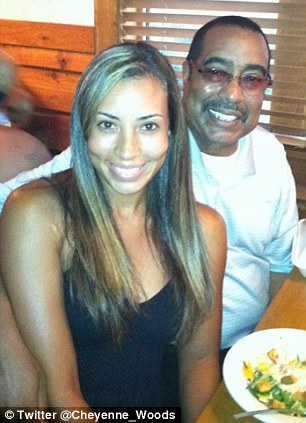 Woods said she expected to hear from her uncle later in the day.

‘He’s always been supportive of my career and excited that I’m taking this next step,’ Woods said, adding that she has turned to her uncle for occasional swing advice, but mostly relies on him for emotional support.

‘He’s the best player in the world and I have him at my fingertips if I need help,’ she said. ‘So it’s nice to have.’

Woods is the daughter of Earl Dennison Woods Jr., Tiger’s older half-brother. Her grandfather, Earl Woods Sr., was the first to put a a golf club in her hands when she was an infant.

She was just 19 months old when her mother, Susan, pushed her around Riviera Country Club in a stroller while uncle Tiger, then 16, made his PGA Tour debut.

‘It’s something that I always wanted to do since I was five years old and I started playing golf,’ she said. ‘Watching Tiger play as I grew up, I knew I wanted to get out (on tour) some day.’

12 killed as Kenyan elections hijacked by terrorists with machetes, bows and arrows and pistols