By MONICA DAVEY
Published: February 11, 2013
CHICAGO — On a day when the authorities here filed murder charges in a case that had come to represent the painful price of gun violence, Mayor Rahm Emanuel on Monday called on state lawmakers to increase minimum sentences for gun crimes in Illinois and require violators to serve the bulk of those prison sentences.
The push to increase minimum sentences for serious gun violations to three years in prison comes as one piece in a larger assortment of efforts — including more mentoring, after-school activities, policing and early childhood education — that Mr. Emanuel and other leaders here say they are advocating to stem gang-connected violence that contributed to more than 500 deaths in Chicago last year.
The legislative proposal came not long before the Chicago police announced arrests in the killing of Hadiya Pendleton, a 15-year-old high school majorette who was fatally shot here a week after taking part in inauguration festivities in Washington. The two men arrested — Michael Ward, 18, and Kenneth Williams, 20 — had ties to a gang, the police said, and one of them had been convicted of a gun charge last year but was granted probation. 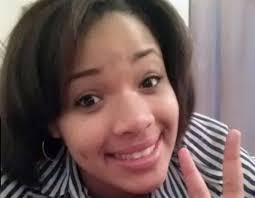 The death of Ms. Pendleton, who the police say had no ties to gangs and had once appeared in a video urging young people to stay out of gangs, has drawn new national focus to everyday urban gun violence, beyond the mass shootings that grab national headlines like those at an elementary school in Newtown, Conn., and a movie theater in Aurora, Colo. The two men charged in the case mistakenly thought that Ms. Pendleton and a group of her friends who had gathered in a park on the city’s South Side were members of a rival gang, the police said, and were seeking retaliation for an earlier shooting.
Ms. Pendleton’s parents were expected to attend the State of the Union address on Tuesday as guests of Michelle Obama, who traveled to Chicago over the weekend to attend the girl’s funeral. President Obama is expected to appear in Chicago on Friday, officials said, both to elaborate on the economic themes he plans to raise in the address and to talk about gun violence in Chicago and around the nation.
Mr. Emanuel, who served as Mr. Obama’s chief of staff, said he welcomed the visit. “We have to have the enforcement,” he said. “We have to have better gun laws. We have to have more investment in our children. But part of this is having an honest conversation, given that the lion’s share of both the victims and the perpetrators are young African-American men. Who better to have that discussion than the president of the United States, who has repeatedly talked about fathering and the role of fathering?”
Compared with some other parts of the country, Illinois and Chicago laws regulating weapons are seen as relatively strict. Still, in a city that banned handguns until 2010 when a court overturned the ordinance, guns have been prevalent. More guns have been confiscated in recent months by the police here than in the nation’s two larger cities, New York and Los Angeles. In just the first six weeks of the year, 809 weapons were seized here, the police superintendent, Garry F. McCarthy, said Monday, standing near a table covered in guns.
While some view Chicago’s experience as evidence that gun restrictions fail to improve safety, others say it reflects a need for consistent federal restrictions rather than a patchwork of local and state laws, as well as for sentencing harsh enough to deter gang members.
Anita Alvarez, the Cook County state’s attorney, said that gun offenders here sometimes get one-year sentences and may serve only about half of their sentences or even less.
Mr. Ward, who was charged with murder and attempted murder in the shooting that left Ms. Pendleton dead in a park not far from Mr. Obama’s Chicago home on Jan. 29, in 2012 received a sentence of two years’ probation, Superintendent McCarthy said, after being charged with unlawful use of a weapon. A mandatory prison sentence, the superintendent said, could have changed everything.
“We cannot continue to rely on laws that are not working and expect to see a different result,” Ms. Alvarez said, urging the legislative changes that would require that those convicted in gun crimes to serve at least 85 percent of their sentences.
Michael D. Shear contributed reporting from Washington.

A Scholarship for Me, but What About My Friends? Diversifying College Admissions and Aid