January 30, 2013
by John Bacon, USA TODAY
The latest victim of gun violence on the embattled streets of Chicago is a high school majorette and volleyball player who last week was performing at events for President Obama’s inauguration, theChicago Tribune reports.
Hadiya Pendleton, 15, and some friends were hanging out Tuesday afternoon at a park frequented by gangs near King College Prep, where Hadiya was a sophomore, the newspaper reports. TheTribune, citing a police report, says a group of 10 to 12 teens had taken shelter under a canopy during a rainstorm when someone jumped a fence, ran toward the group and opened fire.
A boy, 16, also was shot and was hospitalized serious condition. TheTribune, again citing police, says most of the people in the park were gang members and that other kids in Hadiya’s group were not cooperating with officers. No arrest have been made.
Friends of the girl told the newspaper that she was a majorette and a volleyball player. She performed with other King College students at the inaugural events in Washington, D.C.
Hadiya’s death is another tragedy for a city in a pitched battle with gangs and murder. 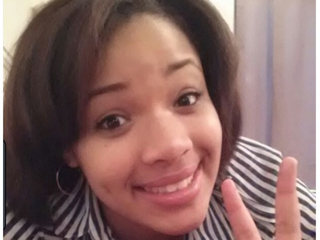 In October, USA TODAY’s Judy Keen reported that “driven by gangs, drugs and guns, the bloodshed in President Obama’s adopted hometown has resulted in a body count that exceeds the 312 murders this year (2012) in New York and 212 in Los Angeles, cities with populations dwarfing that of the Windy City. The toll here is up 25% from 2011: 391 through Sept. 23.”
Police Superintendent Garry McCarthy said in October that police had deployed more officers to the most deadly areas, sought help from federal agencies and swept up guns and drugs and the people who possessed them.
Garland Green, 40, told Keen that he is proof that the cycle of gangs, drugs and death can be broken. He said he was a gang member in his youth, and spent time in jail. Now he is a cook and owns a catering company. But he told Keen he understands the allure of life on the streets. “You’re either rich, dead or in jail,” he says. “To avoid that, education always has been and always will be the answer.”

Can rap moguls repair a culture they created?