A self-confessed white supremacist from Chicago plans to plead guilty to burning down his black neighbor’s home in a racist attack, according to reports. Brian James Moudry, 35, has until now pleaded not guilty to setting fire to the family home in Joliet in 2007. But he has now requested to change his plea to guilty, according to the report by CBS. 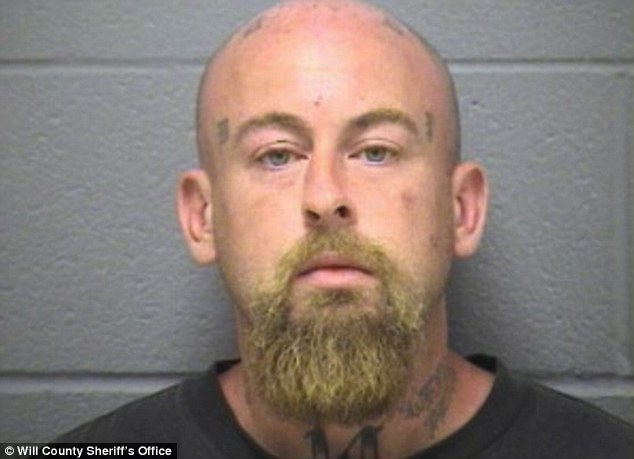 Plea change: Brian Moudry, pictured, will admit torching his neighbor’s home in a racist attack, according to reports. The white supremacist is accused of setting the blaze to drive a black family out of his neighborhood

Court records allegedly show Moudry will admit the charges in federal court. It is alleged he was trying to force the family of ten out of the South Reed Street area. The couple, who were renting the home, had eight young children. All eight were in the property on June 17, 2007 at the time of the blaze, but managed to escape unharmed. Tattooed Moudry has previously served time for hate crimes, according to the report, and was allegedly a member of the far-right hate group headed by Matt Hale. Hale is serving a 40-year prison sentence for asking a follower to murder U.S. District Judge Joan Lefkow in 2002. The indictment against Moudry alleges he set the fire to ‘injure, intimidate, and interfere with’ the family. 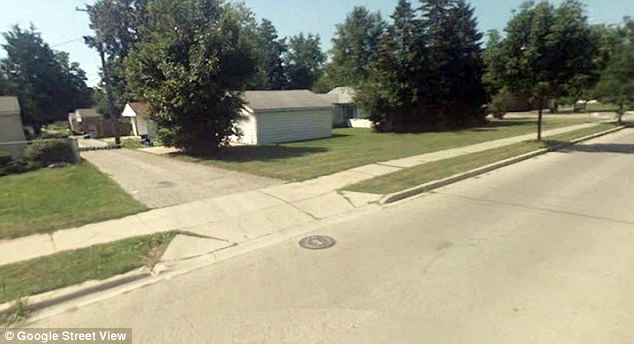 Neighbors: Brian Moudry is accused of setting a fire in the South Reed Street area of Joliet, Chicago, in 2007. He is accused of trying to force his black neighbors away from the area, pictured

They moved out after the fire. Moudry was charged with a three count indictment including arson, using fire to interfere with housing rights on the basis of race, and using fire to commit another felony. He could face a sentence of up to 20 years for the arson charge while the other charges carry mandatory 10-year sentences and fines of up to $250,000. ‘The federal government takes very seriously its responsibilities to protect members of all racial and ethnic groups from intimidation and violence,’ outgoing U.S. Attorney Patrick J. Fitzgerald said in a statement in May, when Moudry appeared in court. Moudry is being represented by a black attorney, MiAngel Cody who was appointed to him. He remains in custody. Read more: http://www.dailymail.co.uk/news/article-2263936/Chicago-white-supremacist-Brian-James-Moudry-plead-guilty-torching-home-black-family.html#ixzz2IGhWvUDe

A Girl Like Me: Film About Black Girls Struggle to define themselves