By KIM SEVERSON      Published: May 23, 2013
MARIETTA, Ga. — In the state where the Rev. Dr. Martin Luther King Jr. was born and a legacy of lynching still informs politics, it is never easy to suggest that a leader of the civil rights movement might be a thief.

That is why Sally Yates, a United States attorney, stepped carefully last week when she brought a 54-page indictment against Tyrone Brooks, a state representative from Atlanta who got his start as a street soldier for Dr. King.

“This is a disappointing day,” her statement began. “Representative Brooks has done much good in his life, both as a state legislator and civil rights leader.”

She did not send United States marshals to arrest Mr. Brooks, 67. Instead, he was allowed to show up in court on his own this week when he pleaded not guilty to 30 counts of mail, wire and tax fraud.

In a scheme that the federal government says stretches back to the mid-1990s, Mr. Brooks is accused of using a fake charity and a secret bank account to siphon about a million dollars in donations from corporations like Coca-Cola, organizations like the Teamsters and individual donors. 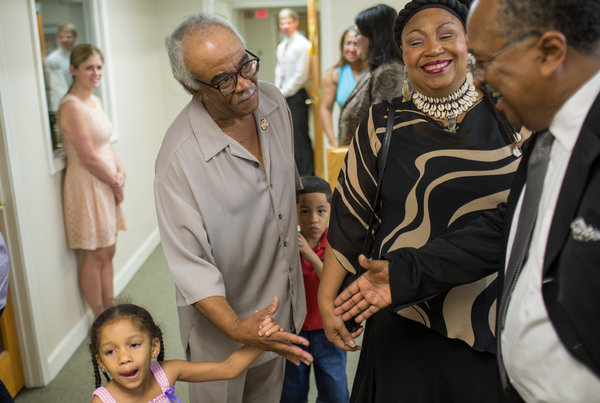 Raymond McCrea Jones for The New York Times—–State Representative Tyrone Brooks, left, on Thursday. He pleaded not guilty this week.

With it, the government asserts, he paid for his cable television service, home repairs, dry cleaning, shoes and a host of other personal expenses, including cash gifts to his family.

The money was supposed to help support two organizations dedicated to furthering the cause of African-Americans.

The indictment says Mr. Brooks created a personal bank account to divert about $300,000 in donations to the Georgia Association of Black Elected Officials, of which he has been president since 1993. The money was supposed to finance voter registration drives, programs to fight child hunger and rehabilitate felons and other community efforts.

The government also claims Mr. Brooks used for his personal expenses nearly $800,000 that was donated to Universal Humanities, a charity he formed in 1990. Its purpose, at least on paper, was to help teach literacy and mentor the underprivileged.

The group exists in name only, according to the indictment. There are no offices, staff or evidence of actual programming. The board lists a number of individuals, some of whom had no idea they were on it.

The chairwoman is listed as Emma Gresham, 88, who had been a teacher and, for 17 years, the mayor of Keysville, Ga., a town near Augusta with fewer than 200 people, the majority of them African-American.

Reached at her home, Ms. Gresham could not recall the organization but said she had done literacy work for Mr. Brooks.

He has long been a hero in Keysville, where a street is named after him. In the 1980s, he helped get Ms. Gresham elected mayor in a town that was all but dying. It had no running water and a high level of illiteracy.

There had not been a mayor in 50 years. After a legal fight led by Mr. Brooks, Ms. Gresham became the first black to hold the office and greatly improved daily life for residents. “Tyrone taught us how to march,” she said.

Mr. Brooks said he began the Universal Humanities charity to teach people in Keysville to read. 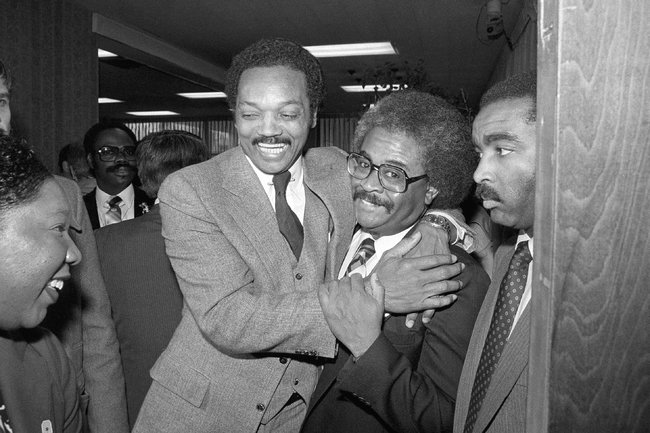 In 1961, Mr. Brooks was 15. Caught up in the urgency of the civil rights movement, he walked into the offices of the Southern Christian Leadership Conference and volunteered. Six years later, Dr. King hired him.

Mr. Brooks claims to have been arrested over civil disobedience and other acts of protest 66 times.

At the urging of civil rights leaders, he became a state lawmaker in 1980. There he met Roy Barnes, a fellow Democrat who would later become governor. The two worked closely to remove the Confederate battle flag from the state flag, which had incorporated the design in 1956. The move contributed in part to the governor’s defeat in 2002. Mr. Barnes, a lawyer, is representing Mr. Brooks free of charge.

At a news conference in Mr. Barnes’s office here on Thursday, he said Mr. Brooks was guilty only of bad bookkeeping. With Mr. Brooks silently standing at his side, Mr. Barnes explained that the lawmaker had worked for the two charitable groups without fee. The donated money he used for personal expenses was essentially in lieu of a salary.

“His life is about serving, not amassing great wealth,” Mr. Barnes said. “If his life had been about wealth, he could afford to pay me.”

Mr. Barnes has also helped Mr. Brooks with one of his most enduring passions: solving what is widely considered to be the last public lynching in Georgia.

It happened in the summer of 1946 near Moore’s Ford Bridge, about an hour’s drive northeast of Atlanta in what was then the heart of cotton country.

More than a dozen men hauled two black couples from their car, dragged them down a bank and shot them. One of the slain men had just returned from service in World War II, and the murders contributed to President Harry S. Truman’s order to desegregate the military.

The lynching was investigated by the F.B.I. but remains unsolved. In 2001, Mr. Barnes, then governor, ordered the case reopened. Each year since 2005, Mr. Brooks has led a dramatic re-enactment of the lynching. He plans to do so again in July.

On the steps of the federal courthouse in Atlanta on Wednesday, local leaders of the N.A.A.C.P. gathered to suggest that the indictment might be linked to Mr. Brooks’s work on the case as well as his long history of political action in Georgia.

Edward O. DuBose, president of the state chapter, would not comment on whether he thought Mr. Brooks had indeed misappropriated money that might have otherwise helped the disadvantaged. The court, Mr. DuBose said, would decide Mr. Brooks’s guilt or innocence.

But Mr. DuBose and others said federal money might be better spent further investigating the lynching as well as financing the 2008 Emmett Till Unsolved Civil Rights Crime Act.

“We’re concerned that our tax money and resources are being used to target one man,” Mr. DuBose said.

Mr. Brooks continues to have support in other African-American circles here, although the fiery rhetoric that came forth when news of the federal investigation leaked this year has been tamped down.

“Tyrone walks tall and has a lot of respect,” the Rev. Tim McDonald III said. “We’re walking carefully, of course, and a little bit quieter. But what we call the street committee is still behind Tyrone.”

1681 In Maryland, The Year The Legal Status “White Persons” Was Born