COLORBLIND casting has become commonplace in opera. In most instances to mention a singer’s race in a review would be not just irrelevant but in questionable taste. If a white Italian baritone portraying the title role of Verdi’s “Rigoletto” were to be greeted onstage by a black American soprano as Rigoletto’s daughter Gilda, that they are of different races would be a nonissue. What would matter is what always matters: the singing, the acting, the overall effectiveness of the performance and the production.
At the same time noticing race is occasionally called for, as when the 33-year-old American soprano Latonia Moore made her Metropolitan Opera debut last March, stepping in for an ill soprano, to sing the title role of Verdi’s “Aida.” Ms. Moore proved a gifted singer with great potential and appealing stage presence. In my review I thought it only fitting to point out that hearing a young black artist sing the most famous African heroine in opera lent a meaningful dimension to Ms. Moore’s portrayal.
Contrast that with the Met’s production that returned last month, when Aida was sung by the Ukrainian soprano Liudmyla Monastyrska in her house debut. As is customary when a white soprano sings the role of this captive Ethiopian princess, Ms. Monastyrska, a striking woman, wore makeup to darken her skin tone, but just slightly. She looked like someone who might have made one too many trips to a tanning salon. 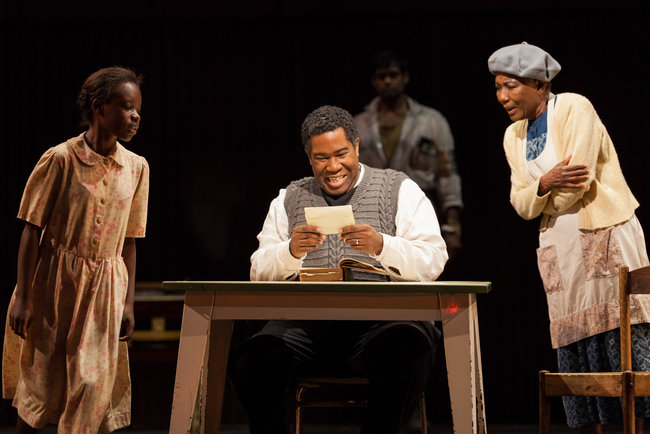 The big news about Ms. Monastyrska’s debut was her singing. She is a rarity in opera, a true lirico spinto, a soprano whose voice combines lyrical suppleness with plush, full-bodied sound. On the night I heard her I could not imagine that anyone in the house was thinking about the way Aida’s racial identity was being depicted.
If colorblind casting means that a fine soprano of any race can sing Mimi, Norma or even Madama Butterfly, provided she has the voice and temperament for the role, then this is something to celebrate.
But directors and conductors who make casting choices, along with opera audiences, can truly never be “blind” to a singer’s race. It is a major component of any artist’s presence and personality. And productions these days can take advantage, in a sense, of the racial makeup of cast members to deepen our understanding of certain roles and stimulate new takes on a complex opera. I am not saying the field has moved from colorblind to color-conscious casting. No company would begin planning a production of, say, “Carmen” by deciding that it might be fascinating to have a black tenor portray Don José. But if a tenor with a real Don José voice who happens to be black comes along, a director might choose to call attention to this artist’s race in a theatrically resonant way, however subtle or suggested.
I have been thinking about such possibilities since attending the Glimmerglass Festival last summer, where three of the four main productions — Kurt Weill’s “Lost in the Stars,” Meredith Willson’s “Music Man,” and “Aida” — demonstrated different approaches to casting when issues of color were involved.
This was Francesca Zambello’s second full season as the general and artistic director at Glimmerglass, the prestigious summer company in Cooperstown, N.Y. Her choice of repertory was shaped by her decision to present “Lost in the Stars,” the Weill musical with a book and lyrics by Maxwell Anderson, in a coproduction with the Cape Town Opera from South Africa, where the source for the story, the novel “Cry, the Beloved Country,” is set. 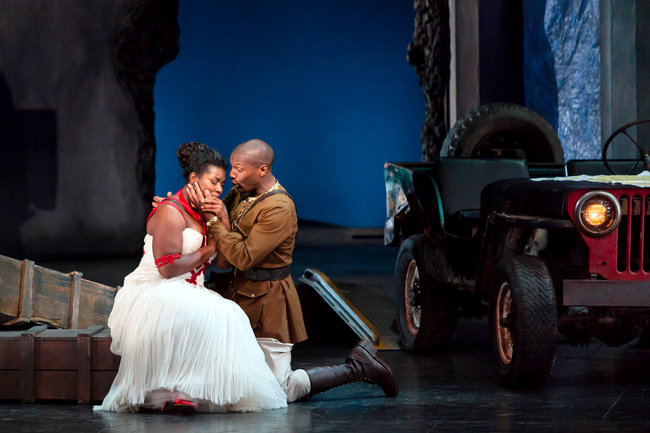 A contingent of singers from South Africa and a large number of minority American artists were members of the festival’s troupe this year. “Lost in the Stars,” presented in a humane and affecting production directed by Tazewell Thompson, was cast with great sensitivity to the racial identities of the various characters. The magnificent black bass-baritone Eric Owens gave a wrenching portrayal of the story’s hero, Stephen Kumalo, the priest struggling to serve his rural community as apartheid takes root in South Africa.
Since so many artists of different races were taking part in the festival, Ms. Zambello wanted to use their talents as much as possible. She directed an “Aida” set in the present-day Middle East. We first see Egyptian soldiers taking refuge in a bombed-out presidential palace after an onslaught from their Ethiopian enemies. Michelle Johnson, a vocally rich and lovely young black American soprano, sang Aida; Mr. Owens was a stentorian Amonasro, Aida’s father. But, in an unusual move, a dynamic young black American tenor, Noah Stewart, played Radames, the leader of the Egyptian forces.
No doubt Mr. Stewart was chosen for his vocal and dramatic skills. Still, the result was a production concept that essentially removed the element of racial difference that, in most traditional stagings, animates, and complicates, the love between Aida and Radames. This gripping production asked you to put aside past notions about “Aida.” It made a compelling case that the conflict between these peoples was driven by national, sectarian and religious differences, not race. Ms. Zambello saw in “Aida” a story with painful relevance to the continuing hostilities in the Middle East, where sometimes it seems there is as much animosity among sects of Muslims as there is hatred of the West.
So Ms. Zambello’s intention, I think, was for the audience to note the various races of the cast members, but not to assume that race explained any character’s beliefs or actions. There were soldiers of all colors within the ranks of the Ethiopians and the Egyptians. This was a liberating way to re-experience “Aida.”
Finally, for fun, though with slyly serious intent as well, Glimmerglass presented a lively yet quite traditional production of “The Music Man,” directed and choreographed by Marcia Milgrom Dodge, but with a twist: River City, Iowa, in the early 20th century, where the story takes place, was presented as a racially mixed community. The mayor of the town and his wife were an interracial couple, and so on. Since the River City residents were presented as oblivious to one another’s race, it would seem that the audience was invited to ignore the matter entirely. 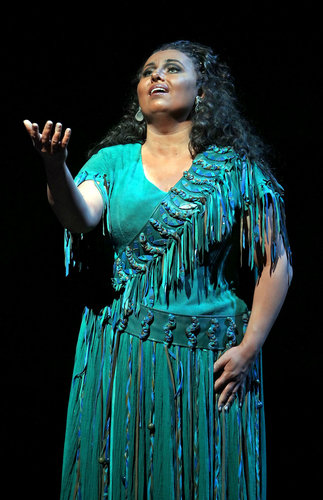 And yet the concept lent an intriguing subtext to “The Music Man.” Much of the work’s humor, which, frankly, I find squirm inducing, comes from inviting the audience to laugh at the gossiping, stubborn, small-minded ways of River City. Yet in this production the town, where whites and blacks mixed so freely, actually came across as open-minded and ahead of its time.
Opera has long demanded enormous suspension of disbelief from fans. Even in his youth Luciano Pavarotti never looked the part of a starving Bohemian poet. Yet once he started singing, he was the essence of Puccini’s Rodolfo. In his prime Plácido Domingo, with dark makeup, looked fearsomely convincing as Verdi’s “Otello,” a signature role. But in 2007, when Mr. Domingo appeared as Orestes, in Gluck’s “Iphigénie en Tauride” at the Met, he sang strongly but fully looked his age: 66 at the time. This did not much matter to the cheering audience.
The conductor and director Sarah Caldwell, who was a pioneer of colorblind casting when she ran the Opera Company of Boston, had the courage in 1981 to present “Otello” with the great tenor James McCracken, who was white, in the title role and the thrilling soprano Shirley Verrett, a beautiful black woman, as Desdemona. McCracken’s skin was darkened somewhat with makeup; Verrett’s was lightened, but not much. Their skin pigments were not the issue. Their singing was. And did they ever sing the roles. 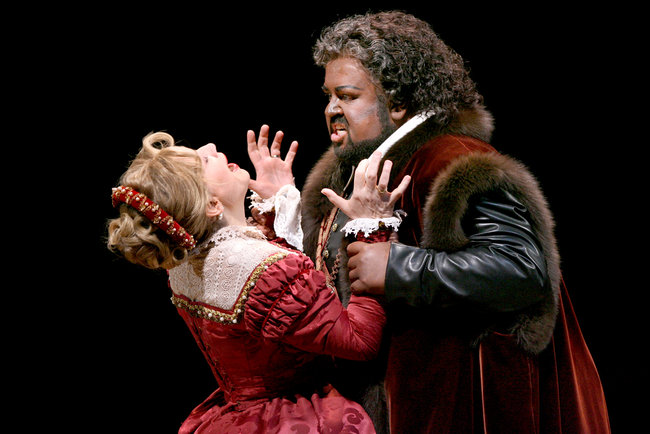 The next year Caldwell presented a production of Puccini’s “Bohème” with Sarah Reese, a black American soprano with a melting voice, as Mimi, and Noel Velasco, an ardent Filipino tenor, as Rodolfo. For me — and surely Caldwell intended this — the racial identities of these two artists lent touching richness and humanity to the opera. Theirs was exactly the kind of impulsive love affair that would have occurred on the left bank of Paris in the world of “La Bohème.”
Mr. Owens’s triumphs last summer at Glimmerglass came as his international career was thriving. When he sang Alberich, the Nibelungen dwarf, during the Met’s production of Wagner’s “Rheingold” in 2010, it was immediately clear that this was an Alberich for the ages. His singing was both chilling and vulnerable. He was every bit the match for the wily Wotan of Bryn Terfel, yet he poignantly conveyed the frustration that the mistreated and mocked Alberich had to endure. 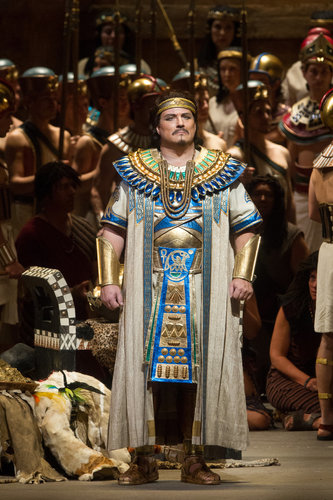 That Mr. Owens is black was irrelevant, and this seemed to be the message the production intended to convey. Even so, his race lent an intangible depth and complexity to the portrayal. This Alberich truly seemed an outsider, someone who has been wounded by prejudice and is hungry for revenge.
It was only in 1955 that Marian Anderson broke the color barrier at the Met. She would be amazed to see the opportunities black artists have today. And, by the way, in the Met’s current run of “Aida” (which ends on Friday) the title role has been taken over by Hui He, a Chinese soprano.

Ten African artists to look out for

What makes a 'real African'?