By JON HURDLE
Published: January 28, 2013
PHILADELPHIA — The United States Department of Education is investigating complaints that plans to close or reorganize public schools in Philadelphia, Detroit and Newark discriminate against black and Hispanic students, as well as those with disabilities, a department official confirmed on Monday.

Community activists from those cities and 15 others are scheduled to meet Tuesday with Education Secretary Arne Duncan to urge a moratorium on school-closing plans until agreements can be reached on alternatives.

Jitu Brown, a community organizer from the South Side of Chicago, said the community representatives would seek immediate action on the civil rights complaints, and would urge officials to halt school closings, stop plans to turn public schools over to private contractors, end “phaseouts” in which schools cease to accept new students so that numbers dwindle, and stop the practice of combining public schools with charter schools. “Racism is real in the U.S.,” Mr. Brown said. “There are different rules for the students in our community.” 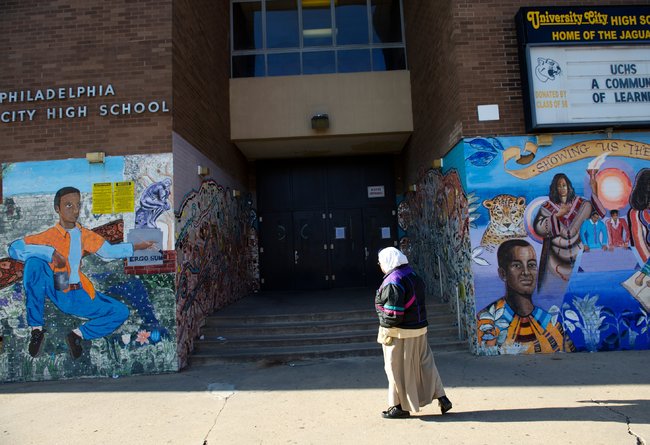 Daren Briscoe, an Education Department spokesman, said it has no power to put a moratorium on locally mandated school closings. The department’s civil rights office has never substantiated a complaint based on such a program, he said.

If a school district is found to have violated civil rights through a closing program, it can be taken to court or denied federal funds, but it is more likely that the parties involved will reach a settlement, Mr. Briscoe said.

Community groups in New York, Chicago and Washington have also filed civil rights complaints, although those have not been investigated.

Here in Philadelphia, the district last month published a plan to close 37 schools, about one-sixth of the total, in an effort to close a $1.1 billion budget deficit over five years, and reduce the number of underutilized and underperforming schools. The plan will be voted on in March by the School Reform Commission, a state-run body that oversees Philadelphia schools.

Action United, a group that opposes the closings, presented data Monday showing that 80 percent of the students affected by the planned closings are black; the district’s enrollment is 55 percent black and 19 percent Hispanic. The group released a Dec. 18 letter it had received from the Education Department saying that the closing plan is subject to an investigation under the 1964 Civil Rights Act and two other laws that are enforced by the department’s Office for Civil Rights.

“The district has not demonstrated why closing schools in predominately African-American neighborhoods with higher numbers of students with disabilities serves any educational necessity that could not be accomplished through less discriminatory alternatives,” the group said in a statement.

Fernando Gallard, a spokesman for the Philadelphia school district, said the black students who make up the majority in low-performing schools would benefit from the reorganization.

“The district understands that a higher proportion of students in under-enrolled, low-performing schools are African-Americans, and these are the schools that are most affected by the recommended facility closures,” Mr. Gallard said in a statement.