By SUSAN OKIE    Published: January 26, 2009
BALTIMORE — One sister is 14; the other is 9. They are a vibrant pair: the older girl is high-spirited but responsible, a solid student and a devoted helper at home; her sister loves to read and watch cooking shows, and she recently scored well above average on citywide standardized tests.
There would be nothing remarkable about these two happy, normal girls if it were not for their mother’s history. Yvette H., now 38, admits that she used cocaine (along with heroin and alcohol) while she was pregnant with each girl. “A drug addict,” she now says ruefully, “isn’t really concerned about the baby she’s carrying.”
When the use of crack cocaine became a nationwide epidemic in the 1980s and ’90s, there were widespread fears that prenatal exposure to the drug would produce a generation of severely damaged children. Newspapers carried headlines like “Cocaine: A Vicious Assault on a Child,” “Crack’s Toll Among Babies: A Joyless View” and “Studies: Future Bleak for Crack Babies.”
But now researchers are systematically following children who were exposed to cocaine before birth, and their findings suggest that the encouraging stories of Ms. H.’s daughters are anything but unusual. So far, these scientists say, the long-term effects of such exposure on children’s brain development and behavior appear relatively small. 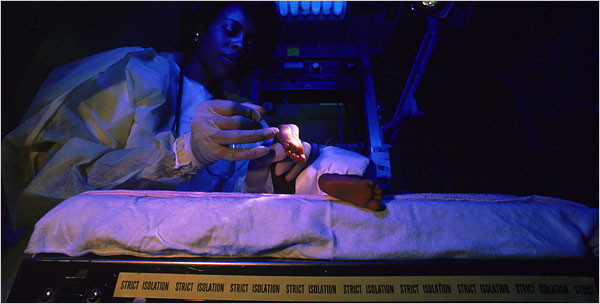 Jose Azel/Aurora—–In a 1988 photo, testing a baby addicted to cocaine.

“Are there differences? Yes,” said Barry M. Lester, a professor of psychiatry at Brown University who directs the Maternal Lifestyle Study, a large federally financed study of children exposed to cocaine in the womb. “Are they reliable and persistent? Yes. Are they big? No.”
Cocaine is undoubtedly bad for the fetus. But experts say its effects are less severe than those of alcohol and are comparable to those of tobacco — two legal substances that are used much more often by pregnant women, despite health warnings.
Surveys by the Department of Health and Human Services in 2006 and 2007 found that 5.2 percent of pregnant women reported using any illicit drug, compared with 11.6 percent for alcohol and 16.4 percent for tobacco.
“The argument is not that it’s O.K. to use cocaine in pregnancy, any more than it’s O.K. to smoke cigarettes in pregnancy,” said Dr. Deborah A. Frank, a pediatrician at Boston University. “Neither drug is good for anybody.”
But cocaine use in pregnancy has been treated as a moral issue rather than a health problem, Dr. Frank said. Pregnant women who use illegal drugs commonly lose custody of their children, and during the 1990s many were prosecuted and jailed. 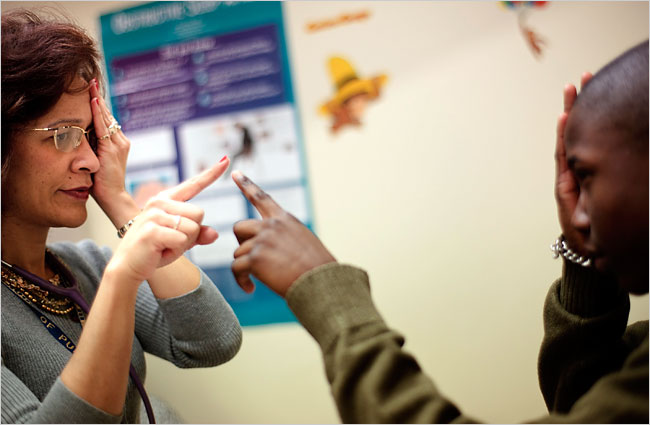 Cocaine slows fetal growth, and exposed infants tend to be born smaller than unexposed ones, with smaller heads. But as these children grow, brain and body size catch up.
At a scientific conference in November, Dr. Lester presented an analysis of a pool of studies of 14 groups of cocaine-exposed children — 4,419 in all, ranging in age from 4 to 13. The analysis failed to show a statistically significant effect on I.Q. or language development. In the largest of the studies, I.Q. scores of exposed children averaged about 4 points lower at age 7 than those of unexposed children.
In tests that measure specific brain functions, there is evidence that cocaine-exposed children are more likely than others to have difficulty with tasks that require visual attention and “executive function” — the brain’s ability to set priorities and pay selective attention, enabling the child to focus on the task at hand.
Cocaine exposure may also increase the frequency of defiant behavior and poor conduct, according to Dr. Lester’s analysis. There is also some evidence that boys may be more vulnerable than girls to behavior problems.
But experts say these findings are quite subtle and hard to generalize. “Just because it is statistically significant doesn’t mean that it is a huge public health impact,” said Dr. Harolyn M. Belcher, a neurodevelopmental pediatrician who is director of research at the Kennedy Krieger Institute’s Family Center in Baltimore.
And Michael Lewis, a professor of pediatrics and psychiatry at the Robert Wood Johnson Medical School in New Brunswick, N.J., said that in a doctor’s office or a classroom, “you cannot tell” which children were exposed to cocaine before birth.

Brendan Smialowski for The New York Times—-Cornell Wright and his mother. His story is at nytimes.com/health.

He added that factors like poor parenting, poverty and stresses like exposure to violence were far more likely to damage a child’s intellectual and emotional development — and by the same token, growing up in a stable household, with parents who do not abuse alcohol or drugs, can do much to ease any harmful effects of prenatal drug exposure.
Possession of crack cocaine, the form of the drug that was widely sold in inner-city, predominantly black neighborhoods, has long been punished with tougher sentences than possession of powdered cocaine, although both forms are identically metabolized by the body and have the same pharmacological effects.
Dr. Frank, the pediatrician in Boston, says cocaine-exposed children are often teased or stigmatized if others are aware of their exposure. If they develop physical symptoms or behavioral problems, doctors or teachers are sometimes too quick to blame the drug exposure and miss the real cause, like illness or abuse.
“Society’s expectations of the children,” she said, “and reaction to the mothers are completely guided not by the toxicity, but by the social meaning” of the drug.
Research on the health effects of illegal drugs, especially on unborn children, is politically loaded. Researchers studying children exposed to cocaine say they struggle to interpret their findings for the public without exaggerating their significance — or minimizing it, either.
Dr. Lester, the leader of the Maternal Lifestyle Study, noted that the evidence for behavioral problems strengthened as the children in his study and others approached adolescence. Researchers in the study are collecting data on 14-year-olds, he said, adding: “Absolutely, we need to continue to follow these kids. For the M.L.S., the main thing we’re interested in is whether or not prenatal cocaine exposure predisposes you to early-onset drug use in adolescence” or other mental health problems.
Researchers have long theorized that prenatal exposure to a drug may make it more likely that the child will go on to use it. But so far, such a link has been scientifically reported only in the case of tobacco exposure.
Teasing out the effects of cocaine exposure is complicated by the fact that like Yvette H., almost all of the women in the studies who used cocaine while pregnant were also using other substances.
Moreover, most of the children in the studies are poor, and many have other risk factors known to affect cognitive development and behavior — inadequate health care, substandard schools, unstable family situations and exposure to high levels of lead. Dr. Lester said his group’s study was large enough to take such factors into account.
Ms. H., who agreed to be interviewed only on the condition that her last name and her children’s first names not be used, said she entered a drug and alcohol treatment program about six years ago, after losing custody of her children.
Another daughter, born after Ms. H. recovered from drug and alcohol abuse, is thriving now at 3. Her oldest, a 17-year-old boy, is the only one with developmental problems: he is autistic. But Ms. H. said she did not use cocaine, alcohol or other substances while pregnant with him.
After 15 months without using drugs or alcohol, Ms. H. regained custody and moved into Dayspring House, a residential program in Baltimore for women recovering fromdrug abuse, and their children.
There she received psychological counseling, parenting classes, job training and coaching on how to manage her finances. Her youngest attended Head Start, the older children went to local schools and were assigned household chores, and the family learned how to talk about their problems.
Now Ms. H. works at a local grocery, has paid off her debts, has her own house and is actively involved in her children’s schooling and health care. She said regaining her children’s trust took a long time. “It’s something you have to constantly keep working on,” she said.
Dr. Belcher, who is president of Dayspring’s board of directors, said such programs offered evidence-based interventions for the children of drug abusers that can help minimize the chances of harm from past exposure to cocaine or other drugs.
“I think we can say this is an at-risk group,” Dr. Belcher said. “But they have great potential to do well if we can mobilize resources around the family.”

Africa: Where black is not really beautiful (skin bleaching)