By DAILY MAIL REPORTER
PUBLISHED: 10:54 EST, 19 January 2013 | UPDATED: 10:54 EST, 19 January 2013
Former Washington D.C. mayor Marion Barry is no stranger to controversy so it’s somehow unsurprising that he now claims the FBI attempted to murder him when he was arrested for crack cocaine possession in 1990.
Barry was videotaped smoking crack cocaine in a hotel room with ex-girlfriend Rasheeda Moore during his third term.

It was later revealed that Moore was given the drug from undercover officers and was cooperating with an FBI investigation.

‘The FBI had a mind to entrap me, also the FBI tried to kill me by having some substance that wasn’t proven to be crack,’ Barry, 76, told U.S. News. ‘When we went to the lab they couldn’t say what it was.’ 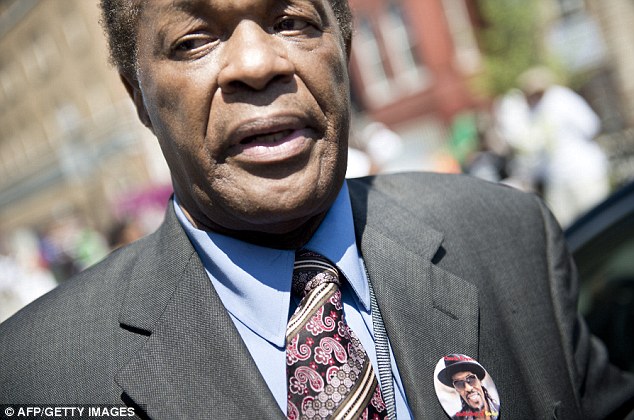 Conspiracy theory: Former DC Mayor and current DC City Councilman Marion Barry believes the FBI was trying to kill him during a sting operation that busted him smoking crack cocaine in 1990

‘They had an EMT on the spot, which is not only unusual but rare in history of the FBI,’ he offered as evidence. ‘Why would they have an EMT on the scene if they weren’t trying?’
Bill Baker, the man who oversaw the sting that brought Barry down, dismissed the former mayor’s allegations as ‘absurd and disappointing.’
Baker, then assistant FBI director in charge of the Criminal Investigative Division, personally approved the use of EMTs for the operation.


‘I had been briefed on and approved the scenario including the use of EMTs,’ Baker said. ‘The purpose of the medical standby was to provide potential medical attention to Marion Barry should his criminal activities require it. We had to let him inhale because that was one of the charges.’

While it was ‘not standard procedure’ for FBI sting operations to include EMTs, Barry’s case was considered to be a special investigation because of his stature and the timing. 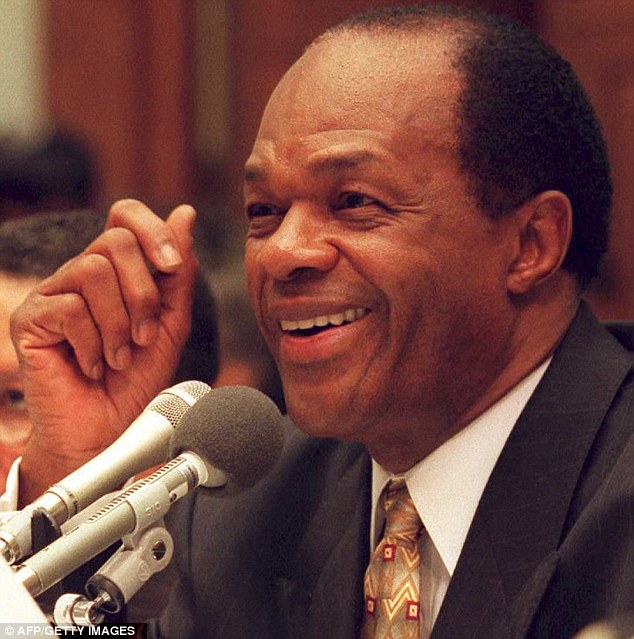 Making his case: Barry believes that not only was the drug given to him not crack cocaine, but that the EMT on scene was a sign the FBI wanted him dead

‘We were really looking after his health,’ Baker said. ‘The arrest was on or near the celebration of Martin Luther King’s birthday and we didn’t want to have anything go wrong from a procedural standpoint.’
‘It was one of the most scrubbed and scrutinized arrests because of the target,’ he added.

Baker said he did not know the origin of the crack cocaine passed on to Barry in the sting but said that any allegation of attempted murder was ‘an absurd conclusion on Mr. Barry’s part’ and ‘absolutely ridiculous.’
Barry has accused the FBI of trying to murder him as far back as his initial arrest. Originally, he claimed their plan was to kill him with incredibly powerful cocaine.
‘They had me ingest cocaine, crack cocaine, which could have killed me. … I could have been dead now with 70, 80, 90 percent pure cocaine,’ he said shortly after his arrest in 1990.
An FBI chemist who testified at the trial said the samples collected at the scene were 93 per cent pure crack cocaine. 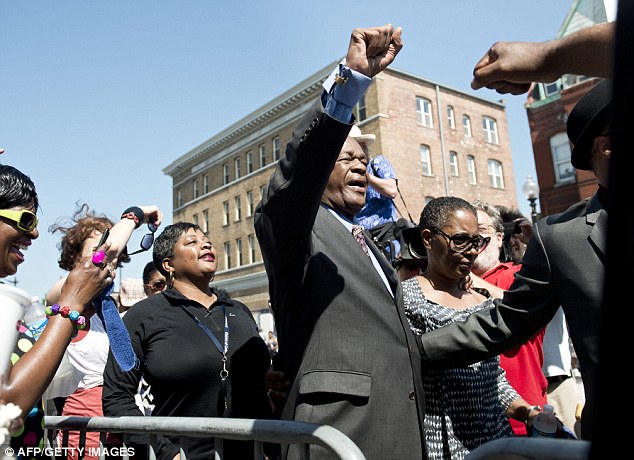 Controversial: Authorities involved in the sting have called Barry’s allegations ‘absurd’ and ‘depressing’

Barry was found guilty of just one count of cocaine possession that occurred before the sting. The jury deadlocked on 12 of the 14 charges.
One juror later told the Washington Post that crack rocks seized as evidence did not look like the drug to her, and that it was one of the reasons they doubted he was guilty.
Barry served six months in prison before being elected another four year term as mayor in 1994. He now sits on the D.C. city council.
‘I think that the FBI spent 10 or 14 years trying to entrap me and incidentally I was never ever convicted of crack cocaine – never ever,’ he said.
Read more: http://www.dailymail.co.uk/news/article-2265036/Former-D-C-Mayor-Marion-Barry-claims-FBI-trying-kill-1990-crack-cocaine-sting.html#ixzz2IX6Ch7Fk

Tourists Flock To Black Churches For Music, But Tensions Rise