By MEGHAN KENEALLY
PUBLISHED: 08:33 EST, 22 March 2013 | UPDATED: 09:07 EST, 22 March 2013
A deadbeat dad who had avoided paying child support payments for his 3-year-old decided to post photos of himself holding wads of cash.
Christopher Robinson now faces felony charges after police discovered photos of the 23-year-old holding large amounts of cash and expensive bottles of liquor.
This is just the latest case where Facebook photos were able to help police in charging a suspect, after the social media site gives the authorities the ability to access his account. 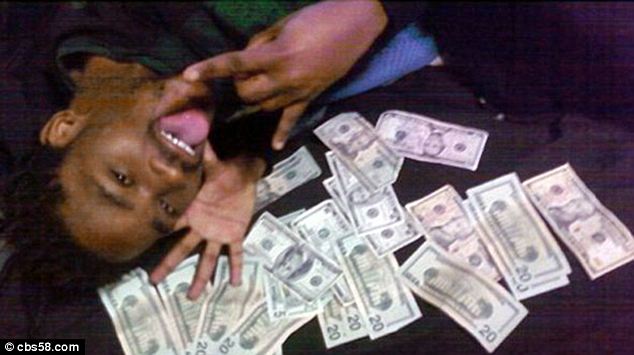 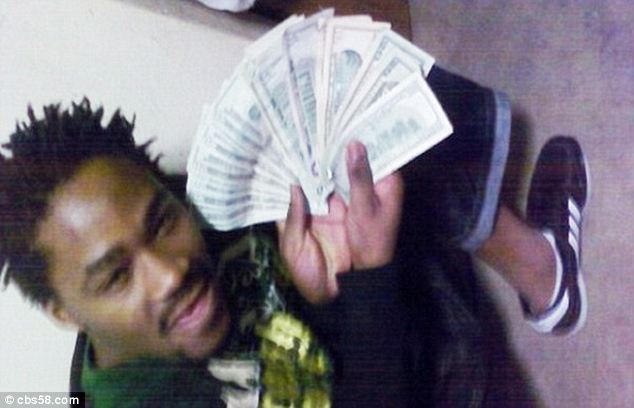 ‘It’s a great investigative tool for us, because it gives us a glimpse into their real lives that our targets may be living,’ Milwaukee County Chief Deputy District Attorney Kent Lovern told the local CBS affiliate.
‘What a photograph enables us to do, if for example a photo demonstrates a somebody has more money than maybe they’re indicating they do, that allows us to apply to the court for a search warrant.’

In Robinson’s case, that meant that the photos showed no reason why he has not been able to meet the $150-per-month child support payments that he was ordered to pay.
This wasn’t a one-time missed payment either as he has not paid a single month since the child was born two years ago. 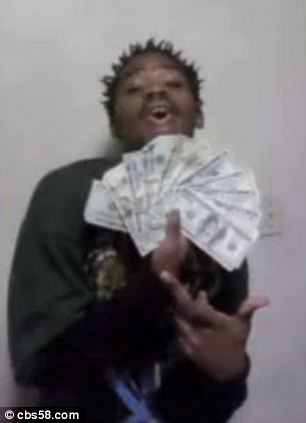 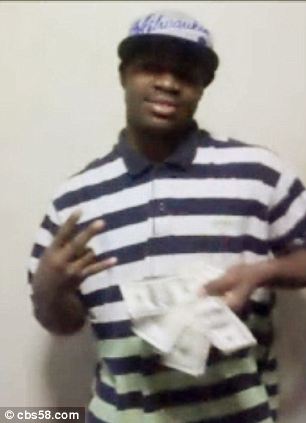 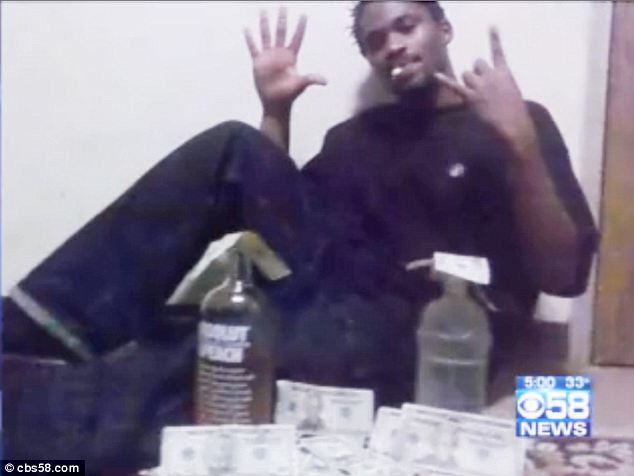 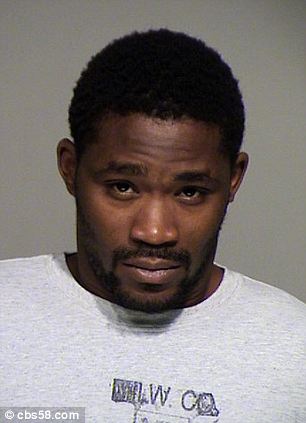 Different kind of pose: Robinson has been charged with several felonies

‘What we do in these types of cases is we try to find out from other family members whether there is other information we may not be able to know about,’ Mr Lovern told ABC.
‘It is an investigative tool.
‘It can be effective in assisting in the investigation and prosecution of certain criminal targets.’
Facebook seemed happy to help, though it needs to strike a balance between respecting the law and respecting the privacy settings of their users.
‘We work with law enforcement to the extent required by law, and as needed to keep the site and those who use it safe.  Facebook devotes significant resources to evaluating requests for user information, and adheres to the letter of these laws when responding to requests for information,’ the social media giant said in a statement.
Robinson now faces several felonies, as does another Wisconsin father named Bradley Wager who told the court that he was unemployed and couldn’t afford child support.
Investigators were able to disprove that when they found he listed his place of work on his Facebook profile along with pictures of him posing with a new motorcycle.