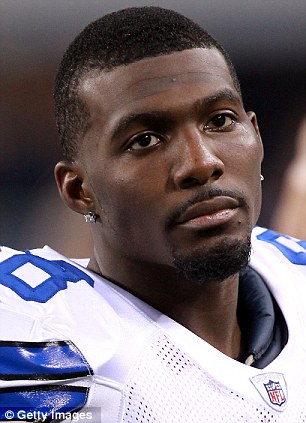 Dallas Cowboys player Dez Bryant, 23, turned himself into Texas police on Monday after they issued a warrant for his arrest.

Police said that wide receiver got into a physical argument with a female family member on Saturday at his mother’s DeSoto home.

He was charged with a Class A misdemeanor, which carries a punishment of up to a year in jail and a $4,000 fine.

City officials declined to elaborate more on the incident, but a source told ESPN that the football player got into a fight with his half-brother.

During the scuffle, he wound up pushing his mother Angela, the source said.

Police were called to the scene after a report of family violence on the 800 block of East Pleasant Run in DeSoto, Fox reported.

The victim did not need to be hospitalized from her injuries, but after further investigation, police issued a warrant for his arrest. When he turned himself in on Monday, he was released after posting $1,500 bail.

WFAA reached the player for comment and he said only ‘I’m good, I’m good.’ His attorney, State Senator Royce West, said that he is still investigating the charges. 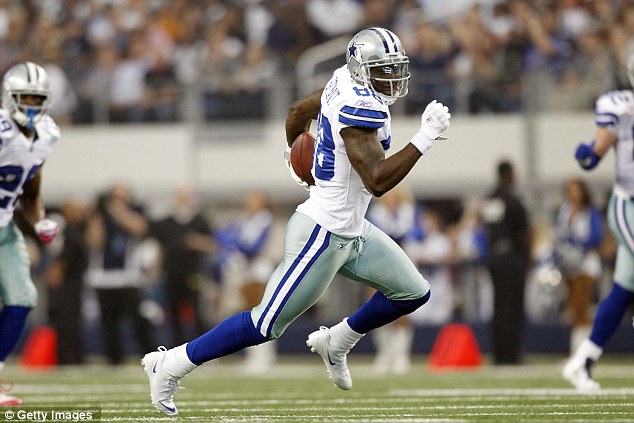 Fight? Police said that wide receiver got into a physical argument with a female family member on Saturday at his mother’s DeSoto home

‘He feels bad about having to find out that a warrant was out and having to turn himself in, but I know that we’re going to be cooperating with law enforcement to bring this thing to closure,’ Senator West told WFAA.

‘He’s kind of down right now. The reality is, we haven’t heard a lot about Dez Bryant at all since the season.’

The Dallas Cowboys have declined to comment on the issue, saying they don’t have enough information to make a statement. The arrest could subject Mr Byrant to penalties instituted by the NFL’s personal conduct policy, ESPN reports.

The Oklahoma State alumni had 11 touchdowns in the 2011 season. 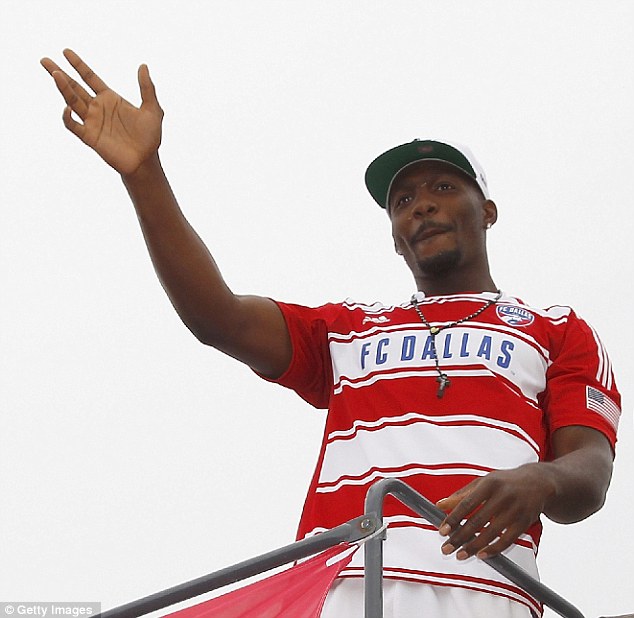 Accused: He was charged with a Class A misdemeanor, which carries a punishment of up to a year in jail and a $4,000 fine

His Cowboys career has been mired with controversy as it marks the second time in six months he’s had run-ins with police.

In January, he was detained and questioned by Miami police after a fight at a South Beach night club with Lil Wayne, according to USA Today. He was not arrested or charged in the incident.

In March of 2011, he was kicked out of and banned from a Dallas shopping mall for baggy pants and inappropriate language.

He has also been slapped with lawsuits over unpaid merchandize and loans.

Court rules that 32-year-old man's sex with 17-year-old was legal, but pictures of it were not

Wife gives child up for adoption without telling husband

Parents 'beat son, then poured salt, vinegar and alcohol in his wounds