These black-and-white photographs show the residents of a long-isolated island off the east coast of the United States.

Inhabited by the descendants of slaves, Daufuskie Island is just three miles from the U.S. mainland, but the island has no bridge and had no electricity until the 1950s.

The pictures were taken by Jeanne Moutoussamy-Ashe, the wife of the late tennis player Arthur Ashe, during visits to the island between 1977 and 1981. 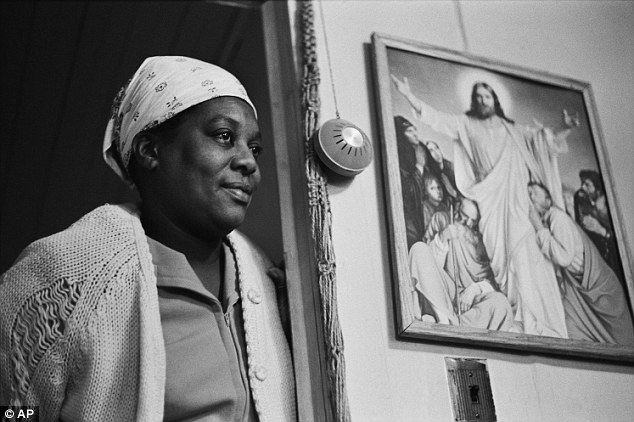 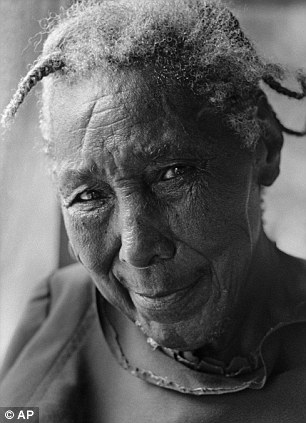 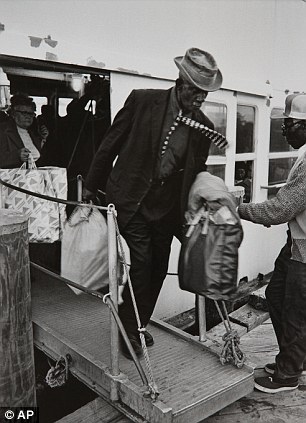 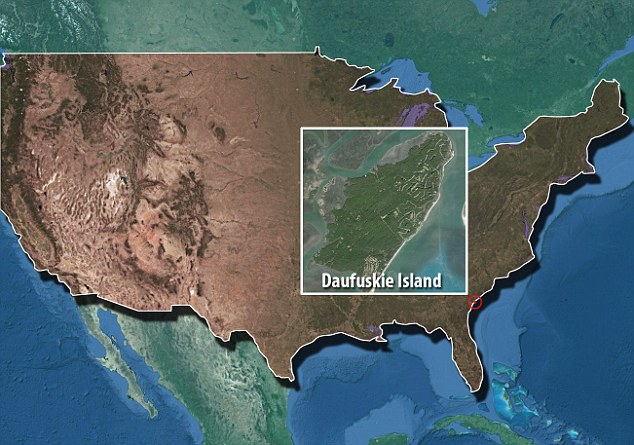 The isolated island, which does not have a bridge to the mainland, had no electricity until 1953 and telephones came to the island in 1972

The ‘time capsule’ of 61 photographs has now been donated to the Smithsonian Institution, where they will sit in the African-American history museum.

At the time the photographs were taken, 84 Gullah/Geechee people lived in isolation on Daufuskie Island near Savannah, Georgia, and Hilton Head, South Carolina.

The island had a co-op store, a two-room schoolhouse and a church, and inhabitants supported themselves by catching oysters and growing cotton.

Ms Moutoussamy-Ashe said she observed a pure and simple life.

At first, she didn’t pick up her camera because she wanted to get to know the people, and she developed a strong connection with them at a time before new development began to creep in.

‘My intent at 25 was to photograph what I saw as a dying culture, but at 62 now, I really see it was probably quite presumptuous of me to think that people wanted that,’ she said.

It was an honour, she said, to give these direct descendants of slaves a place in an African-American museum. 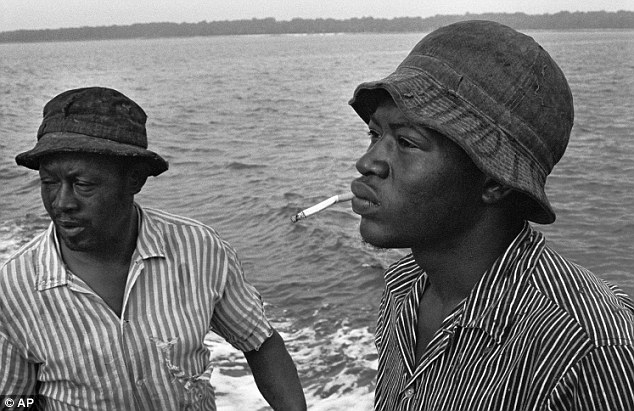 ‘A shrimper and his son’ is one of the photographs included in the collection, taken between 1977 and 1981 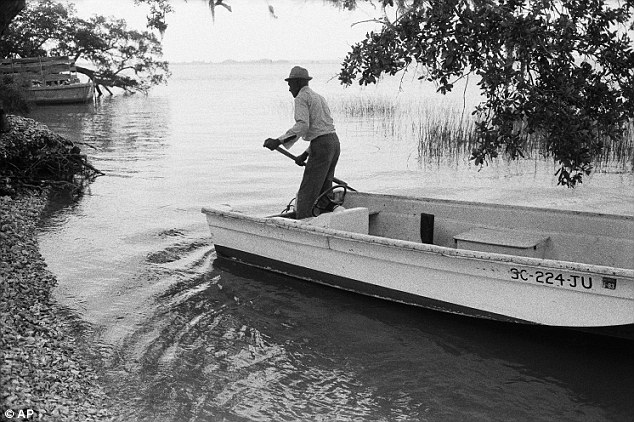 The island, inhabited by the descendants of slaves, has no bridge to the mainland and did not have electricity until the 1950s. There were 84 people living on the island when Ms Moutoussamy-Ashe visited 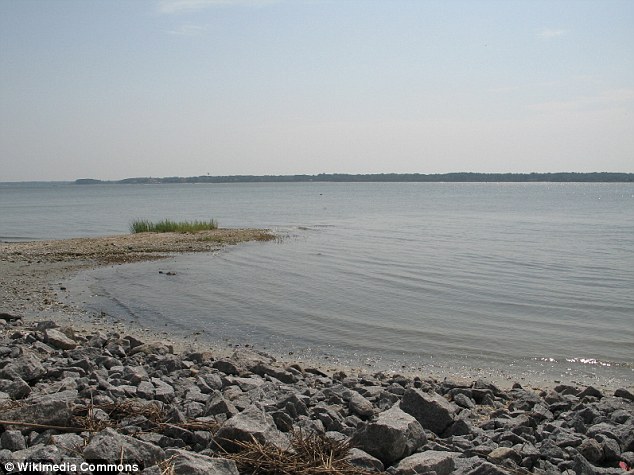 THE ISOLATED ISLAND WHICH HAD NO ELECTRICITY UNTIL THE 1950s

Prior to the arrival of European explorers in the 16th century, native Indians lived on Daufuskie Island.

The island was occupied by Union soldiers during the civil war and freed slaves (Gullah people) then inhabited the island.

The isolated island, which does not have a bridge to the mainland, had no electricity until 1953 and telephones came to the island in 1972.

According to the island’s museum, the population shrank to below 100.

In the 1980s, land facing the Atlantic was purchased and development began on the island.

‘To give this just incredible, warm, giving, nurturing community of people recognition that they were able to thrive as long as they did, that to me is a testament to them and to our culture,’ she said.

Museum director Lonnie Bunch said the donation, from the Bank of America, builds on a growing collection of photographs in the museum’s collection, which also includes early images of Frederick Douglass and the work of South African photographer Gordon Clark.

‘Daufuskie Island is one of those places that was almost a time capsule,’ Mr Bunch said.

‘It was very important to capture that. That’s what these photographs do.’

Merrill Lynch, now part of Bank of America, purchased the Daufuskie Island collection in 2007, and the images have been exhibited at museums in New York, Atlanta, Houston, Charleston, South Carolina, and Los Angeles.

‘This is a very special culture, one that has kind of stayed intact, captured by Jeanne as it was in the ’70s,’ said Rena DeSisto, the bank’s head of global arts and culture.

‘But what she’s captured is what it also looked like in the 1870s.’ 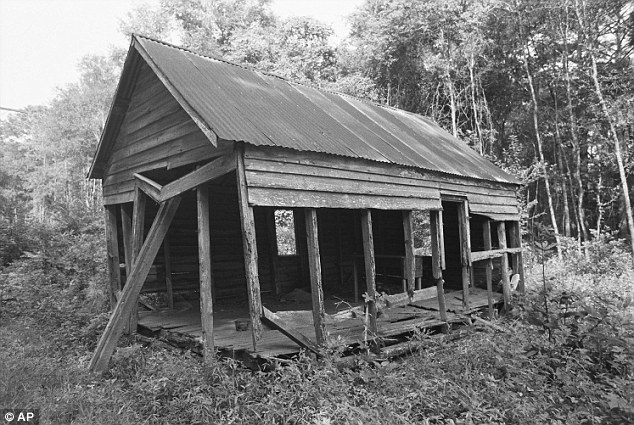 The island had a co-op store, a two-room schoolhouse and a church, and inhabitants supported themselves by catching oysters and growing cotton when these black-and-white photographs were taken 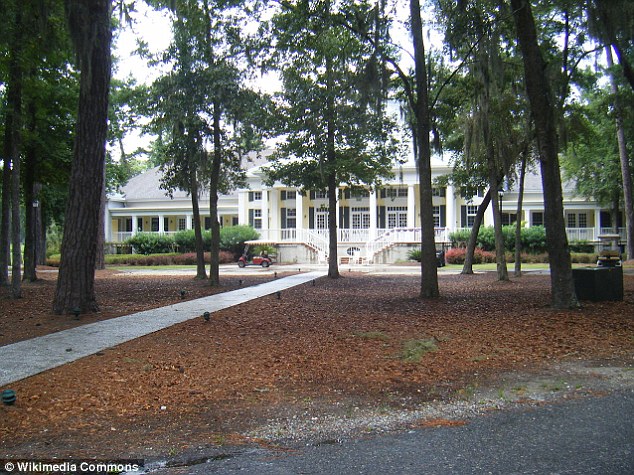 The bank has an art collection of about 10,000 works and lends items free of charge to museums for about ten to 12 shows a year.

The bank has been supporting the Smithsonian’s black history museum since its earliest stages of development, Ms DeSisto said.

After years of planning, about 30 per cent of the museum building is now completed on the National Mall. Exhibits have been designed, and curators are narrowing down what will be put on display first.

The museum is also working to create about 130 media pieces, including video installations.

So far, $410 million has been raised for the $500 million project, with Congress contributing half the funds. Oprah Winfrey is the project’s largest individual donor, contributing $13 million.

The Smithsonian’s goal is to open the museum in November 2015. But trouble with water in an underground structure took additional time and could push the completion date into early 2016, Smithsonian officials have said. 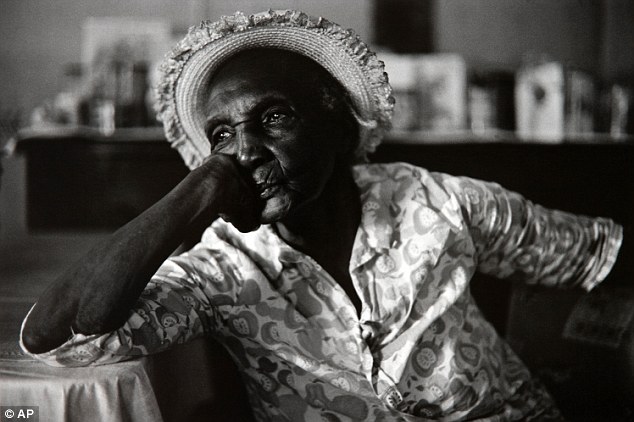 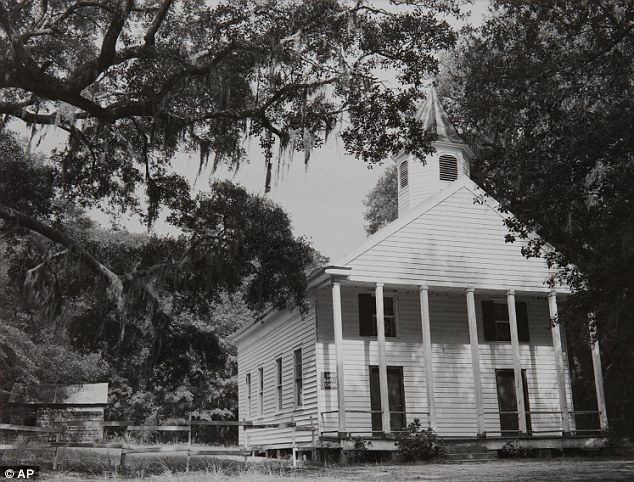 Who Will Mourn George Whitmore? man who's murder case led to the establishment of Miranda rights