A deadly shooting over a game of dice went horribly wrong has re-opened an old feud between two families in Garyville, Louisiana.
On Sunday evening, 29-year-old Michael Lee – one of ten brother and sisters – was found shot five times just blocks from his family home. He died hours later from his wounds. The sole suspect in the case is Tevin Bolden, 18.

The two men knew each other well and had grown up as close friends despite bad blood between their families dating back more than 30 years to another tragic death. 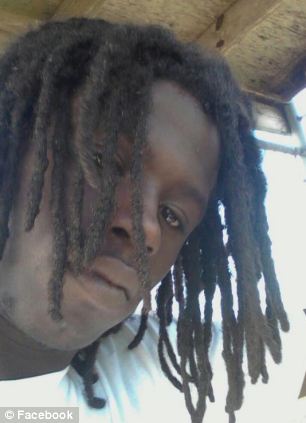 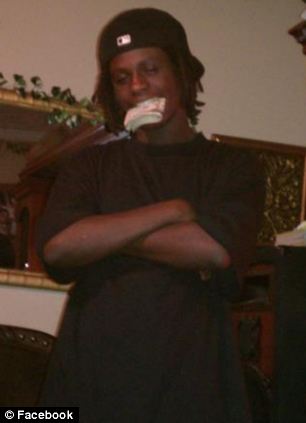 Tevin Bolden, 18, is wanted by police on charges of second-degree murder following the death of Michael Lee, not pictured

In April of 1980, Lee’s grieving mother Casana Pimbrook was 32 years old and six months pregnant with daughter Natoya when she got the terrible news that husband Reginald Holmes had been murdered in a barroom brawl.
Two men were indicted in his murder and served time in prison. Their names were Roosevelt Batiste and his stepson Leroy Bolden, they are the grandfather and uncle of Tevin Bolden, the man wanted in connection with Michael Lee’s murder.
‘My daughter never saw her daddy because of the Boldens,’ Pimbrook told The Times-Picayne.

‘I don’t care how long it takes, or how many years in jail he gets. I want him to pay for what he did to my child. Now, I want justice,’ she said.
Pimbrook found her son lying in the street in a pool of his own blood after suffering five gunshot wounds – two in his chest and three in his back.

Lee was taken by ambulance to hospital, but died within a couple of hours of his injuries. His senseless death the result of a gambling session between childhood friends that took a tragic turn for the worse. 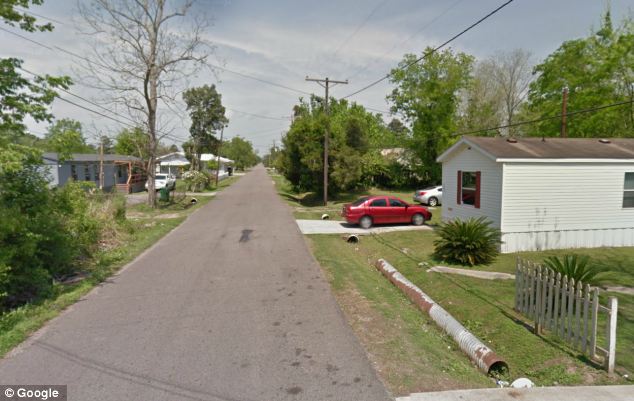 Crime scene: Deputies responded to a reported shooting on the 200 block of Little Hope Street, Garyville around 8p.m. Sunday

The terrible incident has reignited an old family feud which the current generation had previously thought they had laid to rest.
Not only had Lee and Bolden always gotten on before Sunday, but Lee’s longtime girlfriend and the mother of his two-year-old daughter is Bolden’s older sister, Shangolisha Davis.
She maintains that her brother is innocent. ‘Michael and my brother didn’t have words; their relationship was really good. It was just a dice game, and it wasn’t my brother who shot Michael,’ she told The Times.
Bolden is wanted by police on charges of second-degree murder, attempted second-degree murder, aggravated criminal damage to property and illegal use of a weapon.
‘Whoever the Boldens come in contact with, if anybody crosses them, they’re ready to take them out,’ said Lee’s grieving sister Tracy Russell.
Anyone with information regarding Bolden’s whereabouts is encouraged to call St. John the Baptist Parish Sheriff’s Office detectives at 985.652.6338, or Crimestoppers at 504.822.1111. 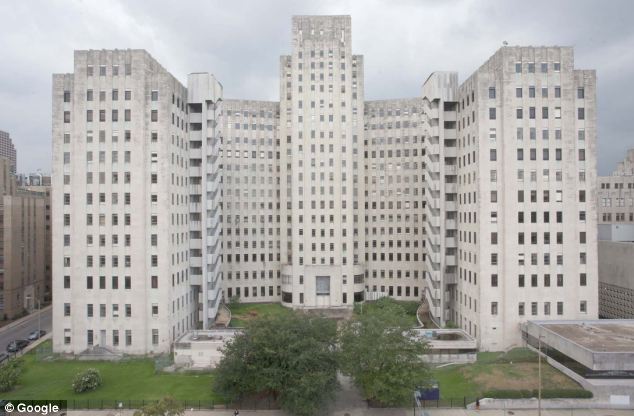