Police found William Richardson, 63, locked in the basement of a South Philadelphia home, malnourished and beaten in a room with only a bed, a chair and a makeshift commode.

His captor allegedly repeatedly threatened the deaf and mute Mr Richardson, forcing him to sign for his Social Security checks and then stealing the money for himself for four months.

Dwayne Young, 56, has been charged with kidnapping, aggravated assault, robbery, forgery and held on $1million bail. 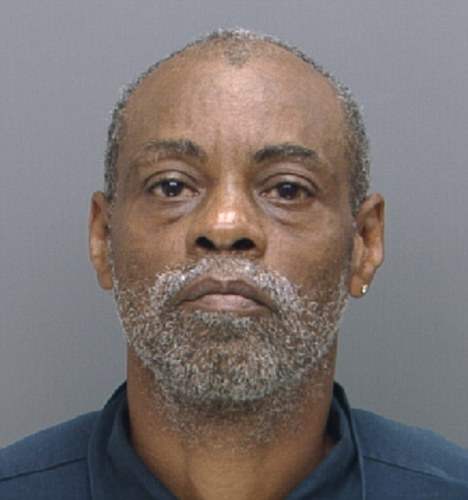 Mr Richardson demonstrated through gestures Wednesday night to thePhiladelphia Inquirer that he was abused, punched in the chest and jaw inside his own Wheeler Street home.

Young allegedly kidnapped Mr Richardson at his place of work on Washington Avenue, where he was a handyman at a plumbing company.

He went missing in April of this year and was discovered Sunday night.

‘He didn’t appear to have any physical injuries, but told detectives that he was very hungry.’ Captain Laurence Nodiff of South Detectives told the Inquirer.

Young ‘threatened him to sign whatever documents were necessary, including committing fraud and taking his money,’ the Captain said.

It was unclear how much money was stolen, but Mr Richardson regularly receives between $500 and $600 a month in Social Security payments. 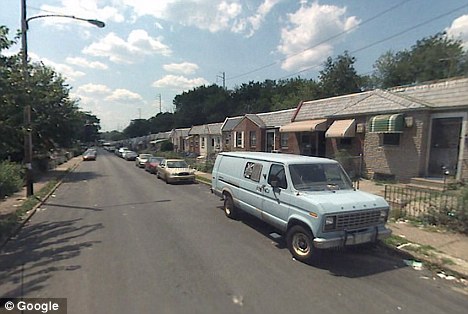 Found: Police found William Richardson, 63, locked in the basement of a Wheeler Street, pictured, home, malnourished and beaten in a room with only a bed, a chair and a makeshift commode

‘He’s an evil person,’ he said, adding that William will stay with him in North Philadelphia.

Police said that Young had been married to William Richardson’s sister, but Robert Richardson said she was not related.

Young committed a similar scheme with the woman, who was his common-law wife, until her death in March of natural causes. She was disabled and also received compensation from the state.

Young has an extensive criminal record and there was a bench warrant for his arrest for a probation violation at the time of the discovery.

He has been arrested for various offenses since 1986, including charges of endangering the welfare of a child, sexual assault, drug possession and burglary.