The full report on the amnesty hearings of Dirk Coetzee

By WILLIAM YARDLEY
Published: March 9, 2013
Dirk Coetzee, who led a South African police hit squad that killed antiapartheid activists, and who eventually confessed to his crimes as his country began shifting away from official racial segregation, died on Wednesday at a hospital in Pretoria. He was 67.
The cause was kidney failure, a hospital spokesman told South African news outlets.
Mr. Coetzee was a divisive and complicated figure: a convicted murderer and a whistle-blower whose detailed accounts of a violently corrupt police force shed new light on South Africa’s racist government.
His confession prompted accusations that he was an opportunist, out to protect himself when political winds began to change. But he was also viewed as brutally honest in a culture of cover-ups.
“There wasn’t anything he told us that wasn’t true,” Jacques Pauw, who wrote the first articles about Mr. Coetzee’s role in 1989 for a small South African weekly, said recently. “And for that I will always respect him.” 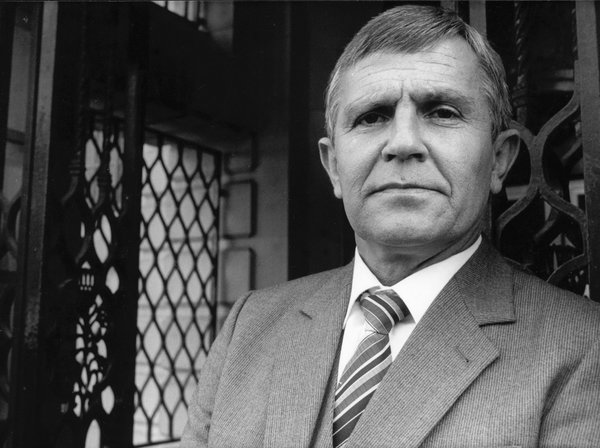 In the late 1970s and early 1980s, Mr. Coetzee was a captain for the South African security police at Vlakplaas, a 100-acre farm on the outskirts of Pretoria, where police officers were trained in counterinsurgency to help defend white control in other African countries. Yet under Mr. Coetzee and other leaders, officers at Vlakplaas also led a war within South Africa.
Mr. Coetzee oversaw multiple killings of antiapartheid activists, including members of the African National Congress, which the government had outlawed. He sometimes recruited black South Africans to join the force and carry out killings.
It was one of those black South Africans, a former police officer named Almond Nofomela, who first revealed the actions of Vlakplaas in 1989 and implicated Mr. Coetzee in a number of killings. Among them was the murder in November 1981 of Griffiths Mxenge, a black lawyer linked to the Congress. He had been stabbed more than 40 times and his throat had been slit.
The allegations prompted Mr. Coetzee to flee the country and, in an interview with Mr. Pauw, the journalist, to confess to having led the death squad.
At the time, President F. W. de Klerk of South Africa was under increasing pressure to end apartheid, and the government was considering releasing the African National Congress’s leader, Nelson Mandela, from prison. In early 1990, Mr. de Klerk, who had initially rejected calls for an investigation into Vlakplaas, created a commission to lead one. It quickly issued an arrest warrant for Mr. Coetzee.
Mr. Coetzee, who by that time was living outside the country under the protection of the very group whose members he had once targeted, said he welcomed the investigation. He said that the killings had been ordered by the government to preserve white rule and that they had continued after he left Vlakplaas in the early ’80s.
“The responsibility for the death squads goes right to the top,” Mr. Coetzee said in an interview with The New York Times in Zimbabwe in 1990. “I have evidence which, when brought together, could bring the Pretoria government to a fall.”
Mr. Coetzee said that he had been involved in 13 killings and that government officials, including Mr. de Klerk, had been directly involved in crimes in Africa and elsewhere, including a 1982 bombing of the Congress’s office in London.
But government prosecutors eventually dismissed the allegations by Mr. Coetzee, Mr. Nofomela and another black officer, calling them “untruthful” and “groundless.”
Years later, after the end of white rule, prosecutors would reverse course, affirming many of Mr. Coetzee’s claims about Vlakplaas and even saying that he had become a target of the unit he had exposed. In 1991, they said, a bomb intended to kill him instead killed a human rights lawyer.
After apartheid ended and South Africa created its Truth and Reconciliation Commission, Mr. Coetzee was among the first to apply for amnesty. In 1996, before the commission ruled on his case, he was arrested by the government over the killing of Mr. Mxenge.
He and two officers were convicted in 1997. One of the prosecutors was the same one who had dismissed his claims against the government years earlier.
There were still more strange turns. Mr. Coetzee did not testify at the trial, and his lawyers suggested that public confessions he had already made could have been fabricated. Mr. Coetzee expressed anger after the verdict.
“It is of course pathetic to me that after eight years, the first time in my life that I reserve the right to remain silent, I’m found guilty,” he said at the time. “While in stark contrast to the past eight years that I struggled to get the truth out, I was never believed.”
The conviction was handed down in May 1997, but Mr. Coetzee and his co-defendants were never sentenced; that August, the Truth and Reconciliation Commission granted them amnesty. The commission determined that Mr. Coetzee had acted on “the advice, command or order of one or more senior members of the Security Branch.”
Mr. Coetzee was born in April 1945. His father was a postal worker. Mr. Coetzee himself worked for the postal service before he took a job as in investigator in 1969. He returned to South Africa in 1993 and was eventually given a job in South Africa’s National Intelligence Agency.
Information on survivors was not immediately available.

'An Essay on the Inequality of the Human Races': Book by Arthur de Gobineau that developed scientific racism theories