‘Do not bring black people to my games’: LA Clippers owner tells unleashes shocking racist rant at girlfriend after she posed for a picture with Magic Johnson 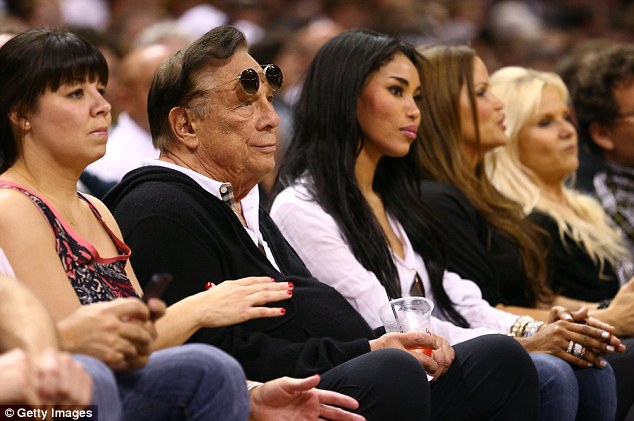 Damning recording: Donald Sterling (center) can be heard telling his girlfriend V. Stiviano (to his right) not to bring black people to Clippers games 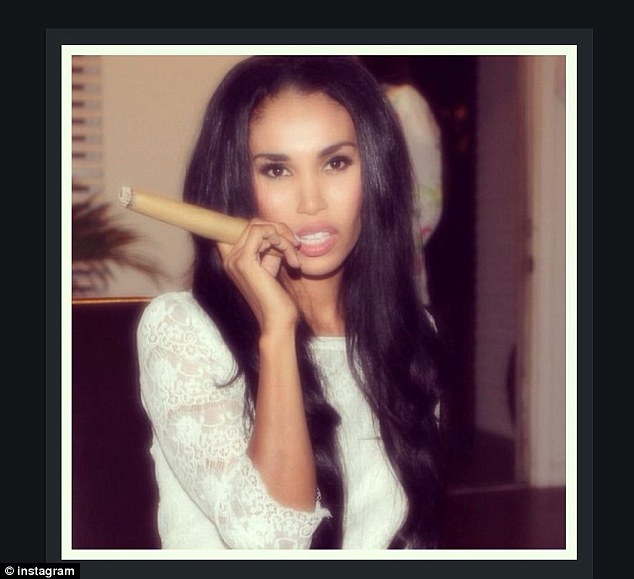 Hypocritical: Sterling told his girlfriend V. Stiviano (pictured), who is Mexican and African-American, that she can sleep with black people but shouldn’t bring them to Clippers games

The spat reportedly started when Stiviano, who is Mexican and African American, posted a photo of herself and Magic Johnson on her Instagram page.

‘It bothers me a lot that you want to broadcast that you’re associating with black people. Do you have to?’ Sterling is heard saying.

‘I’m just saying, in your lousy f******* Instagrams, you don’t have to have yourself with, walking with black people.

‘Don’t put him (Johnson) on an Instagram for the world to have to see so they have to call me.  And don’t bring him to my games.’

The photo with Johnson has reportedly been taken down and Stiviano has locked it so that her Instagram feed is private.

She and Sterling, who is still legally married but has been separated from his wife Shelly for years, appear to have an open relationship. 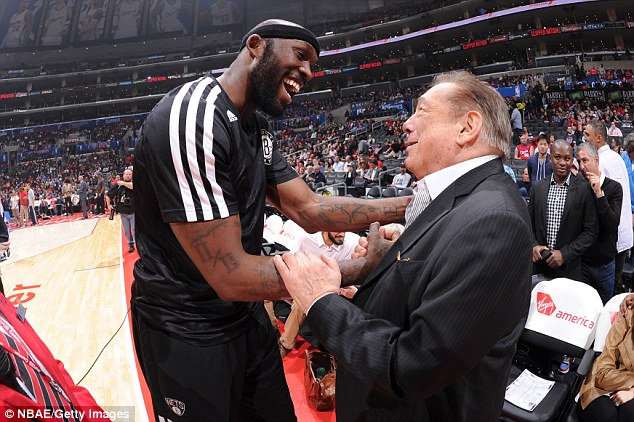 Racist history: Clippers owner Donald Sterling who has twice been sued for refusing to rent apartments to minorities, is seen shaking hands with Reggie Evans of the Brooklyn Nets in 2013

At several points on the tape, the 81-year-old billionaire claims that he is not racist but does not understand why his girlfriend wants to publicize her relationships with people of color.

Magic Johnson, who retired from the Los Angeles Lakers in 1991 and returned for a single season in 1996, spoke out against the comments and said that he will never attend another Clippers game while Sterling is the owner.

‘I feel sorry for my friends Coach Doc Rivers and Chris Paul that they have to work for a man that feels that way about African Americans,’ he wrote on Twitter, citing some current Clippers players. 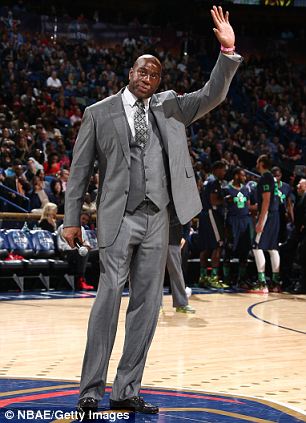 Legend: Magic Johnson used to play in the same stadium that the Clippers use when he was a member of the LA Lakers

‘LA Clippers owner Donald Sterling’s comments about African Americans are a black eye for the NBA.’

He expanded on his thoughts to TMZ, saying that he does not think the players should boycott but the fans should.

‘He wants our money but doesn’t want us to show up,’ Johnson said.

‘I thought we were friends. We’ve broken bread together several times. It’s almost like, do you smile in my face but behind my back you talk about me? I’d have felt better in 1979 if you would have just told me you don’t like African Americans, and then I would have known how to deal with you.

‘He has to step down or sell the team.’

The recording has prompted calls for a boycott of the team by the NBA and fans alike- including former sports broadcaster Keith Olberman and Snoop Dogg, who posted an expletive-laced video on his Instagram account.

‘A message to the motherf***** that owns the Clippers. You b****-a** redneck white-bred chickens*** motherf*****: F*** you, your momma and everyone connected to you, you racist piece of s***. F*** you,’ the rapper says in an Instagram video he posted to his account Saturday morning.

The NBA has now launched an official investigation into the recording, and the league’s spokesman Mike Bass called the comments ‘disturbing and offensive’.

This is not the first time that Sterling has been accused of being racist.

Making a statement: Magic Johns announced that he will not be attending any future Clippers games 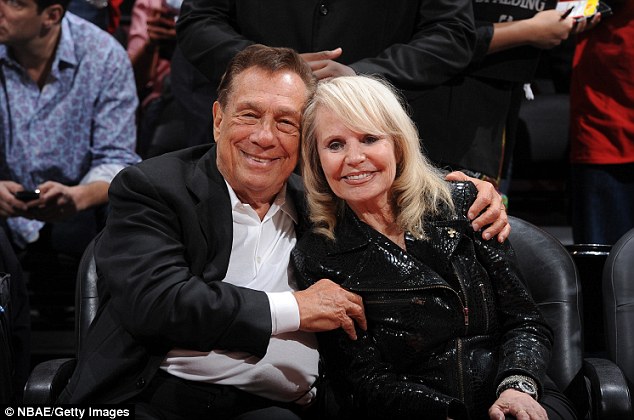 Estranged: Donald Sterling is still married to wife Shelly but the pair have been separated for years

He was sued twice by the federal government after refusing to rent apartments to minorities.

In a 2009 case, he was accused of refusing to rent to non-Koreans when it came to a property in Koreatown and refused African American tenants for a property in Beverly Hills.

He was reportedly accused of saying that he wouldn’t rent to Hispanics because they ‘smoke, drink and just hang around the building’.

He was also named in a 2003 lawsuit wherein he crudely described how he had sex with a prostitute who charged $500-per-tryst.