Dozens of tourists who shelled out hundreds of dollars for an exclusive African safari at Walt Disney World were sickened with a debilitating stomach virus that left them vomiting for days.

Health officials in Orlando, Florida, are working to track down the source of the mysterious bug, but they have not been able to determine what has made so many people ill.

The tourists were on the ‘Wild Africa Trek,’ a VIP tour of Disney’s Animal Kingdom wildlife park that allows VIP guests to see hippopotamuses, crocodiles and other exotic animals up close as they sample food from Africa. 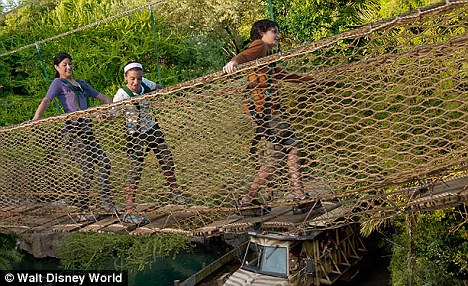 Disney has responded to the outbreak by making sure its employees are washing their hands more often and giving the tour a ‘deep clean’ — scrubbing down any surfaces guests are likely to touch. The park is also encouraging them to wash their hands and use hand sanitizer, the Orlando Sentinel reports.

The Wild Africa Trek is a pricy tour Disney added 18 months ago to give some guests the opportunity to have a more personalized view of the Animal Kingdom.

Groups are no larger than 12 and tours last three hours.

A ticket to the safari costs up to $250, the Sentinel reports. That’s on top of the $100 ticket price just to enter Walt Disney World.

‘The expedition is a true encounter with African creatures in their native habitat,’ Disney touts on its website. 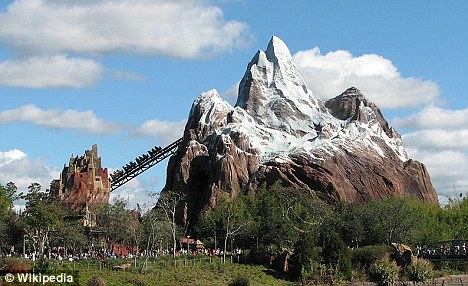 Deep clean: Disney has said workers have scrubbed the surfaces tourists touched in an attempt to determine the culprit of the outbreak

It includes a jaunt over a rickety rope bridge that crosses a river filled with crocodiles. Tour members are also suspended on an overhead track that gives them an aerial view of several of the sights in the park.

Some of the sickened customers said stomach cramps and vomiting for up to a week. A few said they had to be admitted to the emergency room to treat the horrible pain and nausea.

Most of the sickened tourists, though, said the virus passed within a few days and they thought little of it at the time.

Investigators with the health department are still trying to track down the source, though some of the tourists have said they were zeroing in on an infected pair of binoculars the tour members shared on the trip.