St. Louis surgeon Dr. Leslie F. Bond Sr. once told TheAmerican that he knew at age 5 that he wanted to become a physician.
“My father was a physician, and I enjoyed the whole time in preparation for being a physician,” Bond said when interviewed as 2007 Salute to Excellence in Health Care Lifetime Achiever.
“I’ve also had a great family, great children and great friends behind me. I’m very fortunate.”
And St. Louis was fortunate to have Dr. Bond in its ranks. In addition to being a physician, he was a civil rights activist who supported efforts to get jobs and political offices for African Americans in the region.
Bond passed away on Thursday, March 21, 2013 at age 85. 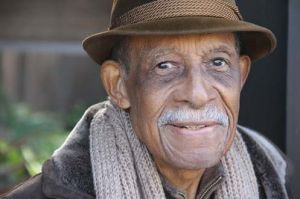 Bond started his private medical practice in 1958 in St. Louis after completing a residency in internal medicine and surgery at Homer G. Phillips Hospital.
“A gifted surgeon and a caring physician, he was an inspiration for many, including my family and me,” St. Louis American Publisher Donald M. Suggs, said. “I owe a very special debt to him for his patient mentoring of an obscure, bewildered dental intern at Homer G. Phillips Hospital.”
He was widely admired for his surgical skills and warm bedside manner.
“His work was exemplary, and he’s always been a likeable and attractive personality,” said longtime friend Dr. James M. Whittico Jr., who first met Dr. Bond at Homer G. He said Bond made friends everywhere he went and his patients loved him.
“I remember sometimes at night, I’d run into Les when he was making a house call and I was making a house call,” Whittico said.
“He had a very active practice in surgery. As we did in those days, we added a general practice along with our surgical practice. That was not unusual, because the specialty in surgery was just beginning to be sought by African-American surgeons.” 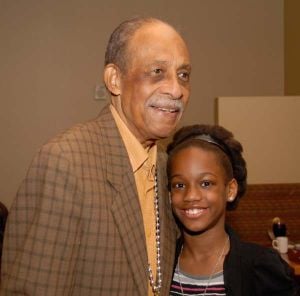 ‘Very instrumental’
Bond was also very involved in civic and community affairs. One friend said Bond came from good stock. He was a relative of national civil rights leader Julian Bond.
“He was very instrumental in the early days of raising the money that was key to us getting black folk elected to political offices that they’d never been elected to,” retired Congressman Bill Clay said. “He, along with a couple of doctors – Dr. Andrew Spencer,  Herman Russell and a little later on, Donald Suggs – they raised substantial money.”
“Les was a pillar of his community and along with his wife Anita, was a fearless agent for social change during very tumultuous times,” Suggs added. 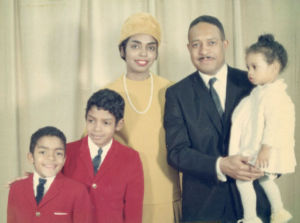 During the Jefferson Bank demonstrations in 1963, Clay said Dr. Bond made sure the doctors were unified with teachers, lawyers and other black professionals, taking one day a week to demonstrate against blacks being shut out of the job market in St. Louis.
“He and Dr. Jerome Williams were instrumental in organizing the doctors to support the effort of the demonstrators,” Clay said.
“For weeks they marched every Wednesday at Jefferson Bank. It was really a community effort that said to the white establishment in St. Louis that ‘you aren’t going to get away with what you are doing to our people.’”

Doctor’s son
Leslie F. Bond was born in Louisville, Kentucky to Ona and Dr. Henry Bond on February 20, 1928.  He was the middle child between his older brother, Charles, and his baby sister, Patsy.  His family moved to Galesburg, Illinois where he grew up. At age 16, he was class valedictorian at Galesburg High School.
Bond graduated from the University of Illinois in Champaign and attended Meharry Medical College in 1952, like his father before him. Upon graduation, Bond began his medical residency in St. Louis at Homer G. Phillips Hospital, where he trained in internal medicine and general surgery.
It was during this time that he met and married Anita Grace Lyons and went on to practice medicine out of his offices on Easton Avenue and Kingshighway for over 50 years.  After treating generations of patients, Bond retired in 2003. 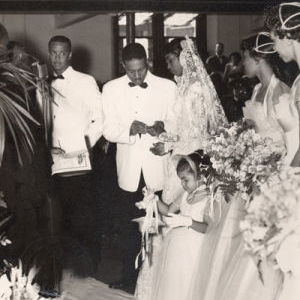 Bond was an active practicing physician on the staffs of Christian, DePaul and Forest Park hospitals and was an assistant professor of clinical surgery at Washington University School of Medicine. From 1996-1998, he served as medical director of Peoples Health Center.
The Bonds were the first black family to own a home on Lindell Boulevard, where he hosted many pickup football and basketball games for his sons, nephews and neighbors in the back yard. Bond always looked forward to weekly get-togethers with his dear friends and colleagues.
During his medical career, Bond served as trustee of the National Medical Association, and president of the Mound City Medical Forum, the Missouri Pan-Medical Association and the Homer G. Phillips Interns’ Association. Bond also served as chair of the Medicaid Advisory Committee for the State of Missouri, where he served for 20 years and chair of the Surgical Section of the National Medical Association.
Bond was appointed by then-Governor Mel Carnahan to serve on the St. Louis Board of Police Commissioners and by Mayor Francis G. Slay to serve on the St Louis Police Retirement Board. He is a lifetime member of the NAACP.
Bond founded and was the inaugural president of the St. Louis Chapter President of the National Association of Guardsmen, Inc., a national social club of professional men.  He belonged to the Eta Boule Chapter of St. Louis, and was a member of the Kappa Alpha Psi Fraternity, Inc.
Among his accolades, Bond was recognized as the Health Professional of the Year by The United Way of Greater St. Louis for outstanding contributions to the health community. In 2007, the St. Louis American Foundation honored Bond with its Lifetime Achiever in Health Care Award.
Bond is survived by his wife of 58 years, Anita; his son, Leslie F. Bond Jr.; his daughter, Candace Bond McKeever, and her husband, Steve McKeever; his sister, Patsy Ruth Berry, and three grandchildren, Noelle, Brent and Maddox Bond McKeever; as well as a host of nieces, nephews, extended family and friends.
“He was a friend and a close friend,” Congressman Clay said. “We could always call on him and know he would be on the right side of history.”
“He set a powerful example for civic engagement,” Suggs said. “Les was committed to his patients, his community and was completely devoted to his family. He will be missed, but his legacy of service endures.”
A memorial service celebrating the life and legacy of Dr. Leslie F. Bond Sr. will take place 11 a.m. Saturday, April 20 at Central Baptist Church, where he had been a member for decades.

Bloomberg on "Stop and Frisk": Whites Stopped ‘Too Much’ And ‘Minorities Too Little’