A mother-of-three was killed by her drunk and enraged boyfriend in front of her children, police said.

Belinda Joyce Thomas, 36, was chased and hit by a car, allegedly driven by her boyfriend Luis Antonio Santiago-Maldonado, 48, on Saturday in front of her home in Pinellas Park, Florida.

The fatal hit-and-run came after the pair had a violent argument at her home, in which furniture had been smashed and a window shattered. 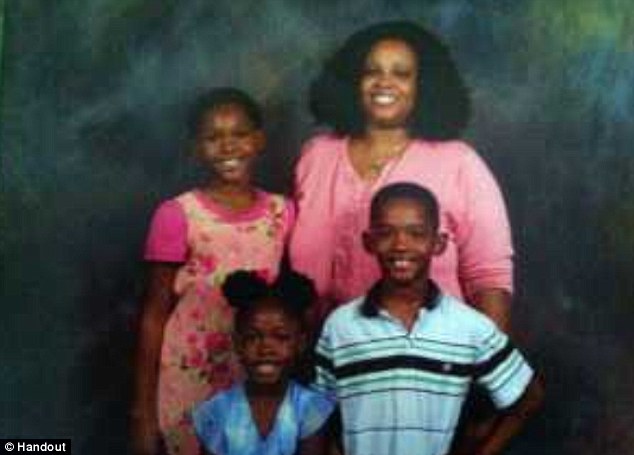 Mom killed: Belinda Thomas (photographed with her three children) was killed after her boyfriend allegedly slammed into her with his car

Thomas and her three elementary school-aged children ran out of the house to escape the raging man, but Santiago-Maldonado jumped in his car to follow them and slammed into Thomas, police said.

He then he drove off, leaving her children, Nadia, 10, and Kolby and Chelsea, wailing and calling out for their mother as they surrounded the dying woman, her family told the Tampa Bay Times.

After the deadly car attack, Santiago-Maldonado, who was described as reeking of alcohol and sobbing, fled to a friend’s home where he cried out: ‘I killed her. I killed her.’

Santiago-Maldonado, who earlier this year had been hospitalized for a mental evaluation, was arrested shortly after the deadly road assault on Saturday morning. 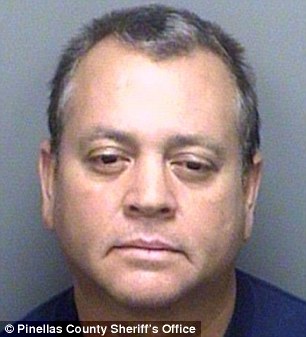 Arrested: Luis Antonio Santiago-Maldonado has been charged with the murder of Belinda Thomas, after they argued over his suspicions that she was cheating on him

He tried to resist arrest and attempted to slit his own throat before officers could subdue him, according to his 13-year-old nephew, Omar.

Police eventually had to Taser him and he was charged with first-degree murder.

He is being held at the Pinellas County Jail, without bond.

Thomas’ family remembers her as a source of joy, who was devoted to her children and her faith.

‘Everywhere she went, they went with her, too,’ her aunt Teresa Thomas said about how her late niece loved her three kids.

‘She always made sure they were happy.’

Santiago-Maldonado had been romancing the single mother of three for about one year.

He reportedly lavished the woman and her children with gifts and weekend trips, spending much of the $14,000 he received from his retirement for working at Publix, a Florida-based grocery chain.

But the picture of harmony changed over the summer, when Santiago-Maldonado’s drinking became excessive and he became suspicious that Thomas was cheating on him.

He entered a downward spiral of depression and attempted suicide two months ago.

His life was only spared at the last minute, when his friend discovered him with a cable wire wrapped around his neck as his face was turning blue. 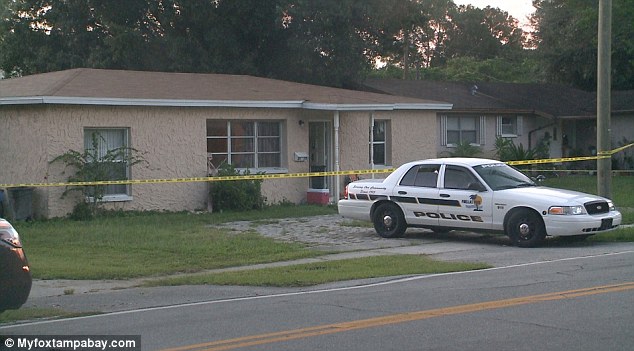 Arrested: Luis Antonio Santiago-Maldonado was arrested in front of this Florida home, near where his sister lives. He reportedly tried to slit his throat before police used a Taser and apprehended him

This week, he overhead Thomas speaking on the phone with a man and warned her ‘this is going to end up ugly.’

His rap sheet included charges of trespassing, DUI charges and a domestic battery arrest in 2010.

Santiago-Maldonado’s family called him a good man but said the influence of alcohol had made him crazy and mean. 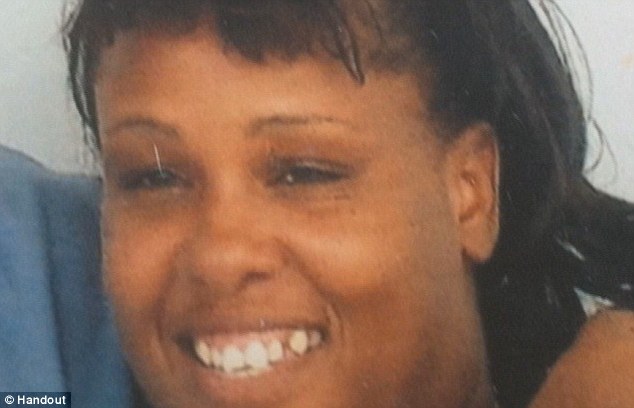 Remembering Belinda: Her family remembers the 36-year-old single mom of three as a constant source of joy