By November 14, 1775, when John Murray, Earl of Dunmore and royal governor of Virginia, issued his proclamation, his plan to offer freedom to slaves who would leave their patriot masters and join the royal forces was already well underway.
Dunmore understood that such an act would have a wide-ranging effect. Not only would it disrupt production, it was also feed the growing fear among the colonists of armed slave insurrections. Planters would be distracted from waging war against Britain by the necessity of protecting their families and property from an internal threat. At the same time, Dunmore’s own force of 300 soldiers, seamen and loyalist recruits, cut off from the support of British troops in Boston, would be reinforced by black fighting men and laborers.
Word of Dunmore’s plan was known as early as April, when a group of slaves presented themselves to him to volunteer their services. He delayed the decision by ordering them away, but the Virginia slaveholders’ suspicions were not allayed. On June 8, 1775, Dunmore left Williamsburg, taking refuge aboard the man-of-war Fowey at Yorktown. Over the next five months, he reinforced his troops by engaging in a series of raids and inviting slaves aboard the ship. On November 7, Dunmore drafted a proclamation, and a week later he ordered its publication. It declared martial law and adjudged the patriots as traitors to the Crown; more importantly, it declared “all indented servants, Negroes, or others…free that are able and willing to bear arms…”
Response from the colonists was immediate. Newspapers published the proclamation in full, and patrols on land and water were intensified. Throughout the colonies, restrictions on slave meetings were tightened. The Virginia Gazette warned slaves to “Be not then…tempted by the proclamation to ruin your selves” and urged them to “cling to their kind masters,” citing the fact that Dunmore himself was a slave holder.
In December, the Virginia Convention issued its own proclamation as a broadside, declaring that runaways to the British would be pardoned if they returned in ten days, but would be severely punished if they did not. The document began with a reminder of the penalty for slave insurrection — death without benefit of clergy — though in practice, it was used sparingly during the war.
By then, 300 black men had been inducted into “Lord Dunmore’s Ethiopian Regiment,” armed, and outfitted in military uniforms inscribed with the words “Liberty to Slaves.” By early June, however, Dunmore’s forces had been decimated by smallpox and the patriot’s defenses. In August, the British destroyed over half of their own ships and sailed out of the Potomac, taking the 300 healthiest blacks with them.
Although probably no more than 800 slaves actually succeeded in reaching Dunmore’s lines, word of the proclamation inspired as many as 100,000 to risk everything in an effort to be free.
http://www.pbs.org/wgbh/aia/part2/2h42.html

Dunmore’s Proclamation is a historical document signed on November 7, 1775, by John Murray, 4th Earl of Dunmore, royal governor of the British Colony of Virginia. The Proclamation declared martial law and promised freedom for slaves of American Patriotswho left their masters and joined the royal forces.
Formally proclaimed on November 14, its publication prompted a small flood of slaves (from both Patriot and Loyalist owners) to run away and enlist with Dunmore, although the numbers were small compared to the state’s total slave population. It also raised a furore among Virginia’s slave-owning elites (again of both political persuasions), to whom the possibility of a slave rebellion was a major fear. The proclamation ultimately failed in meeting Dunmore’s objectives; he was forced out of the colony in 1776, taking about 300 former slaves with him. 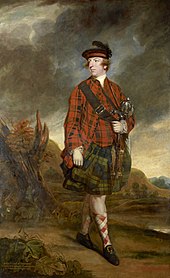 John Murray, 4th Earl of Dunmore, originally from Scotland, was the royal governor of the Colony of Virginia from 1771 to 1775. During his tenure, he worked proactively to extend Virginia’s western borders past the Appalachian Mountains, despite the British Royal Proclamation of 1763. He notably defeated the Shawnee nation in Dunmore’s War, gaining land south of the Ohio River. As a widespread dislike for the British crown (as a result of the American Revolution) became apparent, however, Dunmore changed his attitude towards the colonists; he became frustrated with the their lack of respect towards the British Crown. Dunmore’s popularity worsened after Dunmore, following orders, attempted to prevent the election of representatives to the Second Continental Congress.[2]
On April 21, 1775, he seized colonial ammunition stores, an action that resulted in the formation of an angry mob. The colonists argued that the ammunition belonged to them, not to the British Crown. That night, Dunmore angrily swore, “I have once fought for the Virginians and by God, I will let them see that I can fight against them.” This was one of the first instances that Dunmore overtly threatened to institute martial law. While he had not formally passed any rulings, news of his plan spread through the colony rapidly. A group of slaves offered their services to the royal governor not long after April 21. Though he ordered them away, the colonial slaveholders remained suspicious of his intentions.
As colonial protests became violent, Dunmore fled the Governor’s Palace in Williamsburg and took refuge aboard the frigate HMS Fowey at Yorktown on June 8, 1775. For several months, Dunmore replenished his forces and supplies by conducting raids and inviting slaves to join him. When Virginia’s House of Burgessesdecided that Dunmore’s departure indicated his resignation, he drafted the formal proclamation, signing it on November 7. It was publicly proclaimed a week later.

In the official document, he declared martial law and adjudged all patriots as traitors to the crown. Furthermore, the document declared “all indentured servants, Negroes, or others…free that are able and willing to bear arms…” Dunmore expected such a revolt to have several effects. Primarily, it would bolster his own forces, which, cut off from reinforcements from British-held Boston, numbered only around 300. Secondarily, he hoped that such an action would create a fear of a general slave uprising amongst the colonists and would force them to abandon the revolution.

Virginians were outraged, and responded immediately. Newspapers such as The Virginia Gazette published the proclamation in full, and patrols were organized to look for any slaves attempting to take Dunmore up on his offer. The Gazette not only criticized Dunmore for offering freedom to only those slaves belonging to patriots who were willing to serve him, but also questioned whether he would be true to his word, suggesting that he would sell the escaped slaves in the West Indies. the paper therefore cautioned slaves to “Be not then…tempted by the proclamation to ruin your selves.” As very few slaves were literate, this was more a symbolic move than anything. It was also noted that Dunmore himself was a slaveholder.
On December 4, the Continental Congress recommended to Virginian colonists that they resist Dunmore “to the uttermost…” On December 13, the Virginia Convention responded in kind with a proclamation of its own,[11] declaring that any slaves who returned to their masters within ten days would be pardoned, but those who did not would be punished harshly.
Estimates of the number of slaves that reached Dunmore vary, but generally range between 800 and 2,000.The escaped slaves Dunmore accepted were enlisted into what was known as Dunmore’s Ethiopian Regiment.The only notable battle in which Dunmore’s regiment participated was the Battle of Great Bridge in early December 1775, which was a decisive British loss.
Dunmore’s strategy was ultimately unsuccessful as his forces were decimated by a smallpox outbreak less than a year later. When Dunmore ultimately left the colony in 1776 he took 300 of the former slaves with him.
In 1779, British General Sir Henry Clinton issued the Philipsburg Proclamation, which freed slaves owned by Patriots throughout the rebel states, even if they did not enlist in the British Army. It resulted in a significantly larger number of runaways. It is estimated that up to 100,000 attempted to leave their masters and join the British over the course of the entire war. At the end of the war, the British relocated about 3,000 former slaves to Nova Scotia. Even though the numbers were small compared to the total slave population, more American slaves found their freedom through these proclamations than any other way until the Civil War.