By RUTH STYLES
PUBLISHED: 08:20 EST, 18 April 2013 | UPDATED: 10:11 EST, 18 April 2013
Dutch Vogue has sparked another racism controversy after running a fashion shoot that included  shots of white model, Querelle Jansen, 27, made-up to look black.
The blonde model was also given an Afro wig in an attempt to make the Dutch star look like Grace Jones and Josephine Baker – the inspiration for the Louis Vuitton A/W08 and S/S09 collections.

A retrospective look at Marc Jacobs’ work for Louis Vuitton, the magazine’s Heritage Heroes shoot attempted to recreate Jacobs’ inspiration for each season. 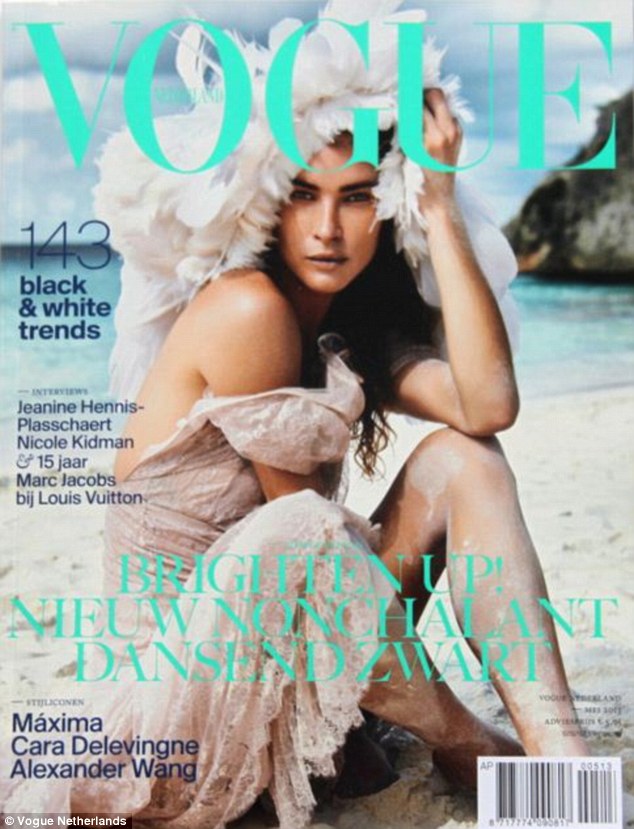 Controversial: The May issue of Dutch Vogue features a shoot in which a white model has been blacked up

Star: The shoot features Dutch model Querelle Jansen, who has been made up to resemble Grace Jones

But Dutch Vogue’s attempt to recreate Jones and Baker has caused outrage among bloggers, with many asking why the magazine didn’t substitute Jansen for a black model for those shots.

Fashionista.com’s Dhani Mau wrote: ‘A couple of alternative ideas: use a model who already looks something like Grace Jones or Josephine Baker without face paint.
‘Or just, you know, don’t paint a white person’s face black ever? Why is this even something we have to keep pointing out? European editors and stylists especially, it seems, are really not getting it.’
However, it seems that not everyone is convinced. Commenting on the site, Alexandrea Merrill wrote: ‘So would it be offensive if the makeup were green….or blue…..or yellow….? Because it was dark facepaint there is an imagined issue and therefore must be racist?

‘It seems so many are set to find offense in anything and everything these days. You “guess” that the pictorial is inspired by a particular collection? So based on your personal “guess” you cry racism?

‘We have all justified outrageous outfits, demanding that fashion is art, and expression of influences and personal experiences and imagination, but it can’t just be art when we like it. Sorry Dhani Mau, but you need to get over yourself.’ 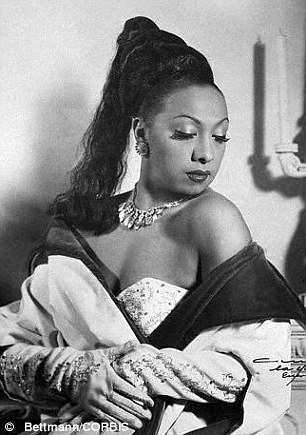 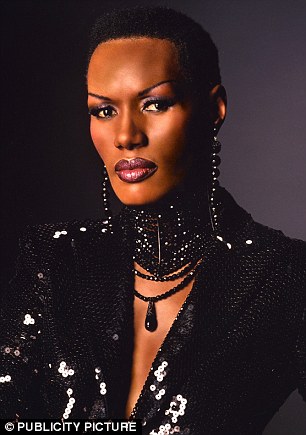 Others hit back, with ‘everything’ saying: ‘You are soooo offended that people get offended by things. You are ridiculous and tone deaf.

‘Blackface is racist. If NOTHING else in the world is racist, blackface is.’

The controversy comes in the wake of a shoot called African Queen in French magazine Numero, which featured a heavily bronzed white model.

‘It’s impossible to look at this and not ache for young women of color who want to pursue careers in modelling,’ said Jezebel blogger, Laura Beck at the time.

‘If jobs for “African Queen” photo spreads aren’t going to black women, what hope is there?’
But despite the howls of outrage, ‘blacking-up’ white models seems to have become a regular occurrence in recent years..
Along with Numero and Australia’s national airline, Qantas, both of which were forced to apologise, those who have made-up white models to look black include make-up brand Illamasqua, which withdrew its 2012 Christmas campaign after accusations of racism, and Vogue Paris which featured images of supermodel Claudia Schiffer sporting blacked up skin and an Afro wig.
Read more: http://www.dailymail.co.uk/femail/article-2311019/Dutch-Vogue-sparks-blackface-row-using-blonde-model-Afro-wig-face-paint-look-like-Grace-Jones.html#ixzz2QqMJ1JUk